I was at a wedding reception when a guy asked me, “Is someone sitting next to you?” I said, “No” without lifting my head to see who he was. He asked again, “Do you mind if I sit next to you?” I said, “Feel free.” When he sat down, he said, “Thank you.” In my head, I was like “What kind of respectful guy is that? Saying thank you because of a seat he could have taken without asking permission?” So I looked at him. He smiled. I smiled. He asked, “Are you here for the bride or for the groom?” In my head, I answered, “I’m here for the banku.” We were at the reception for food so why would he ask that? I answered, “I’m here for the bride. He’s a very good friend of mine.” He said, ”That’s good to know. I also came for the groom. He’s an old classmate.”

That begun a series of on and off conversations while watching the program rollout. When our table was called to go for the food he said, “Don’t worry, I’ll get yours for you.” He didn’t even ask what I wanted. He came with Jollof and meat when actually I was targeting banku and tilapia. His kindness paid for his sins of choosing the wrong food. I forgave him. 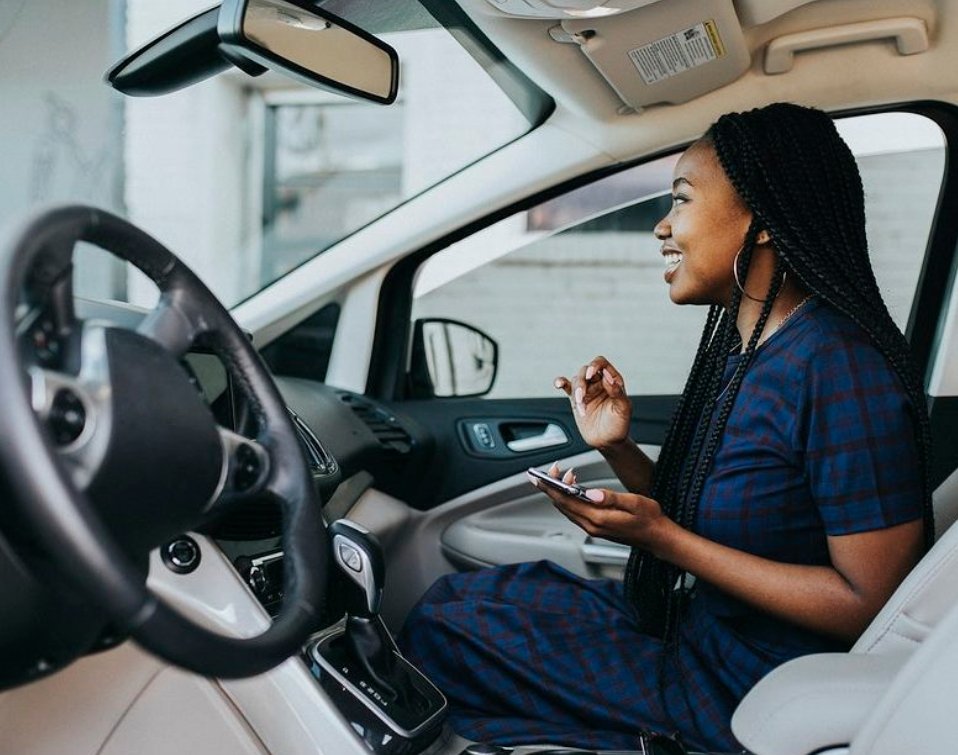 When everything was said and done, he asked me, “Can we talk some other time?” I answered, “Oh sure, why not?” Then he asked for my number. I gave it out and he also gave me his number. We said bye-bye to each other and yet went in the same direction. I was standing in front of the church when this guy stopped in front of me in an all-black Range Rover. I was surprised for some seconds. I asked myself, “A guy his caliber could be this down to earth?” Then I said to myself, “No the car is for his father. He’s too young to own a car this big.”

He asked me, “Where are you going?” I told him where I was going. He said, “Then let me drop you where it would be easier for you to get a car home.” I didn’t think twice about it. I hopped in. Wow. The temperature was good. The music was soothing. The fragrance was just what I liked. Now I was the one asking the questions. I asked, ”So what kind of work should I do to be able to afford a car like this?” He laughed. I said, “Oh I’m serious. You’re quite young but you have been able to buy a car like this. It means I can also do it if only I find the right work to do.” He said, “That makes sense but I didn’t do all the work to be able to afford this. I got a push somewhere. I got lucky too. It’s not all about the job.” I asked, “Are your parents rich?” He laughed again. Everything I said was funny to him but he was kind enough to answer every question I asked.

He was a manager for a company his father built. That car was bought for him as a birthday gift by his father. That was the push and luck he was talking about. It takes you forever to reach your destination when you are in a trotro. When you sit in a Range Rover, forever becomes a blink of an eye. Too soon I was at the junction I had to alight. When I got home, I called to tell him I was home. He said, “Good to know. Nice meeting you today.” I responded, “It’s my pleasure. Thanks a lot for the lift.”

I woke up each day anticipating his call but he didn’t call. Instead of thinking about my boyfriend, I woke up each morning thinking about him. All of a sudden, a three-year relationship with my boyfriend got faded. I questioned why I was with him. When he called, I wanted the call to be shorter so I can have space to fantasize about the guy with Ranger Rover.

It was a Saturday morning when I saw him calling my phone. I said, “I knew he would call but why wait for a whole week before calling?” When he called he asked, “Are you doing something today?” I said, “No I’m not. I’m always free on weekends.” He asked, “It’s exactly a week today when we met. Why don’t we meet and celebrate it? I laughed. I felt a tickling sensation in my brain. I said, “Tell me where and I will come.” A few hours later, I was with him and some other friends of his. They all smelled rich. Even the way they picked their food and put it in their mouth looked rich to me. I felt privileged to be seated with them. The food was good. The environment was posh. The encounter was rich. After everything, he gave me money for Uber back home.

From there, the calls became consistent. We met often. That was when my boyfriend also started complaining; “It looks like you don’t have my time these days, what is wrong?” You don’t call until I call. Even if I don’t call you all day, you don’t mind. Is someone taking my place?” My answer was always the same. “I’m good. We are good.”

For close to two months I was seeing this Range Rover guy. He didn’t tell me what he wanted from me. He only enjoyed going around with me and introducing me to his friends as his girlfriend, meanwhile, he hadn’t proposed. One evening, after an outing, I asked him, “What do you want from me? You often introduce me to your friends as your girlfriend, meanwhile, you haven’t said anything to me. What do you want me to do?” He said, “We’ll talk about it later.”

A week later, I was in his house. I spent all day in his house but this guy didn’t say anything. When I was about to leave, he tried to kiss me but I avoided him. I asked, “Why do you want to kiss me? Do you go about kissing all your friends?” He said, “But you’re not a friend? You’re more than a friend.” I asked him, “What’s the role of someone who is more than a friend?”

He was quiet. I said, “Maybe you’re finding it hard to talk about it but let me ask you, do you have a girlfriend? He was emphatic; “No I don’t have a girlfriend.” I said, “Don’t lie.” He said, “I won’t lie for anything.” I asked him, “So what am I to you?” He said, “I want you to be my girlfriend.” I said, “Then propose properly and let me see what I will do with your proposal. You don’t have to assume that I like you just because I’m hanging around with you. Propose first. Then we’ll know if we’ll kiss or not.”

Another month passed, he didn’t propose. My boyfriend was also on my neck every day asking me what was wrong. One evening my boyfriend came around and for about thirty minutes, he was there begging me not to leave him, “You’re having doubts, I know. Whatever I’ve done that you’re treating me this way, please forgive me. Don’t destroy us.” My boyfriend wasn’t always like that. He mostly treated our relationship like a passive thing. He started putting up a show when he sensed that he was losing me.

One evening, the Range Rover guy called. He said, “I’ve traveled to the US. I’ll stay for a while. When I come back, be ready for a serious relationship.” I’ve never been angrier in my life. I asked him, “So, why didn’t you tell me you’ll be traveling?” He said, “It escaped me. Forgive me.” I said, “I was with you two days ago. You called me this morning. Do you mean it didn’t click that you should inform me? He said, “I wanted to surprise you.” I told him, “It worked. I’m very surprised.”

But it gave me a clearer picture of who I was in his life—nothing. I was just someone he enjoyed taking for granted. Maybe he wanted to sleep around with me without any commitment or he only wanted to be friends with benefits. My eyes got cleared that very evening. I made a decision not to entertain him again. It looks like he also made a decision not to entertain me that much. He stopped calling whiles there. I didn’t call too. One day he posted a photo of a girl on his status, wishing her a happy birthday. The message wasn’t was deeper than ordinary. I sent him a message, ”Is that your girlfriend?” He said, “Yeah, but we broke up for some time and came back together recently.” He was still typing when I blocked him midway.

Back to factory settings. No more dreaming of a guy with a Range Rover. I moved on. When I left the Range guy, I kept acting like I didn’t want the relationship with my boyfriend. I continued acting hot and cold with my boyfriend and he was always chasing after me. The day he started talking about marriage, I started laughing. I asked him, “What’s pushing you?” He said, “It’s because I don’t want to lose you to anyone else.” I said, “But I’ve always told you there’s no one else?” He said, “I know but anything at all can happen.”

We married a year ago and today, I’m happy that I made the decision to marry him. We don’t own a Range Rover yet but the temperature of our marriage is good. The music of our lives is soothing. The fragrance is just what I like.