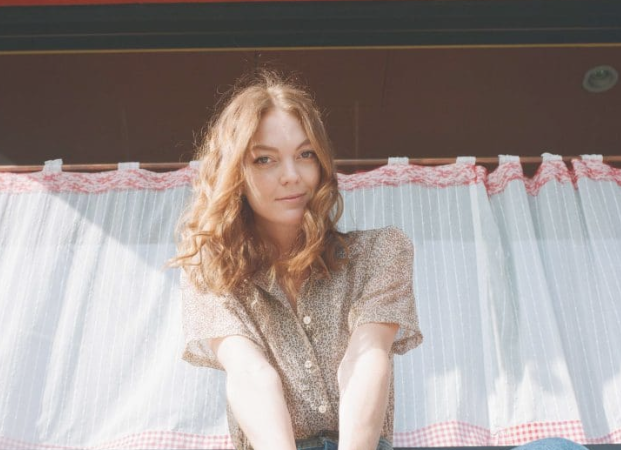 Who is Emily Coutts?

Emily Coutts is a Canadian actress, writer and producer, who gained recognition as Lt. Keyla Detmer in the TV series “Star Trek: Discovery” (2017-2021), and as Erin in the TV series “Clarice” (2021), among several other notable roles.

Emily Coutts was born on 4 July 1989 under the Cancer zodiac sign, in Canada. Emily hasn’t talked about her childhood and where she spent her early years, however, she’s said that she fell in love with performing at an early age, gathering neighbors in front of her garage in which she would set up a stage and perform.

She started attending singing lessons, which then led to an appearance in the play “Annie”. While in high school, she started appearing regularly in school plays, but also served as a director, which only further sparked her wider interest in the performing arts. She moved to Toronto after matriculation, where she enrolled at York University and obtained a degree from the university’s drama program.

Following her graduation, Emily made her professional debut as Anchor in the mystery-thriller film “The Bright Side of the Moon” (2011), while in 2012 she featured in the TV series “The L.A. Complex”, and made an appearance in the TV action series “Transporter: The Series”, starring Chris Vance, Francois Berleand and Charly Hubner. She continued to appear in minor television roles, such as Waitress in the teen-drama series “The Next Step” in 2013, while in 2014 she featured in the television romantic-drama movie “Best Christmas Party Ever”, with Torrey DeVitto, Steve Lund and Linda Thorson in the lead roles.

Emily’s career was rising steadily, and in 2015 she made her film debut, when she played the female lead of Emma in the comedy-drama film “Barn Wedding”. Emily also worked on the story for the film, alongside Kelly McCormack and Shaun Benson, who was also the director of the film. Next, she joined Mia Wasikowska, Jessica Chastain and Tom Hiddleston in Guillermo Del Toro’s horror-fantasy film “Crimson Peak”, as Eunice, which was her breakthrough performance. She has talked about her work on the film numerous times, saying that it was only beneficial to work with Guillermo and the film’s other stars

After a few appearances in short films such as “Can’t Close a Painted Eye” and “Cherry”, both in 2016, Emily was cast in the role of her career, as Keyla Detmer in the TV sci-fi action series “Star Trek: Discovery”. Her character was planned for just two episodes, but after her marvelous portrayal, it was re-written into the story and received a promotion, thus she became known to the world as Lieutenant Keyla Detmer. She has appeared in 40 episodes so far, next to Sonequa Martin-Green, Doug Jones, Anthony Rapp and Mary Wiseman, among other stars of the Primetime Emmy Award-winning series. She has captured many fans due to her unique look, which includes cybernetic implants on the left side of her face, including her left eye.

Emily has also worked on several other projects, including the mystery-drama film “Goliath” in 2019, starring Michelle Mylett, Jon Cor and Andrea Roth, then the film “Hazy Little Thing” in 2020, co-starring with Erin Margurite and Jade Hassoune. Furthermore, she’s written and produced the short film “Dear Jesus”, in which she starred next to Quincy Kirkwood, Lilly Bartlam, and Carlyn Burchell. Most recently, she played Erin in two episodes of the new TV series “Clarice”, a psychological horror crime-drama about FBI agent Clarice Starling, and her life a year after the events depicted in the film “The Silence of the Lambs” (1991). The titular role is portrayed by Rebecca Breeds.

When it comes to her personal life, Emily is engaged to film producer and director Lexy Altman, and has shared a picture of the ring on her official Instagram page. The two have been together for a few years, but Emily has rarely talked about their romance in public.

As of mid- 2021, Emily Coutts’ net worth has been estimated to be around $1 million, earned through her successful career as an actress, during which she’s appeared in more than 25 film and TV titles, all of which have contributed to her wealth.

Together with Lexy Altman, Emily has decided to go vegan, and the two are growing their own food.

She is rather adventurous, and has shared pictures from her travels on her official Instagram page.

She loves beaches and mountains, and such scenes prevail in her pictures. She loves to experiment with photography and is looking to make her debut as a director, hoping to turn “Dear Jesus” into a full-length film.

Since obtaining the role of Keyla, Emily has become a sci-fi enthusiast. and has gone through the full “Star Trek” history; she’s now often spotted at ComicCon and similar events. Emily has become great friends with her “Star Trek” co-stars, including Oyin Oladejo and Anthony Rapp.

She officially moved to Los Angeles, California in February 2021, after years based in Toronto.