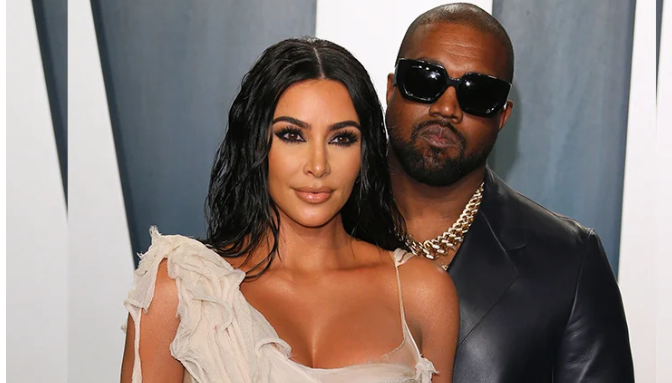 Relationship between former Hollywood sweethearts, Kim Kardashian and Kanye West, has continued to worsen with fresh allegations released by West amid their ongoing divorce.

Kanye took to his Instagram page on Sunday to allege that Kim accused him “of putting a hit out on her”, a slang for ordering to get someone killed.

He further accused her of trying to ostracise him from his children by branding him a thief and drug user.

In his words, “Yesterday, Kim accused me of putting a hit out on her, so let me get this straight, I beg to go to my daughters party and I’m accused of being on drugs, then I go play with my son and I take my Akira graphic novels, and I’m accused of stealing.

“Now I’m being accused of putting a hit on her. These ideas can actually get someone locked up. They play like that with black men’s lives whether its getting them free or getting them locked up. I’m not playing about my black children anymore.”

The rapper had earlier been in a back and forth with Kim as regards their children’s social media usage. On Friday, West has expressed his discontent about his eight-year-old daughter, North, having a TikTok account.

Hours later, Kim had condemned him for his constant attacks against her ever since their divorce became public. She also maintained that North’s use of TikTok was highly supervised.

Kanye further released screenshots of conversations between himself and someone he claims to be Kim’s cousin.

The said cousin who had promised to defend him publicly by condemning North’s presence on TikTok, took a U-turn, advised him to use medication, and afterwards tried to get favours from him.

“This is an example of Kim’s cousin agreeing with me about TikTok, then proceeding to ask me for some Yeezys afterwards. Her other cousin, Kara called me saying she agreed with me, then said she would speak out publicly which she never did then she suggested I take medication,” West said.

Reminiscing on his past, the Donda rapper further accused his mother of destroying his relationship with his father, and maintained he would not allow the same situation repeat itself with his children.

“My dad didn’t have money or a public voice when my mum destroyed me and his relationship. I do this is for every parent on either side whose kids futures are being one sidedly (sic) controlled. I don’t even have the right to get angry as a father without being called erratic.

“I gave that family the culture, if they as a whole unit keep playing games with me I will take that culture back. A father should never have to beg for the location of their children,” he wrote.