She has previously appeared on the South African soapie Rhythm City and MTV Shuga: Alone Together. Nomalanga also worked for Gagasi FM for a number of years.

The BET Africa host recently shocked everyone when she took to Instagram to share a “magazine cover” lookalike picture to announce her pregnancy. 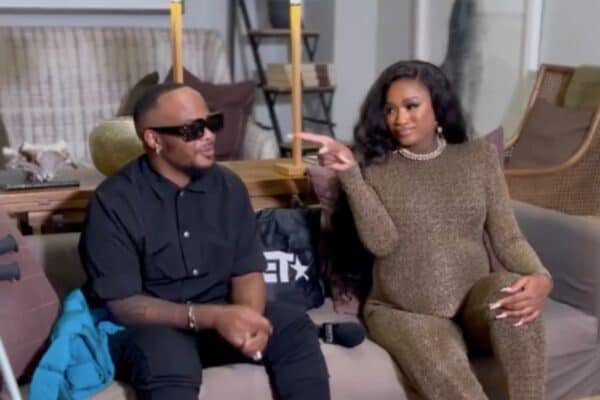 Because Nomalanga has been incredibly private about her love life, fans were left wondering who her partner was after the announcement.

She later revealed that she was dating one of the Major League DJs twins Bandile Mbere in such a casual way. Through a series of posts shared to the official BET Africa social media accounts.

Who is Bandile Mbere
Bandile Mbere is part of the highly popular Major League DJ duo (alongside his twin brother, Banele.

The pair started out in the hip hop industry and have since taken the proudly South African genre of Amapiano international along with a number of popular South African Amapiano acts.

In the videos shared by BET Africa, ‘The Flame’ as known to her fans and friends, accidentally revealed that she’s expecting a baby girl during her speech at her baby shower.

“And our baby is happy, ‘she’s’ been kicking since the speeches have started”, she blurted out to a table of people like Banele, Cassper Nyovest, Ayanda Thabethe, Tshego Koke, Uncle Vinny and the couple’s other friends.

“First of all I’d like to thank BET for putting this together and I know it wasn’t easy”, Nomalanga said.

According to the caption under one of the videos “#BecomingTheRents” is coming soon to the channel.

Details about the show have not yet been released, however, they will be shared in due course.

Nadia Nakai and AKA’s ‘best friend’ having a ball of a time Although it has not been confirmed whether AKA...