HomeEntertainmentsYour Husband Is a Useless Man And He Can Sleep With His Children- Ubi Franklin asks in leaked audio conversation with baby mama, Sandra Iheuwa (Watch)
Entertainments

Music executive and businessman, Ubi Franklin has been heard in a leaked audio accusing his baby mama, Sandra Iheuwa’s estranged husband of allegedly being a pedophile. 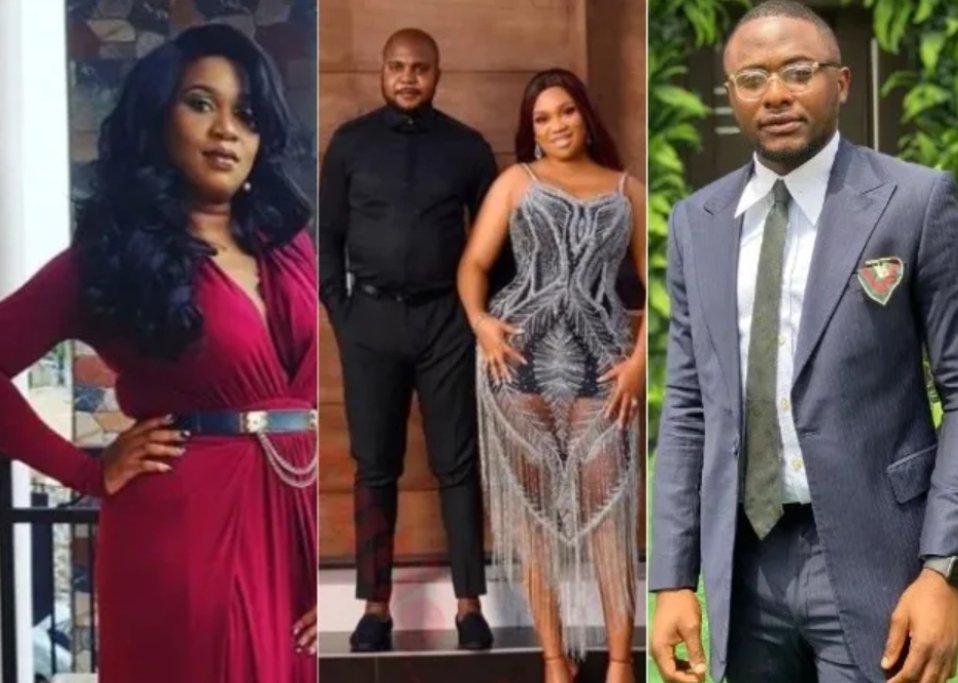 Ubi was heard saying in the audio that he told Sandra to leave Steve Thompson because he’s a useless man and has the capacity to sleep with her children, but she didn’t listen to him.

Sandra Iheuwa’s brother, Dozie who leaked the audio, accused Ubi of gaslighting his sister for stories to sell. He also stated that he can’t be quiet anymore.

Here are the Voice Calls Recordings of him trying to gas light my sister, listen to him call Steve a “PEDOPHILE” at this point I can’t be quiet anymore. Useless set of people going around gaslighting people so they can find content to sell to blogs, how can you push people to the wall and not expect consequences? I am a very reserved person, but messing with my family, most especially my sisters is a different ball game. Me and the person in question shared a womb together. Same Mother, Same Father. I take that very seriously. Don’t you dare think there won’t be severe consequences. Again, call my bluff please.

In another audio, Ubi was heard asking Sandra about their child. Sandra told Ubi who wanted access to their daughter, to call her parents and they will allow him see their daughter.

However the businesswoman got angry after Ubi asked what their child is doing in Nigeria with her parents. She described the question as a “stupid” one and also asked him never to ask her such a question again.

This is where the gaslighting takes flight, there will be no more post from me concerning this issue online. Call my bluff and we see when we see.

Dozie also warned Ubi to stay away from his sister as he would be held responsible should anything happen to her. He stated that Ubi Franklin is quite childish and has been unable to handle rejection

According to him, Sandra has blocked Ubi several times but he keeps calling and fabricating lies against her. Dozie further told the music executive to let her be as all she wants is to be at peace with her family.