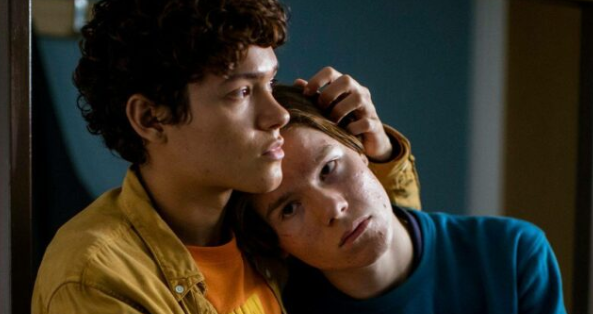 You’ve probably wondered what would happen if you combined Élite and The Crown with a heavy dose of Skam, the Nordic counterpart of Skins. Well, here’s your chance to find out. We didn’t think so, but that didn’t stop Lisa Ambjörn, Lars Beckung, and Camilla Holter from doing just that with Young Royals, Netflix’s latest teen obsession. Lisa Ambjörn, Lars Beckung, Camilla Holter Fortunately, it works, and the show is even more addicting than you might expect from the premise.

Season one followed Prince Wilhelm as he managed the complexities of royal responsibilities while also pursuing a young love at Hillerska Boarding School. Swedish royalty was forced to choose between the throne and his feelings for Simon, a fellow student whose family is not exactly of the royal sort, by the end of the first season.

The program had to be renewed immediately after such a dramatic cliffhanger, and Netflix has already confirmed that Young Royals will actually return for a second season, which is wonderful news. Having learned of the official renewal, here is everything you need to know about Young Royals season 2.

There is currently no official release date for Young Royals season 2 available. Netflix, on the other hand, tends to release new seasons of their popular television shows on a yearly basis, thus it’s likely that Young Royals season 2 will premiere around July 2022. Season 2 of Young Royals is expected to consist of six 45-minute episodes, similar to the first season.

Netflix announced that filming for Young Royals season 2 had begun on February 25, 2022, through the release of a trailer featuring the actors.

As things stand, it appears that all of our favorite characters from the first season of Young Royals will be returning. Look forward to the return of Edvin Ryding (Wilhelm) and Omar Rudberg (Simon) for yet another season of romance and drama. Additionally, we anticipate the return of Malte Grdinger (August), Frida Argento (Sara), Nikia Uggla (Felice), and Natalie Varli (Madison) as well as other cast members.

Aside from this, Carmen Gloria Pérez should return to reprise her role as Simon and Sara’s mother Linda, and Pernilla August should reprise her role as Wilhelm’s mother, Princess Kristina of Sweden. In terms of Ivar Forsling, he is unlikely to reprise his role as Wilhelm’s brother now that Prince Erik has passed away. Having said that, he might still appear in flashback scenes.

We also anticipate that the program will bring back some of its supporting characters and introduce us to some new members of the ensemble.

Wilhelm and Simon’s relationship swiftly came crashing down after a sex tape featuring the couple was leaked in August. Wilhelm was persuaded to lie about his role in order to protect his family, but in doing so, he also betrayed Simon in the process, which he regrets.

Wilhelm inquires of Simon in the season one conclusion, asking if they may continue to be together in secret. Anything more than that could have a negative impact on the Crown’s image. For Simon, though, this isn’t good enough, and as a result, things between them are officially over. Or at least that’s what he believes because it’s evident at the conclusion that both kids are still in love with each other.

Do you think Wilhelm will continue to follow his mother’s orders in season two? We have our doubts. Given that he and Simon will continue to encounter each other at Hillerska, there will be a great deal of sexual tension to deal with in future episodes… although this is presuming, of course, that Simon can even forgive Wilhelm for what he did in the first place…

Season two of Young Royals will feature a great deal more struggle between duty and desire, as well as the fallout from August’s betrayal of the royal family. We never put our faith in him!

Things are “about to become crazy,” actor Omar Rudberg said (via The Mud Mag) before Netflix officially confirmed the return of Young Royals on the streaming service.

According to Omar, “I honestly have no idea what is going to happen.” “However, if you look at the series and consider what it exposes about the characters towards the conclusion of the series, I believe that a lot is going to happen. If there is going to be a season two, which I sincerely hope there will be, I think it would be absolutely incredible. The drama is about to escalate to a new level, and things are about to go insane.”

“Lots of drama and lots of scenarios are in store for him, in my opinion! More singing, please! And I’m hoping that everything goes according to plan for him!” Omar went on to say (via TheAntiMagazine).

Hopefully, this indicates that good things are on the way for Wilhelm and Simon..

Regardless of what occurs, season two’s plots will be dense – there is a lot to fit into the six-episode span.

The first season of The Walking Dead had a number of storylines that were cut short, as is always the case, and I’m a writer who has an issue with trying to cram too much into a show’s first season. So I feel like we haven’t even begun to scratch the surface of some of the ideas and character developments, and there is still a lot to unravel “Ambjörn, the magazine’s head writer, spoke with The Next Rush Magazine.

“It’s a story about what happens when someone begins to challenge a powerful system that has existed for a long time. Because guys have traditionally held positions of authority, it seemed appropriate to center the plot around masculinity. The relationship between Wilhelm, Simon, and August can almost be described as a “triangle drama,” in the sense that August and Simon compete for Wilhelm’s attention, pushing and tugging him in different directions at different times.”

There is currently no Young Royals season 2 trailer available, but we will notify you as soon as one becomes available.