Wanted suspected cultist, Rasheed Hammed, also known as ‘Rasidi Baale Oko’lu,’ has threatened to unleash violence in the Ede area of Osun State, unless police operatives and members of Oodua Peoples Congress desist from hunting him and residents of Isale Osun, Ede. 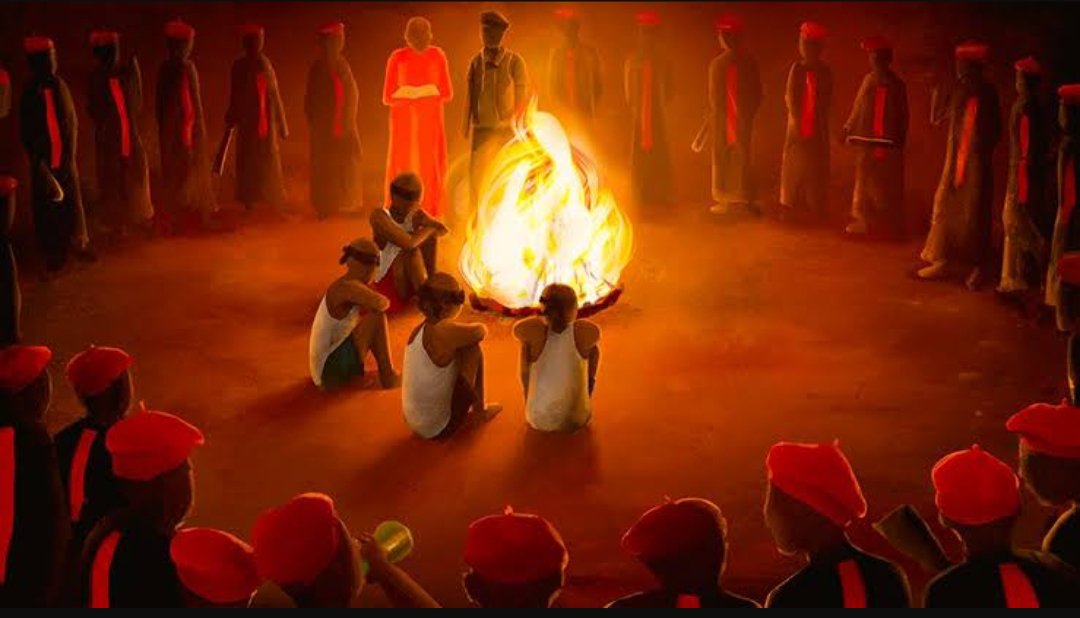 Rasidi, a welder by vocation, is being trailed by the security agents for allegedly causing death of many people in Ede community.

Recently, he was allegedly linked to the death of Hassan Adedeji, a Higher National Diploma graduate of Banking and Finance of Federal Polytechnic, Ede, awaiting his call-up letter, as well as, an Okada rider, whose identities were not made known.

Before that, he was alleged to have been involved in dearly clashes with the OPC men at different times in the community, which had resulted in death of many residents.

But Rasidi in a voice note obtained in Osogbo on Thursday, said his decision not to join OPC was because those that invited him were involved in crime, was the genesis of his travails.

Speaking in Yoruba language, Rasidi also accused Timi of Ede, Oba Munirudeen Lawal, of using some OPC to hunt him and called on elders of the community to intervene, or he would return to the town and cause unrest.

Rasidi in the voice notes said one Doki Oodua of OPC, and Oriade had invited him and his boys to join OPC, but he declined because of advise from those that were already members of the group, who told him that those that invited him were armed robbers.

“I am a thug and I was earning money on the street. I don’t steal. I am not a thief. I am an artisan. I am a welder. They wanted me and my boys to join them in OPC. But then I have people I regarded as mothers and elderly ones that were OPC members. Those people told me that those that invited me to OPC were thieves, especially Doki. In my presence, one of those that invited me to OPC went to steal an iron rod and he killed someone at the scene about 5 years ago in Ede here.

“Despite their antecedents, some elders in the community still indulged and continue to associate with them. I rejected the invitation to join OPC. That made them attack my base. They came in the early hours of February 2, 2020, but we dealt with them. Those that came were OPC members. Because they suffered heavy casualties, they had to join forces with a member Special Anti Robbery Squad from Osun police Command.

“Timi of Ede ordered us not to involve in violence again and we all abide by the order. But after all that, the OPC men still attacked me on December 4, 2021, and two of my younger brothers were killed right in front of a police station. And one other that ran into the police station was traced into the station and he was killed in the presence of the policemen.

“Few of the elders that spoke to me only pleaded but no action was taken to punish the perpetrators. I listened to the pleading and I mourned the dead. I bought gifts, made stickers campaigning for peace in Ede land. I funded street light project in our area, I distributed food items to all the mosques in our area. After all the efforts, these OPC men still attacked and killed my elder brother at Owode, Ede. Apart from the deceased named Kehinde, my younger brother was shot in the stomach and I was also shot several times and they went away with my vehicle.

“After that, Doki Wakili, Oriade and Jagunlabi killed my mother. She was killed on Tuesday, 22nd February 2022. I hereby appealed to all indigenes, Osun State Government, Federal Government to intervene. All royal fathers in Osun should also intervene.

“Some OPC men also came to Isale Osun on 9th March, they packed people’s property and took them away in five buses. No one could do anything about it. I am using this medium to tell all Ede residents that I am coming and when I return, the effect will be felt by many people. Those not involved in the crises will pay for it. Before now, people used to see me and greet me. But when I return, if you see me, you see death. I see you, you die, you see me, you die,” Rasidi said.

But Timi of Ede, Oba Munirudeen Lawal, denied involvement in the disagreement between OPC and Rasidi, adding that he never ordered that the man’s head should be brought by anyone.

The royal father, while speaking at the turning of sod for 180 housing units project for civil servants in the state in Abere on Thursday said, “It (insecurity in Ede) was an issue between OPC men and cultists. I am not supporting any of them because I don’t know any of them, either Rasidi or the OPC members.

“The people disturbing the peace of Ede land are few in number. I don’t know them and neither do I send them to go and bring me the head of Rasidi. Rasidi has sent a lot of voice notes out in which he insulted me, despite not knowing him. Ede is a peaceful land. I am calling on the government to please come to our aid and save us from this situation and find a permanent solution to it.”

Meanwhile, Osun State Police Command has declared Rasheed Hammed also known as Rasidi Oko’lu wanted, saying anyone that harboured him would also be treated as a criminal.

A statement by the Police Public Relations Officer for Osun Command, Yemisi Opalola, said Rasidi was wanted in connection with offences of murder, arson, ritual killing and armed robbery.

It further read, “suspect has been causing menace in Ede and the entire Osun state. Anybody by harbour the suspect will be treated by the police as accomplice to the crimes. Anybody having useful information to his whereabouts will be handsomely rewarded.”