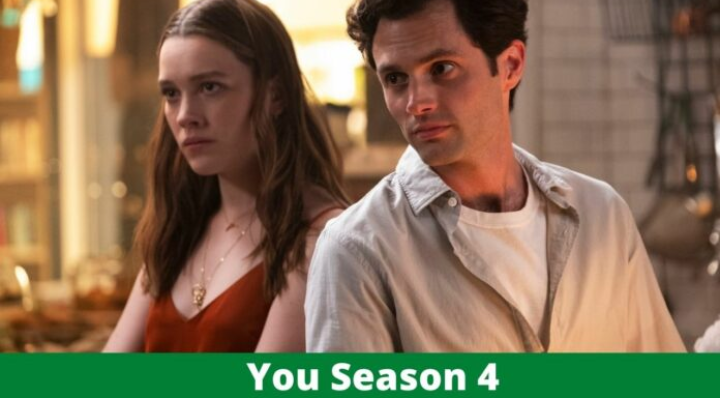 You may have only recently finished watching You season 3, but it has already been announced that Joe Goldberg will be back for more as You season four has been confirmed – and things will likely get much more problematic for him.

Because a significant character died in You season three, the environment will be changed when the show returns. But Joe (Penn Badgley) and his violent desire for happily ever after will undoubtedly continue to raise eyebrows.

I believe Joe will be the same,” Badgley told TV Line. “Someone this severely unwell, troubled, traumatized, and violent faces a significant challenge if they are to heal and change. I’m not sure if it’s really conceivable for someone so far gone.”

Sera Gamble, showrunner, stated in a statement announcing the fourth season, “We’re extremely grateful that Netflix has given You such massive support and that people across the world have enjoyed watching Joe truly go it all very wrong over the past three seasons.” In season four, the entire You team is excited to explore new, dark dimensions of love.”

Continue reading to learn all you need to know about You season four, including the brand new teaser trailer, cast updates, and – spoiler alert – what happened at the end of season three.

There is no known release date for You season 4 at this time.

The fourth season of You has yet to begin filming, so we may be in for a lengthy wait. We’ll keep this page updated when additional information becomes available.

Season one of You premiered on December 26th, 2018, and season two premiered exactly a year later on December 26th, 2019. While You was swiftly renewed for a third season in January 2020, due to the pandemic, filming was delayed and not completed until April 2021, with the series streaming on Netflix six months later.

Hopefully, if work on season four begins in early 2022, we’ll be able to see episodes before Christmas 2022.

It wouldn’t be You without Penn Badgley returning his part as creepy Joe, who is now a widower and attempting to start a new life away from son Henry after faking his own murder at the hands of late wife Love Quinn.

Meanwhile, on February 17th, 2022, Netflix reported that Euphoria star Lukas Gage has been cast in a prominent role as Adam in the series.

Will Adam turn out to be Joe’s buddy or foe?

Meanwhile, there is the possibility that additional characters will return, with Tati Gabrielle as former librarian Marienne, who became the target of Joe’s obsessions in the third season, being the most likely suspect.

However, after discovering his actual identity from Love, Marienne fled town, and the season closed with Joe attempting to locate her in France.

Dottie Quinn, played by Saffron Burrows, is now the sole surviving member of the Quinn clan and may seek vengeance for her daughter Love if she discovers Joe is still alive.

Other returning characters include any of the surviving characters from past seasons, however, Joe appears to have left most of them behind.

However, we doubt Joe will be able to completely let go of Henry.

Finally, considering that Guinevere Beck (Elizabeth Lail) appeared posthumously in the second season, we doubt Joe will be able to let go of his late wife Love Quinn (Victoria Pedretti) so quickly. Perhaps Love will come back to haunt him in the future season?

Season four of the blockbuster Netflix series may be the final season, and in a recent interview with Vulture, star Penn Badgley discussed what he thinks should happen to killer Joe when the drama concludes.

“Punishment is necessary, but what type of punishment is most effective?” “The irony with Joe is that death is almost too simple for him,” he argues, adding that Joe could be tortured (“he deserves it, but does anyone deserve to have to do it?”). is simply cursed to be wretched for the rest of his life (“but he is already miserable.”)

So far, each season of You has been based on one of Caroline Kepnes’ novels: season one is based on her book You, season two is based on Hidden Bodies, and season three is based on You Love Me, which will be released in April 2021. Kepnes has said that she is working on a fourth novel, although it is unclear whether it would serve as the foundation for the next season of You, or which will come first – the book or the series.

So, what may Joe be up to in the coming season? If you’ve finished season three (and if you haven’t, stop reading now because there are spoilers ahead), you’ll know that Joe faked his own death (by chopping off two of his own toes! ), left his baby Henry in the care of couple Dante and Lansing, and framed Love for all their crimes before killing her with aconite and setting their house on fire.

Love’s stunning death, on the other hand, came as no surprise to Victoria Pedretti, who told TVLine that she knew the season would not end well for her character. “I knew early on that [Love] was going to die at the end of this season.” I knew I wasn’t going to be on the show for more than two seasons, so I figured she’d die.”

While Joe was last seen looking for his new fixation Marienne, whom he believes has gone to Paris, his love for his son is likely to lure Joe back to California. A new season could have Joe (now known as Nick) stalking his own child, possibly to protect Henry from the return of Love’s unstable mother Dottie.

Love is unlikely to be alive (though everything is possible in the universe of You), but she (and Victoria Pedretti, who plays her) could return in Joe’s imagination to haunt him, just as Beck did in season two.

Is there a trailer for season 4 of You?

While there isn’t a complete trailer yet, Netflix did post a teaser to reveal season four on October 13th, 2021 with the phrase “YOU season four is in the [body] bag.”