HomeSociety NewsYou Must Marry Me! Lady Dragged Gateman For impregnating Her And Refusing to take Responsibility (Video)
Society News

A video circulating online shows dramatic scene that played out on the streets between a gateman and a bread seller whom he was allegedly intimate with. 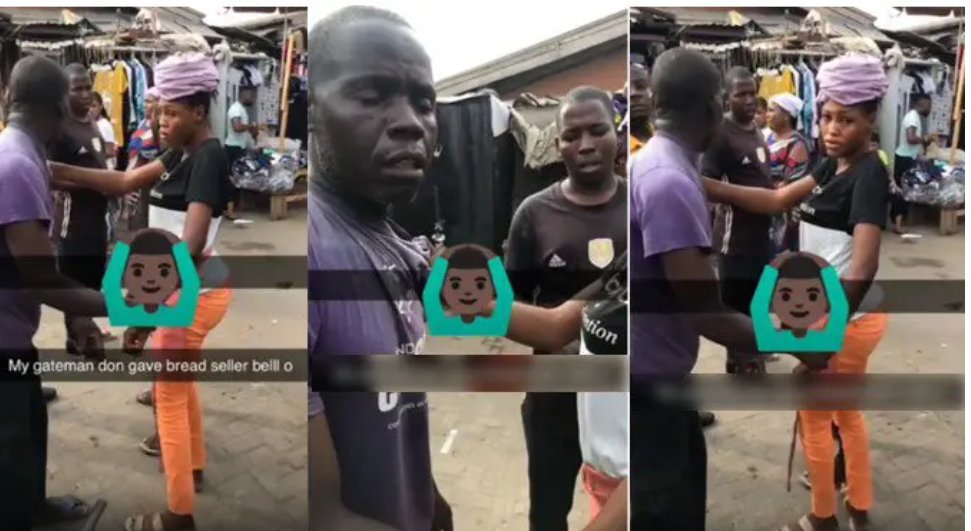 The gateman was accused of impregnating the bread seller and he reportedly denied being responsible.

In the video clip, the girl could be seen holding his clothes firmly as bystanders tried to intervene. A man who recorded the drama, claimed that the gateman works for him.

He asked why he impregnated the bread seller and refused to accept the unborn baby.