Iconic Nigerian Superstar, 2face Idibia has reacted after show promoters made him less prominence and allowed Grammy award-winning singer Burna Boy to stand out in a poster. 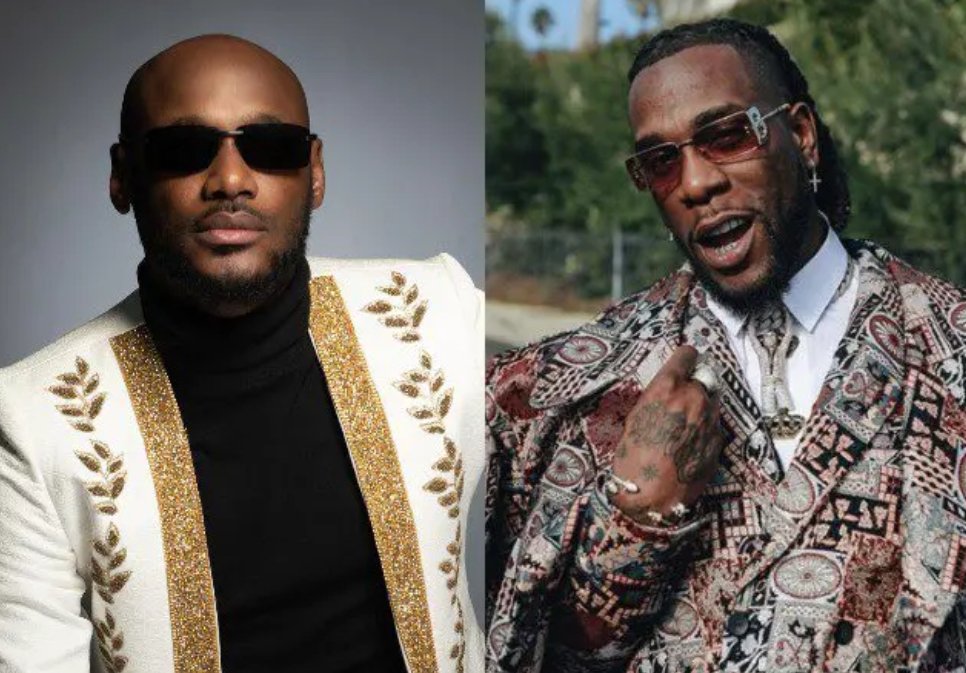 The poster making the rounds online revealed that the show-themed ‘Chop Vegas’ would feature some notable Nigerian singers.

However, they made Burna Boy’s name stand out in font size among other Nigerian singers like 2face Idibia, Rema, Ninola, Timaya, Ruga, and many others.

Reacting to this, 2face, in a post shared on his Instagram page, opined that the move is disrespectful but doesn’t change the fact that he is too much.

The singer added that music, movies and culture are doing things that African governments have not been able to do; therefore, citizens should not fall into the trap of being their enemies over again.

Pls, our music/ movies and culture is doing things our African government have nor been able to do. let’s not fall into the trap of being our own enemies all over again.“ 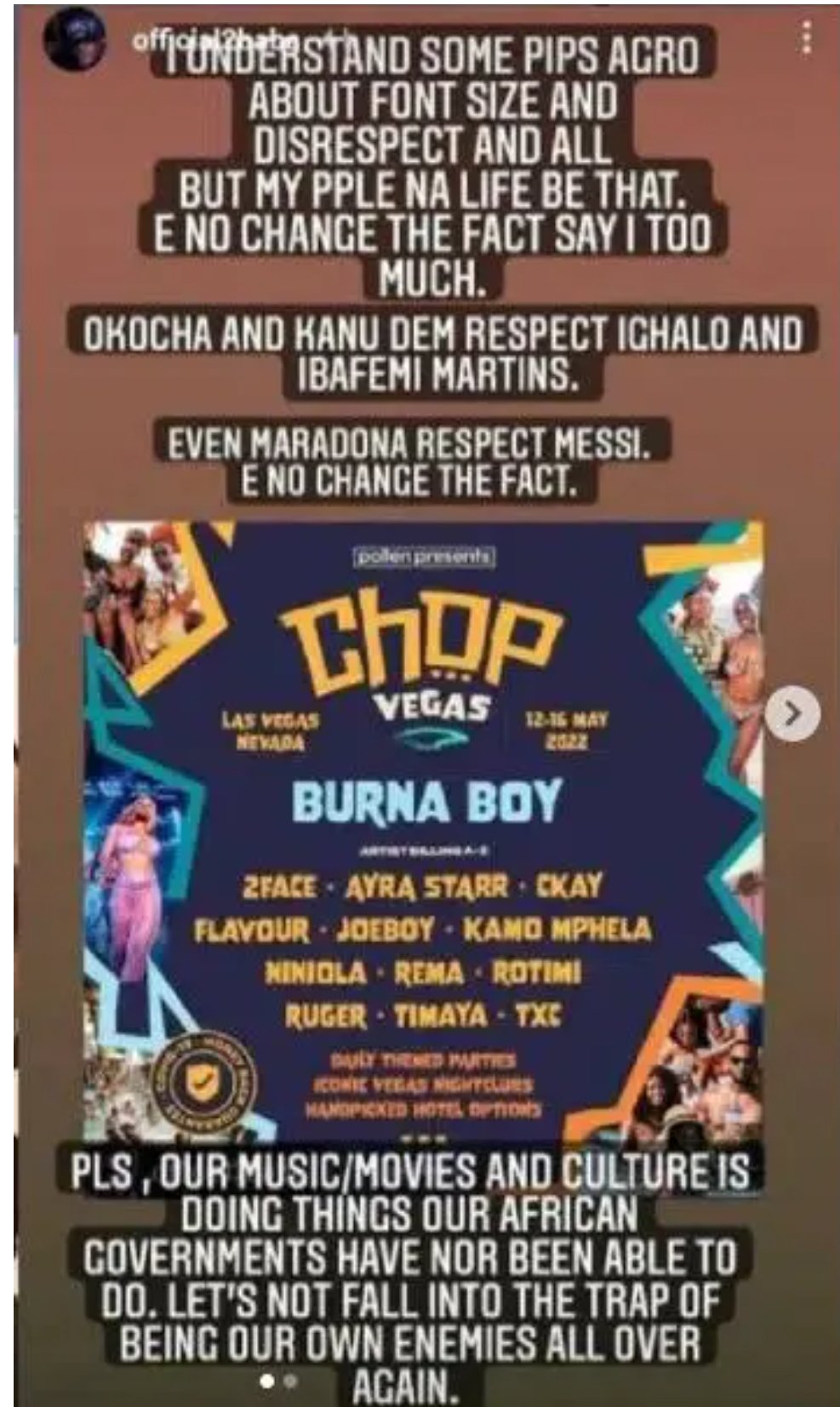