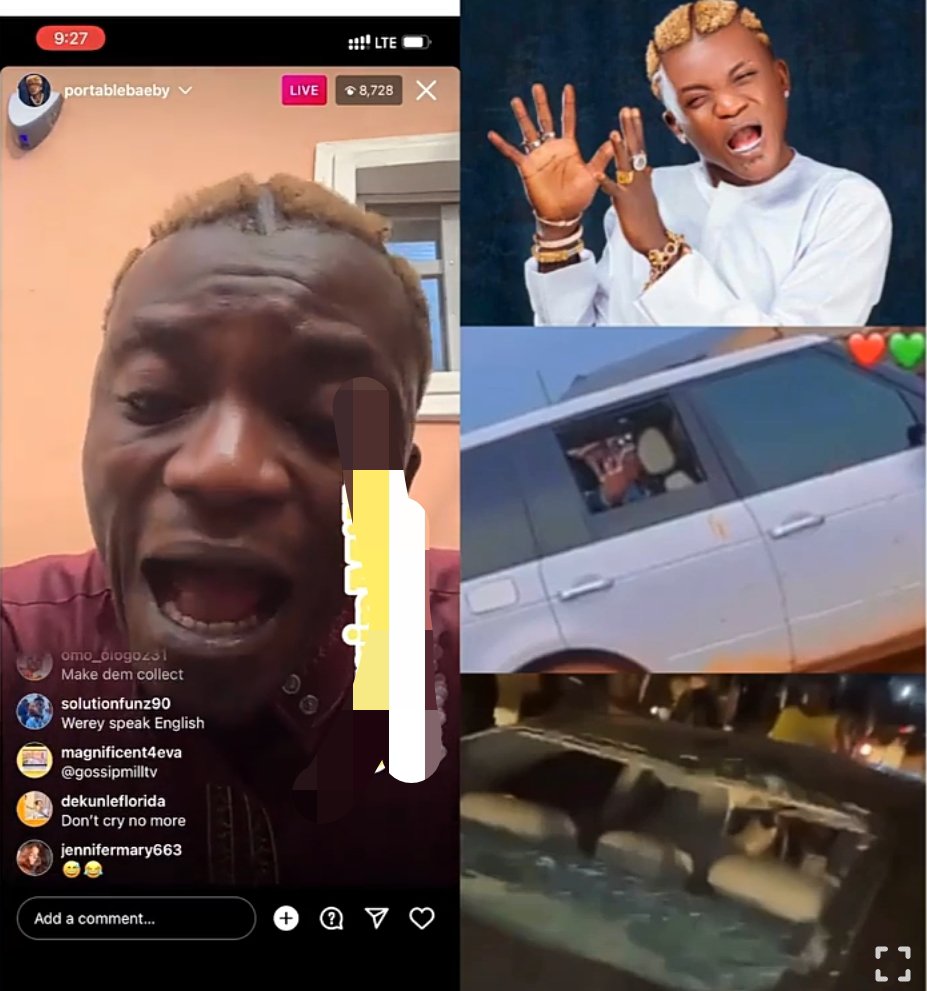 Zazo Crooner Portable has allegedly taken to his Instagram account lamenting over the maltreatment he got from his former boss Ijoba Owode who sent some area boys to attack and beat him while celebrating his birthday.

Yesterday was my Birthday and I went to the Trenches in Sango to celebrate but I was Attacked by Boys loyal to my former boss Ijoba Owode Yusuf In Sango and they destroyed my 2 Cars, some years ago my ex boss set me up and accused me of stealing an iPhone with keke, now he is trying to extort money from meme.

Dear Ex boss I have money now and I am popular, and if you try me you Go Collect, Report yourself to The Police Station right now, or else no Bike will be allowed to work in Sango.