A video making the spreading on social media captured the moment a woman confronted her husband’s side chick. 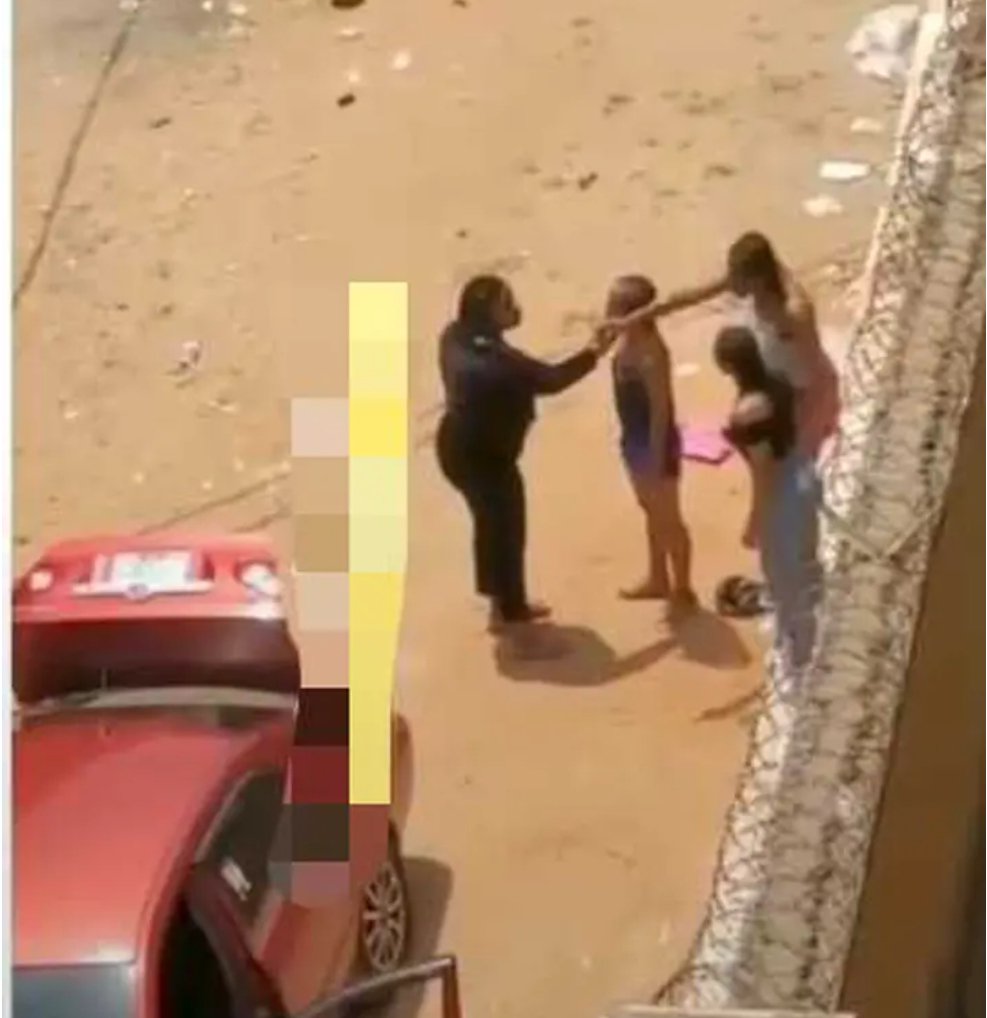 This had enraged the woman who stepped out of the car immediately, rushing to the boot of the car to get a wheel spanner which she indeed to use as a weapon.

The side chicks friends stepped in, trying to resolve the matter amicably.