HomeSociety NewsWizkid said he is not interested in paying My school fees at Caleb any more” – Ahmed cries out for help!
Society News

Wizkid said he is not interested in paying My school fees at Caleb any more” – Ahmed cries out for help! 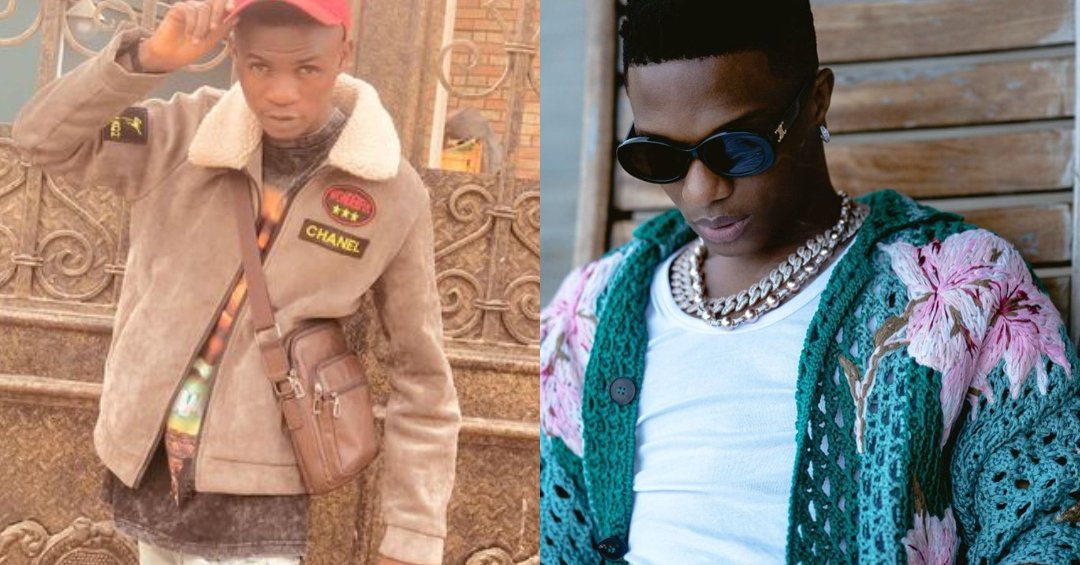 Ahmed who wizkid place on scholarship in a private second school has allegedly call out wizkid for refusing to pay his school, after he paid for some times.

If you can recall vividly Ahmed how Ahmed narrated that wizkid never gave him the money he promised him which later resulted to hardship in their family and he has to drop out of school.

However things went back to normal as Ahmed posted again on his Instagram that he is back to school now, but to everyone greatest surprise he posted on his Instagram account today lamenting that wizkid said he is not interested in paying his school fees again. 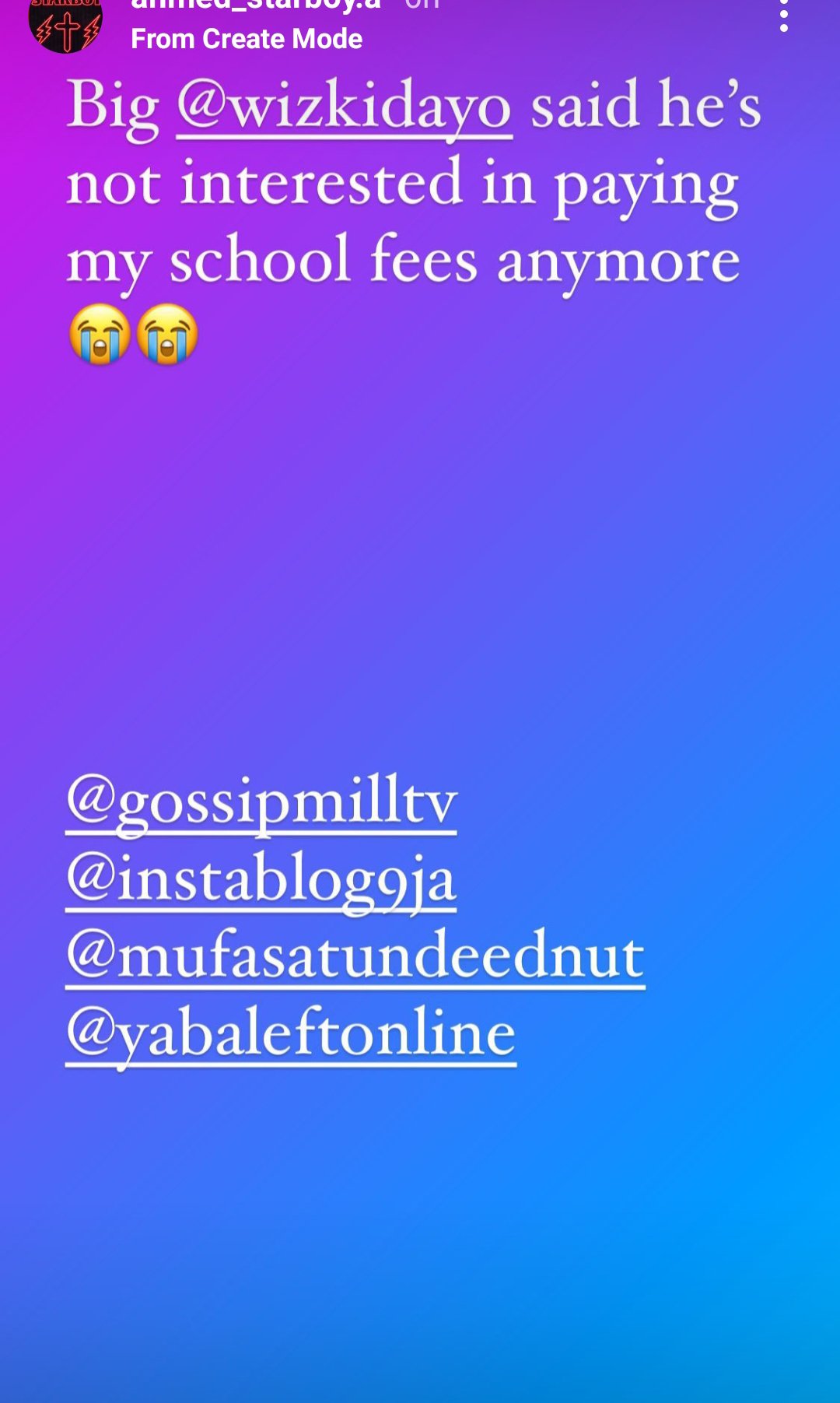 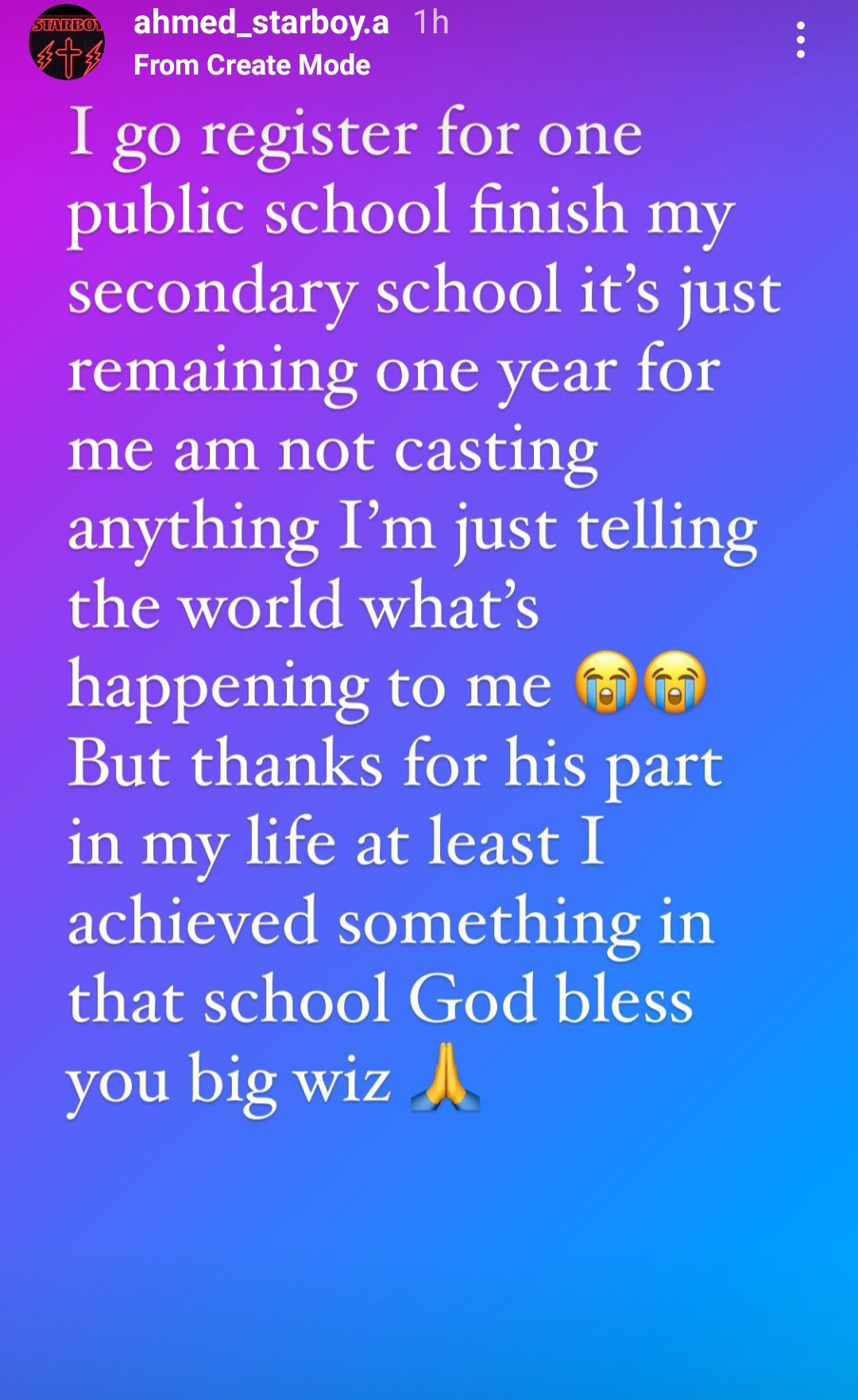 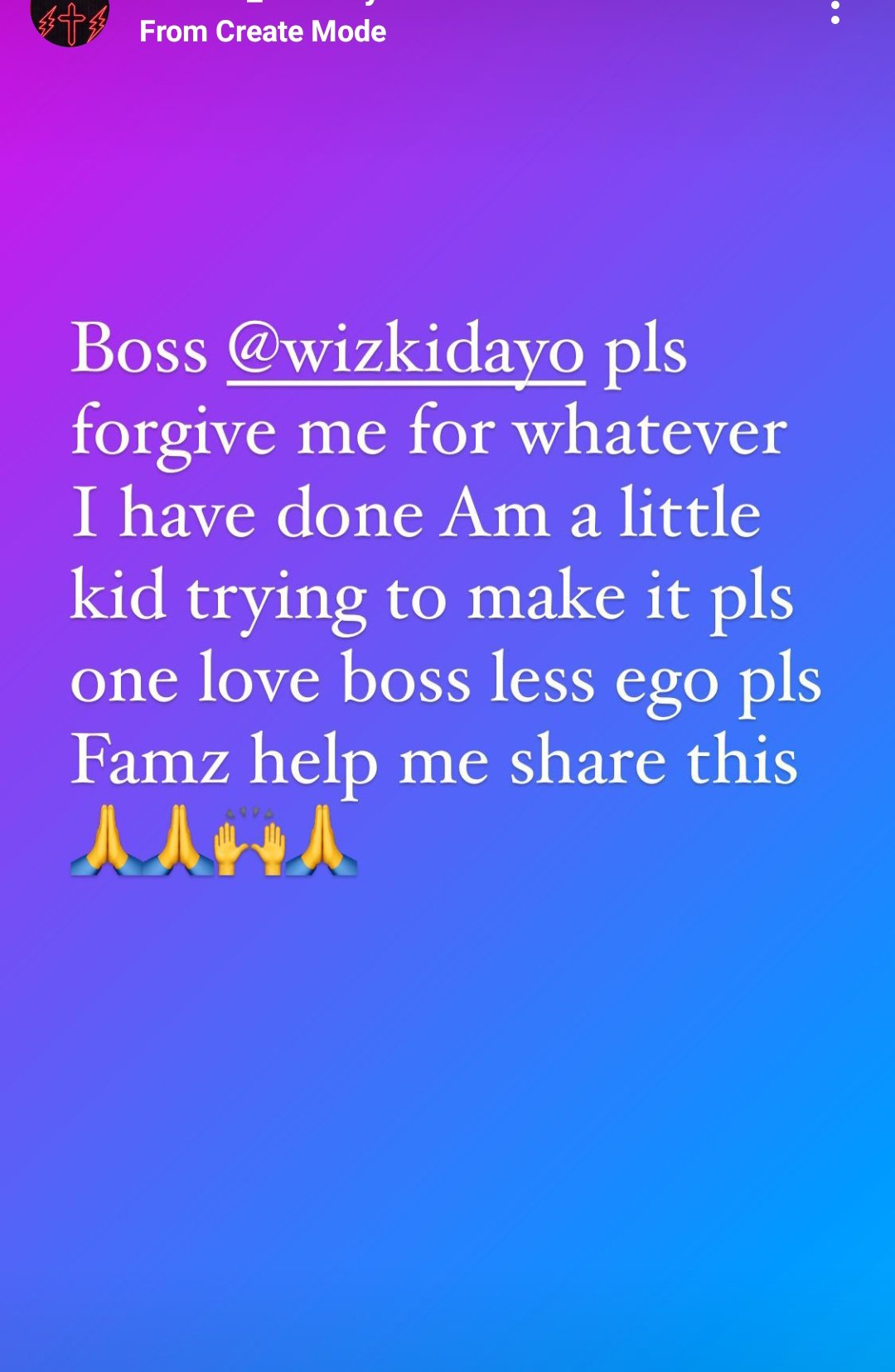