HomeGistsWife Goes from Her Husband to His Twin Brother Because He Is More Handsome, But Later Regret- Story of the Day
Gists When Marie fell in love with George, she knew that their relationship would flourish. She was in the hands of a goal-oriented, kind-hearted, and loving family man, whom she wanted to marry right away.

It only took ten months of courtship before George proposed to Marie with an heirloom engagement ring, which she gladly accepted. George was from a wealthy family and paid for their extravagant wedding with over 300 guests.

After their honeymoon cruise around Europe, the newlyweds settled into George’s family home, where they had a big private room with a small kitchen inside. As business people, George’s parents were barely at home, but his twin brother, Kevin, was mainly there.

George and Kevin are identical twins who looked nearly the same on the outside but completely different on the inside. The first few months of their life together were marital bliss, but George’s true colors started to show soon after.

George tried to contact her with empty threats for weeks until he received divorce papers one day.
He was a spoiled man who was used to getting what he wanted, and that showed in how he treated his wife and expected her to serve him. George asked Marie to do several household chores without bothering to help and would get mad when things were not done right.

As time passed, George formed a habit of drinking at night and going home drunk and hot-headed. He started arguing with Marie when she did not do as she was told, and on one occasion, tried to raise a hand to her.

Luckily, Kevin stopped him just in time. Marie began to fear her husband and sought comfort in his brother. Although Kevin would defend his brother’s kind heart, he disagreed with his changing ways.

Kevin was the opposite of George — quiet, compassionate, and not one to consume alcohol. After a while, Marie fell stopped loving her husband and only saw a monster who brought pain and suffering.

She instead began falling for Kevin, whom she confided in from time to time. Similarly, Kevin started to like Marie and saw his brother as a threat to her safety. She was a beautiful woman and an amazing wife, but George failed to realize that.

One evening, on Marie and George’s anniversary, he tried to hit his wife while heavily drunk as she refused to have intercourse. Kevin stopped his brother again, but this time, George hit him instead.

The next day, Marie and Kevin secretly left the house and flew to a different state to start anew. George tried to contact her with empty threats for weeks until he received divorce papers one day.

What can we learn from George and Marie’s story?

Appearance is not the most important thing in a person. What matters is what’s inside — and only then can one see true beauty. 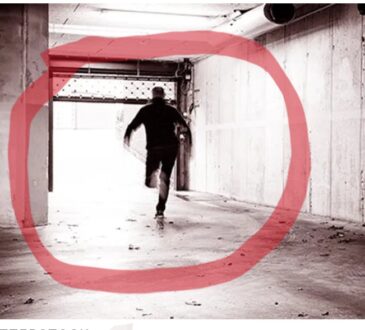