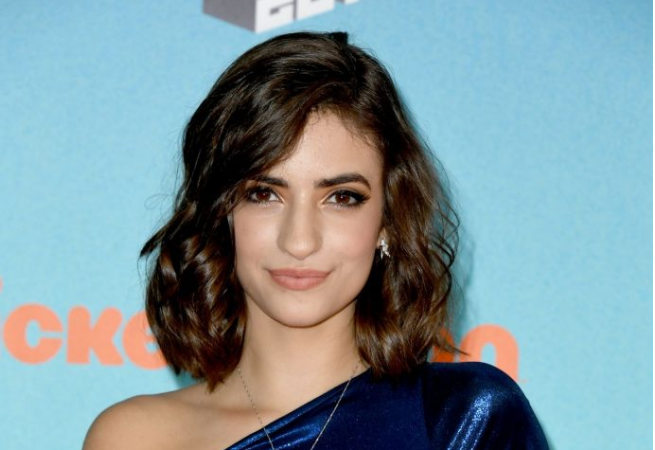 Soni Nicole Bringas is an American dancer and actress, perhaps most famous for her role as Ramona Gibbler in Netflix series “Fuller House”. Although she has had a short stint in the acting profession, she has built a solid fan base from her years of dancing. A lot of people are curious as to who Soni Nicole Bringas really is, and the principles she abides by. In this biography, find out more on Soni’s personal life and career.

Soni Nicole Bringas was born under the zodiac sign of Aquarius on 2 February 2002, in Portland, Oregon USA. Her mother is a native of Barcelona in Spain, while her father was born in Montevideo, Uruguay, so Soni is of Caucasian ethnicity.

Being raised in a culturally diverse home exposed Soni and her brother Paul to their rich Spanish and Uruguayan heritage. This did not however, negatively affect the bond in the Bringas’ household.

Soni’s parents have always been supportive of her dreams. When they noticed she had an interest in dancing, her mother enrolled her in dancing lessons. Her dedication to and progress in the art made her stand out from the rest, and she soon started to perform before large audiences.

When Soni turned eight, her family relocated to Costa Rica and lived there for a year, then moved back to the US and settled in Los Angeles.

The Bringas’ haven’t disclosed the schools Soni Nicole attended for her elementary and higher education, but it’s speculated that she’s now matriculated from high school, and might study further at an Arts College.

It seems the Bringas children were destined for the arts. Soni’s brother Paul, is a guitarist, and she expressed her gratitude to him on Twitter, because he had introduced her to American rapper Logic’s music, disclosing that since then she couldn’t stop listening to him.

Soni Nicole Bringas was recognized as a dancer before anything else. She had started taking dancing lessons at age five, and within a few years she was taking part in competitions and talent shows.

One can confidently refer to Soni as a professional dancer now, having groomed herself to near perfection in various dancing styles including jazz, ballet, hip-hop, tap, salsa, freestyle etc. She was discovered early on, and has performed with notable choreographers such as Tricia Miranda, Nick Demoura, Matt Steffanina, Nappytaps, Marty Kudelka and Wildabeast.

She appeared in Kimbra’s “90s Music” video, and the 2014 finale of “Dancing With The Stars” in its 19th season, and Soni Nicole has also worked with famous musical artists including Justin Bieber, Christina Aguilera, Pitbull, Sharaya, Missy Elliot and so many more. Soon enough, many top-deck companies sought her presence in commercials, and she’s appeared for such as “American Girl”, the Jordache commercial with Heidi Klum, and the “Swagger Wagon” commercial by Toyota.

Soni has a YouTube channel with over 40,000 subscribers, on which she shares dancing videos to entertain her subscribers. In an interview with Dance Spirit, Soni says, ‘I’ve always loved having an audience and making people smile’.

This goes to show how much energy Soni puts into her dance and how far it will take her in the near future.

Soni has been dancing for most of her life but was never really considered a celebrity ‘til she landed a role in a movie. Her debut was in the series “Jane The Virgin” (2014-2019), a satirical telenovela aired on The CW Television Network, in which she played a hip-hop dancer, and then in two more minor roles in 2015, in the films, “Beautiful and Twisted” and “Instant Mom”.

These brought her some attention, however, she became a lot more famous when she landed a role in the original Netflix series, “Fuller House”, created by Jeff Franklin, playing Ramona Gibbler, the teenage daughter of Kimmy Gibbler who was mainly into boys, fashion and selfies.

“Fuller House” was released as a sequel to “Full House”, a popular American sitcom which aired between 1987 and 1995. In an interview, Soni described her experience with the cast of “Fuller House” as ‘working with family members’.

Despite having to deal with public scrutiny from a young age, with the help of her parents, Soni has managed to lead a private life. At the time of this writing, Soni Nicole is single, and hasn’t disclosed a romantic interest in anyone just yet

Ms. Bringas is an athletic person, and loves to practice martial arts during her spare time. She also shares beautiful photographs of herself and her friends on Instagram, which is her favorite social platform. She has grown her Instagram account from scratch to close to a million followers who keep up with her.

Soni has short brown hair and brown eyes, is 5ft 4ins (1.63m) tall, weighing about 110lbs (48kgs), and has a slim frame due to hours spent dancing and practicing martial arts. Ms. Bringas dresses like every other teenager- comfortable clothes, especially denim for regular outings. She shows up at formal events in elegant dresses, like a proper lady.

As of mid-2021, Soni Nicole Bringas has an estimated net worth of $550,000, grown through her dancing gigs, acting and appearances in commercials. She is yet to disclose details of her personal property with the public.