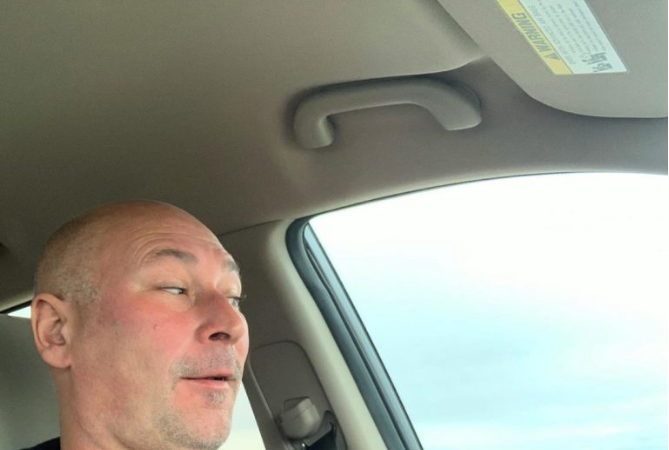 Who is Sadie Calvano?

Sadie Calvano was born in Los Angeles, California USA, on 8 April 1997 – her zodiac sign is Aries and she holds American nationality. She’s an actress who’s probably known best for her portrayal of Violet Plunkett, one of the lead characters in the romantic comedy series “Mom”, created by Chuck Lorre, Eddie Gorodetsky and Gemma Baker, and which also starred Allison Janney, Anna Faris and Mimi Kennedy. It follows a single mother trying to raise her child in the Napa Valley – the series aired from 2013 to 2021, and won 11 of the 46 awards for which it was nominated, including a Golden Globe nomination.

Sadie was raised in Los Angeles by her parents, about whom she hasn’t shared any details as she respects their privacy; it’s known that her mother’s name’s Piper.

She hasn’t spoken about having any siblings, which is why many of her fans believe her to be an only child.

Sadie became interested in acting at a very early age, and was seven years old when she began practicing her skills at a musical theatre. In 2008 aged 10, she played the lead character in the play “Alice in Wonderland” performed at El Portal, as well as Belle in “Beauty and the Beast” performed at The Barnsdall Theatre. The following year saw her portray Sharpay in the play “High School Musical”, and in 2011, Sadie played Tallulah in “Bugsy Malone”, both performed at Madrid Theatre.

She made her debut TV series appearance in the 2010 episode “Worst Nightmare” of the mystery crime drama “NCIS”, however, Sadie wasn’t solely focused on acting, as she was also a competitive gymnast who won gold in floor at California State Games in both 2009 and 2010.

She attended a local high school from which she matriculated in 2015 and then chose not to pursue a college degree but to focus on acting. Sadie practiced her skills at Stagedoor Manor at which the famous actor and actress Jon Cryer and Natalie Portman also practiced acting.

She made a guest appearance portraying Jennifer in the 2013 episode “System Crash” of the family comedy “Crash & Bernstein”, while Sadie then gained recognition later that year with her portrayal of Keira in three episodes of the romantic comedy “Melissa & Joey”, created by Bob Young and David Kendall, and which starred Melissa Joan Hart, Joey Lawrence and Taylor Spreitler.

It follows Mel who’s a politician, and Joe whom she has hired as her family’s male nanny. The series aired from 2010 to 2015 and won two of the five awards for which it was nominated.

The year 2016 saw her appear in the episode “Squad” of the comedy mini-series “The Skinny”, and in 2019, Sadie was cast to star as April Warner in the crime comedy “Why Women Kill” created by Marc Sherry and which also stars Lucy Liu and Ginnifer Goodwin. The series continues airing, and follows three women who’ve lived in the same house in different decades.

Sadie’s most recent TV series role has been her portrayal of Kara in the 2021 episode “Difficult Conversations” of the action thriller drama “9-1-1: Lone Star”.

Sadie made her debut movie appearance in 2011, with her portrayal of Edgar’s Niece in the critically acclaimed biographical romantic drama “J. Edgar” written by Dustin Lance Black, directed by Clint Eastwood and which starred Leonardo DiCaprio, Naomi Watts and Armie Hammer. It follows the life of J. Edgar Hoover who was the head of the FBI for close to five decades – the movie won five of the 22 awards for which it was nominated, including a Golden Globe nomination.

A couple of Sadie’s following roles were in the 2011 comedy “Family Album”, the 2012 comedy “Village People”, and the 2016 drama “The Perfect Daughter”. The year 2018 saw her star in the short comedy “A Place I’d Like to Be”, and she was then cast to play Sarah, one of the lead characters in the thriller comedy “The Package”, which also starred Geraldine Viswanathan and Daniel Doheny, and follows a group of teenagers searching for their friend’s lost weed during a spring break camping trip.

The movie won one of the two awards for which it was nominated.

Two of Sadie’s most recent roles in movies have been in 2018, in the  short thriller “Stand/Still” and the 2018 drama “Suspicion”, while she’s currently shooting for three upcoming movies: the mystery “Montauk”, the crime drama “Secrets of a Marine’s Wife”, and the comedy “Jury Duty”.

Sadie made appearances in the 2015 TV specials “The 41st Annual People’s Choice Awards”, and “The 23rd Annual Movieguide Awards”.

She has made a guest appearance in several talk-shows, including “Good Day L. A.”, “Home & Family” and “Entertainment Tonight”.

Sadie has been nominated for three awards winning one: a 2015 Gracie Allen Award for Outstanding Female Actor – Rising Star for her performance in the series “Mom”.

Sadie’s quite open when it comes to her love life, and it’s known that she was once in a relationship with Alex Brisker, a popular film director, producer and a photographer, whom she met in early 2016 while shooting for a TV series.

They announced that they were dating around a week into their relationship and the two had uploaded numerous pictures featuring themselves together onto their social media accounts, however, these pictures are nowhere to be found today, and it appears that the two have split.

A fan of Sadie’s has claimed to have recently seen her spending time with a mysterious boy who could perhaps be her new boyfriend, however, no evidence has been provided to support these claims, nor has Sadie spoken about this.

As of April 2021, she appears to be single, hasn’t married and doesn’t have children.

Hobbies and other interests

Sadie’s a philanthropist, mostly known for her contribution to the charity organization Bags4kids which provides foster children with comfort packs. She’s today the organization’s official spokesperson.

Sadie’s passionate about dancing, and has been taking lessons for over a decade now. She’s learnt many styles, including jazz, ballet and modern.

She’s into travelling, and her acting career has already taken her to various US states, while Sadie’s hoping she’ll be able to visit several European countries in the following year.

She’s physically active, and has a couple of training sessions at the gym each week.

Sadie has her own favorite actors and actresses, some of whom are Ryan Gosling, Natalie Portman and Scarlett Johansson, and a couple of her favorite movies include “The Notebook”, “Thor: Love and Thunder” and “Lost in Translation”.

Age, measurements and net worth

As of April 2021, her net worth has been estimated at already over $1 million.