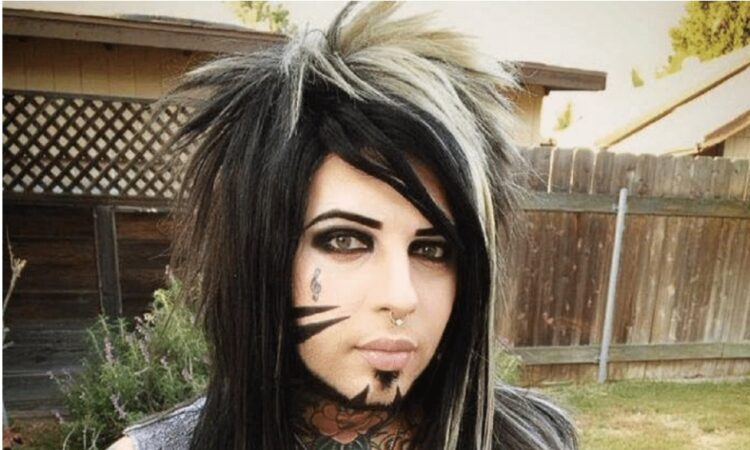 Who is Dahvie Vanity? Age, Height, Net Worth, Girlfriend, Wiki

Who is Dahvie Vanity?

Jesus David Torres, professionally known as Dahvie Vanity, is a singer, social media star, and former founding member of the band “Blood on the Dance Floor”. He additionally came into public focus for various charges of sexual assault and misconduct, after several alleged victims came forward with information. Dahvie was born under the Zodiac sign Virgo on 5 September 1984, in North Carolina, USA. As of 2021, he’s 36 years old and holds American nationality.

Not much information is known about his early life and background. Reportedly he came from an impoverished family who relocated to Orlando, Florida during Dahvie’s formative years.

Additionally, not much is known about his education and academic achievements, however, some sources suggest that he didn’t receive a proper education.

In 2006, Dahvie founded the band “Love the Fashion” with Christopher Mongillo and Rebecca Fugate as a joke. The following year they changed the band’s name to “Blood on the Dance Floor”, originally creating electronic pop, and later transitioning to crunkcore. In addition to his vocal abilities, Dahvie provides keyboard, guitar, bass guitar and synthesizer for the group.

During this “My Space” era, they began posting covers and songs on the platform, garnering moderate success. Dahvie was even given the nickname “The Elite Hair God” for his unusual and unique hairstyles, which included colorful pink or green highlights, extensions, and heavy emo make-up.

In 2008 they released their first album independently entitled “Let’s Start a Riot”, and during the same year, Dahvie began touring Florida. The band threw themselves into the work, and shortly afterwards they began recording their second album entitled “It’s Hard to Be a Diamond in a Rhinestone World”. During the recording of their second album, Christopher and Rebecca left the band as they were unable to tour with Dahbie, while Garrett Marshal McLaughlin, professionally known as Garrett Ecstasy, joined the band as a backup vocalist. Dahvie and Garret recorded several tracks, including “Siq With a Q”, and “Suicide Club”, followed by three extended plays (EPs), released in 2009, entitled “I Scream I Scream”, “Extended Play”, and “OMFG Sneak Peak”

During the same year, the duo began touring with other bands such as “Electronic Valentine”, “The Greenlight District” and “Weston Buck”, as a promotion for their upcoming album “OMFG”.

While touring, Garrett left the duo and exited the tour after claiming that Dahvie was a sexual predator. Subsequently, Jeremy Brian Griffis, known as Jayy Von Monroe, came in as a replacement, and the band continued making new music with a new drummer and rapper Nick “Nasty” Wenzel. During this period, the group even collaborated with Jeffree Star, recording three tracks. However, Jeffree also accused Dahvie of being a pedophile and predator after witnessing some disturbing behavior on his part, and so cancelled the collaboration, replaced by Jayy Von Monroe’s, while the original tracks weren’t included in the album.

Their next album entitled “Epic” was a commercial success, eventually peaking in the Billboard Chart Top Five. They released several tracks, including “Bewitched”, “Yo Ho”, and “P.L.U.R”, and the band would release seven more albums, and collaborate with several other artists, such as Hayley Rose, Amelia Arsenic, and Shawn Brandon.

Even though there had been various rumors about a potential break-up of the band, most of them proved to be just a hoax. In September 2016, Jayy Von Monroe departed from the group, and Dahvie subsequently announced that the band would be disbanding. Dahvie tried his luck briefly with a new project entitled “Sinners are Winners”, releasing an EP.Dahvie Vanity

In 2017, he disclosed that the band would be returning after all, and Jayy would be replaced by a new member – Dahvie’s girlfriend, Fallon Vendetta briefly joined the band, and they released several songs, including “Love Like Woodoo”, “Six Feet Under,” and “Resurrection Spell”. For unknown reasons, the couple parted ways, and Fallon also left the band, leaving Dahvie as the only member.

Adamant in pursuing music, Dahvie launched two other solo projects, rebranding himself to “Kawai Project” and later “the Most Vivid Nightmares”.

Where is Blood on the Dance Floor Now?

After Jayy von Monroe left the band citing creative differences, the band pretty much disbanded. Despite his hopeful attempt to form a duo with his ex-girlfriend Vendetta, the band was due for retirement.

He is currently making music under the name “The Most Vivid Nightmares”, with songs including “Drowning in the Darkness”, “Love Forever True”, and “Ignite My Soul”. His latest track was released in June 2021, entitled “Not All Treasure Is Silver and Gold”.

Regarding his dating history, he was associated with Fallon Vendetta, whom he began dating in 2017. The couple even became engaged in September 2017, and continued dating until 2019. The reason for their breakup remains unknown.

Since emerging on the scene, Dahvie has been involved in several scandals, mainly pertaining to his alleged abusive and predatory nature. Throughout the years, he’s been accused by several band members and other artists, who claimed that he had forced himself onto underage girls and women. However, no legal actions were taken, and Dahvie has never been prosecuted.

In 2018 Jessica Slaughter or Jessica Leonhardt, who later came out as non-binary and changed the name to Damien Leonhardt, posted a Tumblr post, accusing Dahvie of child sexual abuse and rape, writing: “He is an abuser; sexually, emotionally, and physically. I am not afraid of him anymore; I am not afraid of the fanbase he got to attack me ‘til I recanted my statement when I was 11-12, I am no longer staying silent.”

Dahvie continued with his pattern of denying allegations, even claiming that he had never met Damien. In 2019, some rumors circulated about the possible 21 on-the-record accusations of sexual assault against Dahvie, and more victims began coming forward with information. This unusual case caught the attention of the journalist Chris Hansen, who hosts “To Catch a Predator”, and also has a YouTube channel entitled “Have a Seat with Chris Hansen”. Chris interviewed Damien, who claimed that he had been 10, while Dahvie had been 24 when the alleged rape occurred. In Damien’s statement, he claimed that he attended a party at which Dahvie was present.

Reportedly, the singer forced himself onto Damien and coerced him to perform oral sex on him. In the interview, Damien said: “He at least knew that I was underage because I could not have passed for anything above 15. And I would have been a tiny 15-year-old. I’m only 4-foot-10 now.”

In one of his videos, Dahvie said: “You guys are better than sex. I just want to come on all of your little titties tonight.”

While denying the accusations, Dahvie also decided to speak up through his music, using derogatory words and slurs, he wrote: ”Your fiction trash talking is done out of hate. / But I’m about to murder it all, I’m about to eradicate. / Look at me, I’m beautiful, not a suspect of rape!”

In 2013, he released the song entitled “Crucified by your Lies” with lyrics:” Bitches with their lies almost pushed me into suicide / Call me a rapist. Here’s the truth. Can you take it?” and “My name and reputation won’t be the target of a slut!” In 2020, it was reported that the FBI was looking into the case, and several agents interviewed some of his alleged victims. So far, he hasn’t been charged or incarcerated, reportedly due to the lack of evidence.

What is his net worth?

As of mid-2021, Dahvie’s estimated net worth is around $3 million, which he’s earned through his career as a singer and performer.

Dahvie is 5ft 8ins tall (173cm) and weighs around 158lbs (72kgs). His natural hair is black, even though he has experimented with different hair colors and styles over the years. Dahvie is recognized in the scene culture for his eye-catching aesthetics. His vital statistics are 44-32-40.

Is he active on social media?

Dahvie is currently active on his Most Vivid Nightmares Instagram account, and doesn’t use his previous accounts. His account has over 13,000 followers; he generally posts announcements for upcoming projects and music, with an occasional selfie. Additionally, his YouTube channel of the same name has over 300,000 subscribers.0