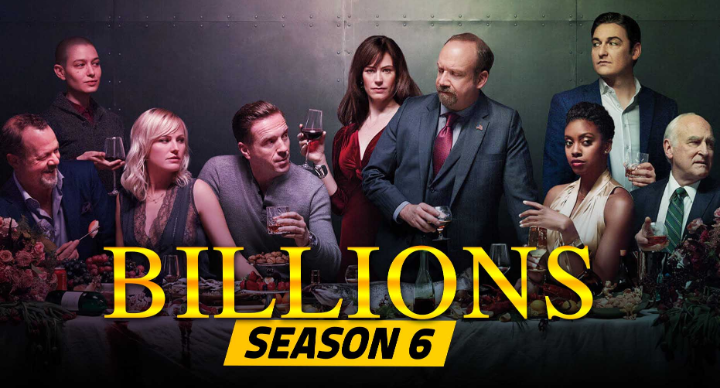 After a pandemic-induced hiatus of nearly a year, Billions returned in September for the second half of its fifth season, which finished with a surprising surprise. At least for now, the always amusing war between hedge fund leader Bobby Axelrod (Damien Lewis) and Attorney General Chuck Rhodes (Paul Giamatti) is over.

Brian Koppelman, David Levien, and Andrew Ross Sorkin developed the American drama television series Billions. The show debuted on Showtime on January 17, 2016, and has already produced five full seasons, with a sixth season in the works. Large financial cities, most notably New York and Connecticut, are frequently featured in the series.

Is Damian Lewis aka Bobby Axelrod leaving the series?

It’s a move that’s been in the works for a while, but it comes after the death of Lewis’s wife, actress Helen McCroy (whom some readers may recognise as the iconic Polly Gray from Peaky Blinders). The goodbyes and hellos on Billions are never final; nothing is inscribed on stone. Damian’s tenure as a regular on Billions, however, has come to an end “Brian Koppelman, one of the show’s co-creators, told EW.

The fifth season of “Billions” was full of double-crosses, shifting alliances, below-the-belt punches, and the show’s trademark wordplay (a highlight of the season was having one character repeat lyrics from Van Halen’s “Atomic Punk”). In his never-ending battles in the marketplace, Axe is eventually outmanoeuvred by rival billionaire Mike Prince, who seeks to portray himself as a kinder, gentler, socially responsible billionaire in contrast to Axe’s unapologetically carnivorous worldview.After jockeying to get into cannabis financial services, Axe is duped into a contract with a marijuana kingpin (played by Janeane Garafalo) who is moving both legal and contrabrand pot, leaving Axe exposed to criminal money laundering accusations.Asia As Taylor Mason, the analytical genius who can detect profit-making chances from 30,000 feet but wrestles with their conscience and the ramifications of such wealth accumulation, Kate Dillon’s Taylor Mason remains a major “Billions” character.Rian, another optimistic newbie, challenges Mason’s idealism in Season 5. (Eva Victor). When Axe is trapped, Taylor vacillates between wanting to take down Axe — and assisting Giamatti’s Chuck Rhoades in his pursuit of criminal charges against him — and genuinely feeling regretful rather than triumphant.

Bobby Axelrod has cashed out, so there will be one fewer billionaire fighting in power plays in season six. Co-star Damien Lewis has exited his legendary role as Axe after five seasons, with his character escaping to Switzerland after being outmanoeuvred in the fifth season finale. The show’s distinctive cat-and-mouse rivalry will, however, continue with Mike Prince succeeding Lewis as the leader of the Axelrod Empire and as Chuck’s new competitor.Brian Koppelman, the program’s co-creator, has promised viewers that, while the show is developing, it will preserve much of what makes Billions such a compelling watch.

Season six of Billions will premiere on Showtime in the United States on Sunday, January 23, 2022, barely months after the fifth season ended. Showtime will benefit from the short period between seasons since viewers will be anxious to see what occurs next. New episodes of Billions, on the other hand, do not normally appear in the UK until a few days following their US airing, so anticipate Chuck Rhoades and co. to return later that week, in late January 2022.