A Nigerian lady, Amarachukwu, has shared the shocking story of how a diabolic truth was unearthed while two wives were fight over the the wealth of their late husband.

The second wife who had more children wanted the man’s assets to be shared equally between she, her kids and the first wife as well as her children. 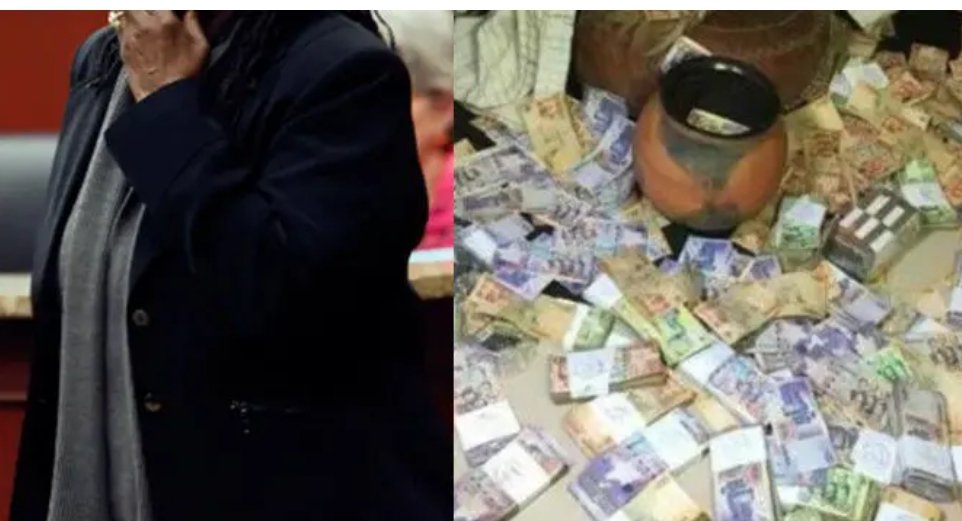 But the first wife refused and in a bid to justify why she and her children deserve more, she confessed that her husband used their first child for blood money, which they were all enjoying.

According to her, she and her husband made a pact that when he dies, she would get more of the property.

Amarachukwu wrote; “Crazy and unbelievable things are happening, so during externship at MOJ. This man died intestate nd he was survived by his 2 wives and children, the 2nd wife was advocating that everything be shared equally amongst all the family members (the 2nd wife’s children are more).

The 1st wife refused, in her defence she and her husband made a pact that on his death, she and her children will get more of the property, because it was her 1st child dat was used for ritual that made them wealthy. Omo everywhere fell silent, at dat point I knew law wasn’t for me.” 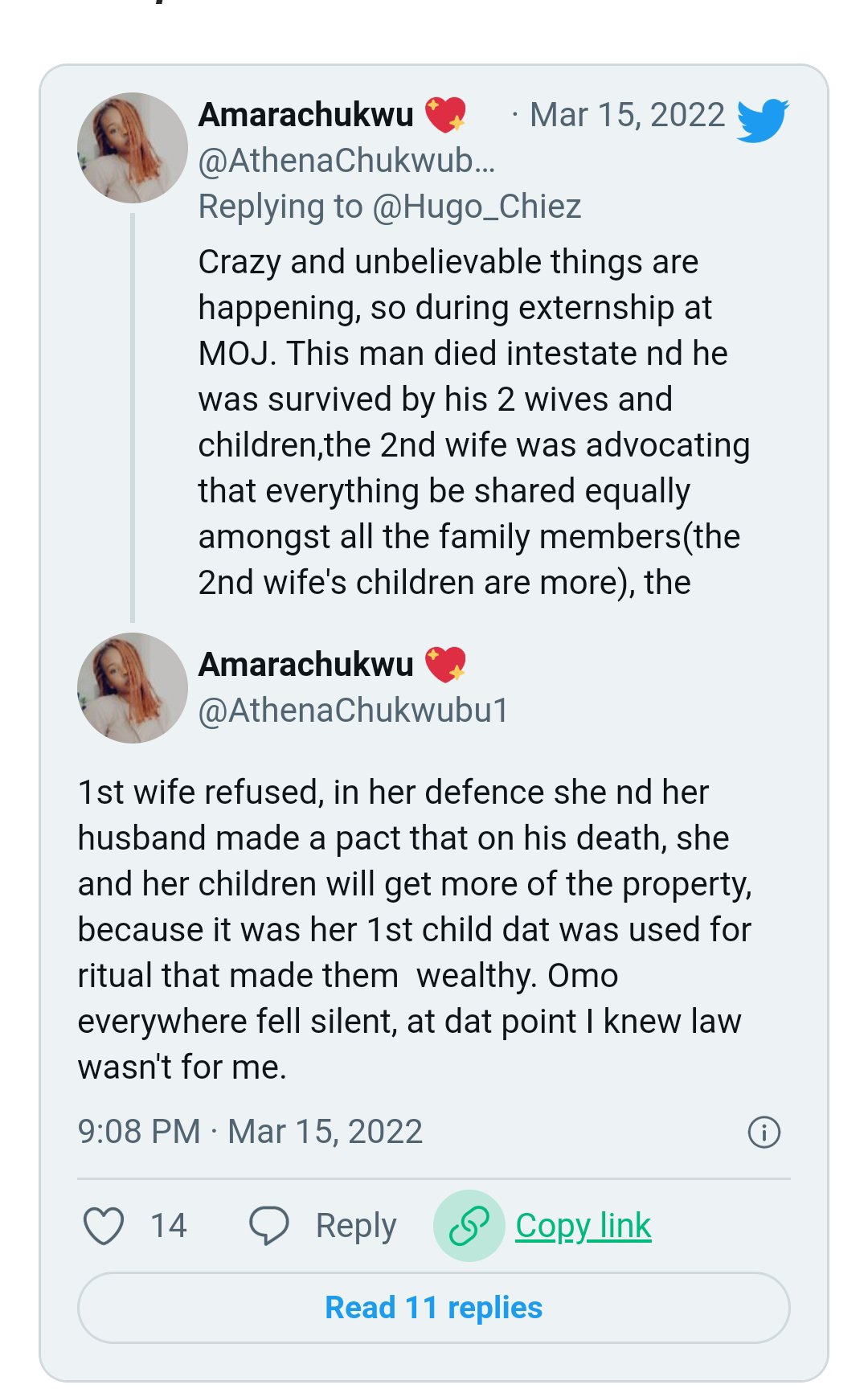