A motorcycle rider, Nura Kazeem, has been crushed to death at the Aseese, Ogun State end of the Lagos-Ibadan Expressway. 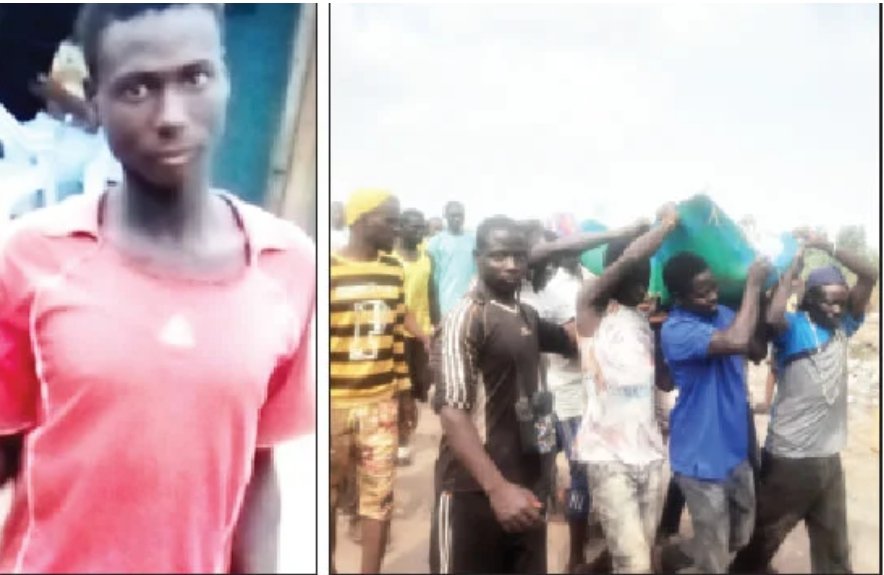 PUNCH Metro learnt that some officials of the motorcycle riders’ union in the community were chasing the 22-year-old over a N600 ticket when he rammed into a commercial bus and died.

It was gathered that Kazeem was preparing to travel to his hometown in the North with his brothers when he was approached by one of the union members, identified simply as Ayomo, about the purchase of the daily ticket.

The victim was said to have refused to buy the ticket on the grounds that he was not working and was preparing to travel.

Ayomo and some other officials of the union were allegedly pursuing him when he rammed into a white Mazda bus.

He said, “I was coming from Oshodi to Asese in a public bus when I saw two motorcycles coming at top speed.

“When I saw the accident, I came down from the bus to help the victim when I saw that he was one of our brothers. We dragged him to a side of the road, but he was already dead. As the motorcycle union officials saw what happened, they turned back and fled.”

Another eyewitness, Mohammed Abdullahi, urged the government to curb the excesses of the union.

He said, “The problem is that the government gave a job to people who don’t value human lives. I thank God that there was no violence when this incident happened. We lost our brother because of N600. He came to the bus stop because he wanted to travel to the North today. The union official asked him if he wanted to buy a ticket and he said no, that he wanted to travel.

“Someone that had been buying tickets for over five months at least; if he said he was not buying a ticket today, they should have left him, but they pursued him to death because of N600.”

The Seriki of the Hausa community in Ibafo, Alhaji Shehu Usman, who noted that the incident could have caused a tribal war in the state, urged the state government to educate the union on how to go about their work.

He said, “The government should bear this in mind and warn these people. There are ways to go about this type of issue without harassing people.”

The Asese branch Chairman of the union, Agboola Afolabi, said he was working with the Arewa community to resolve the matter.

He said, “I was on my way to Abeokuta when someone called me that something was happening in my unit and that someone had died. I turned back to come and resolve the issue. When I got there, I was shocked when I saw the scene.

“But I am grateful to the Arewa community here that they are peaceful people and they helped us to create peace in this situation.”

The state Police Public Relations Officer, Abimbola Oyeyemi, promised to call back our correspondent on the incident.

He had yet to do so as of the time of filing this report.

All rights reserved. This material, and other digital content on this website, may not be reproduced, published, broadcast, rewritten or redistributed in whole or in part without prior express written permission from PUNCH.