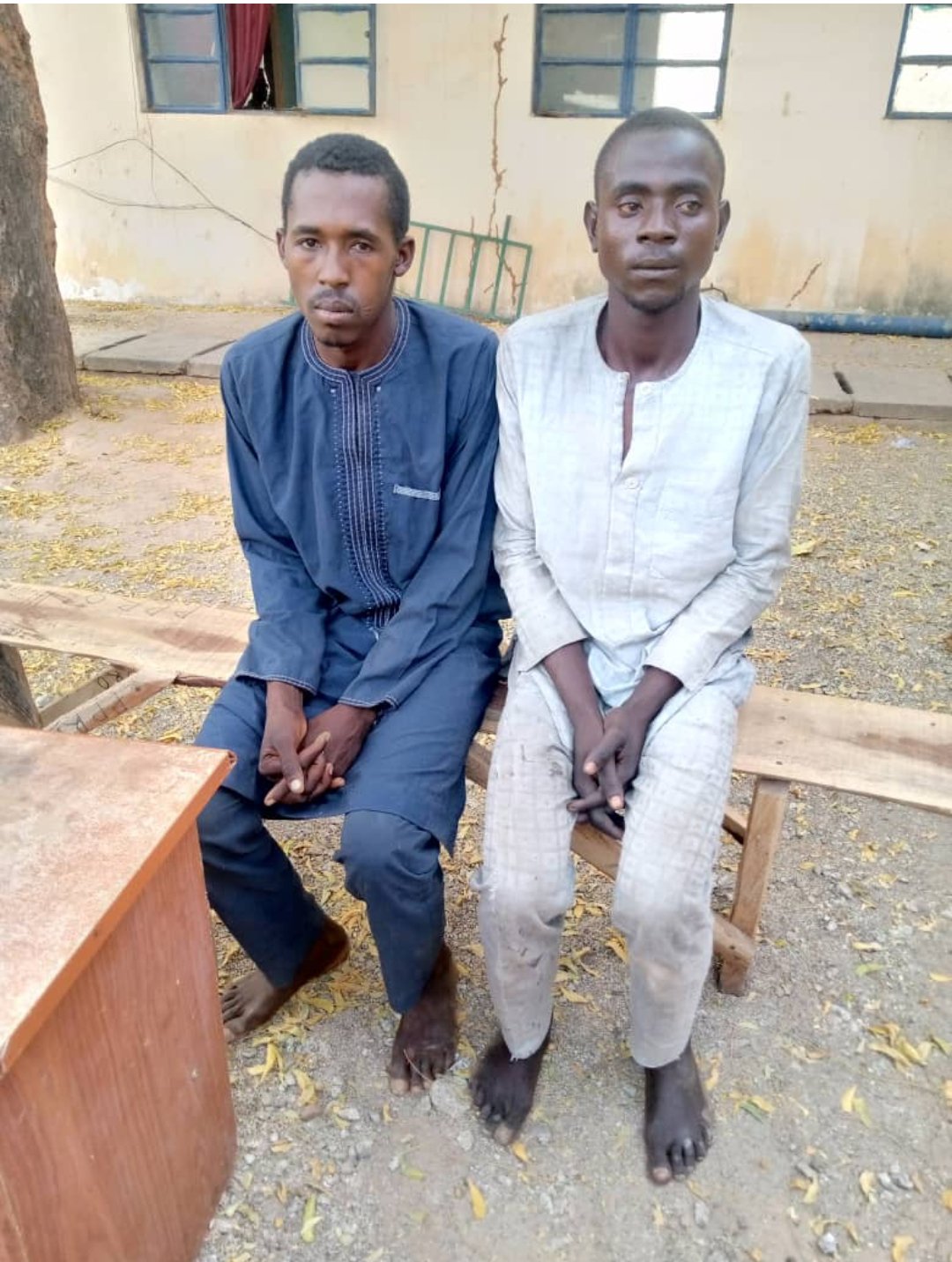 Operatives of the Katsina Police Command have arrested two suspected kidnappers involved in the killing of one Umar Abdullahi Ankalele of Faskari Local Government Area of Katsina State.

Ankalele 35, according to police report, was shot and killed when he resisted a gang of 7 seven terrorists, who stormed his Faskari resident to kidnap him on the 1st March, 2022.

The Police Public Relations Officer (PPRO) in the State, SP Isah Gambo disclosed this on Tuesday, while parading the two suspects at the State force headquarters.

SP Gambo identified the two suspect as Nasiru Mohammed 27, and Abubakar Iliyasu 25, both of Faskari LGA.

The suspects, in the course of investigation, confessed to committing the crime, SP Gambo said.

The State PPRO, in his statement, said: “At about 2.30 a.m. on 1st March, seven (7) bandits, armed with AK 47 rifles, stormed the residence of one Umar Abdullahi Ankalele 30, along Dogon Awo feeder road, Faskari LGA of Katsina State and kidnapped him.

“While taking him away, the victim resisted and refused to follow the kidnappers. As a result, they shot and killed him.

“In the course of investigation, the duo of (1) Nasiru Mohd 27, and Abubakar Iliyasu 25, both of Faskari LGA, currently in the police net, confessed to the commission of the crime.

“They confessed that seven (7) of them led by ‘YELLOW’, a notorious bandit, went into the said Umar Absullahi’s house to kidnap him but when on refusing to follow them, one Abdullahi Iliya 30, a member of the syndicate, shot and killed him with AK 47 rifle.

“Subsequently, the ring leader, who was not happy with the action of the said Abudullahi Iliya, also shot and killed him.

“One of the suspects, Abubakar Iliyasu also confessed that the killed suspect is his blood brother and they have participated in several banditry-related crimes within the area.

“Suspects mentioned the following bandits as their accomplices, who participated in the commission of the offence: Yellow, Samaila Ibrahim and Sani, all of Yankara, Dajin Yar-Malamai, Faskari LGA. Efforts is on with a view to arresting them. Investigation is ongoing.”