HomeSociety NewsWe Don’t Have This Can Of Money! – Reactions As Female Beggar Arrested With Over N500,000 And $100 Note
Society News

A female beggar, Hadiza Ibrahim was arrested while begging in Abuja, and over N500,000 and $100 was found in her possession.. 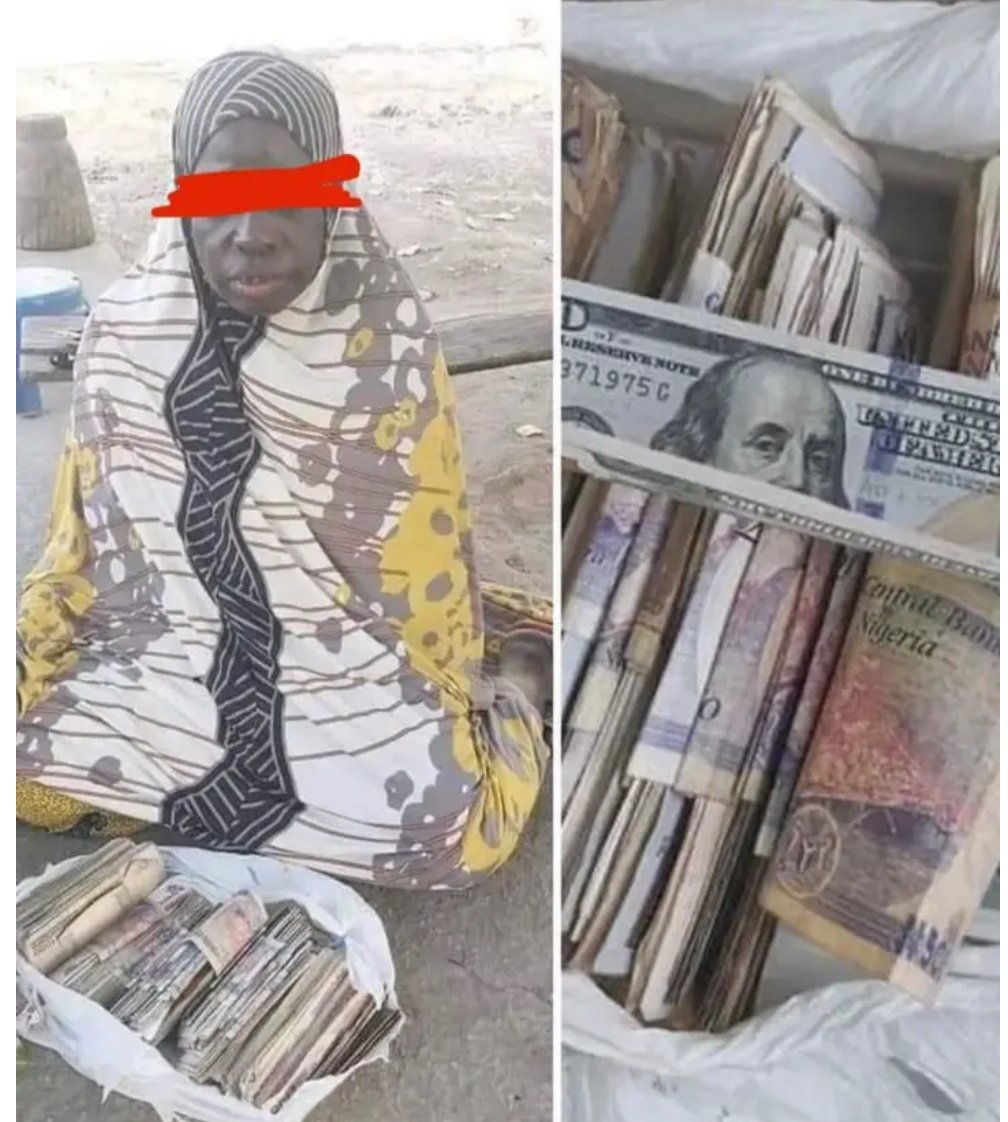 Some of the naira notes found on the female beggar look very dirty, as they were kept for a long period of time. Her arrest has caused some reactions online as many have stated that even some celebrities do not have that kind of money. 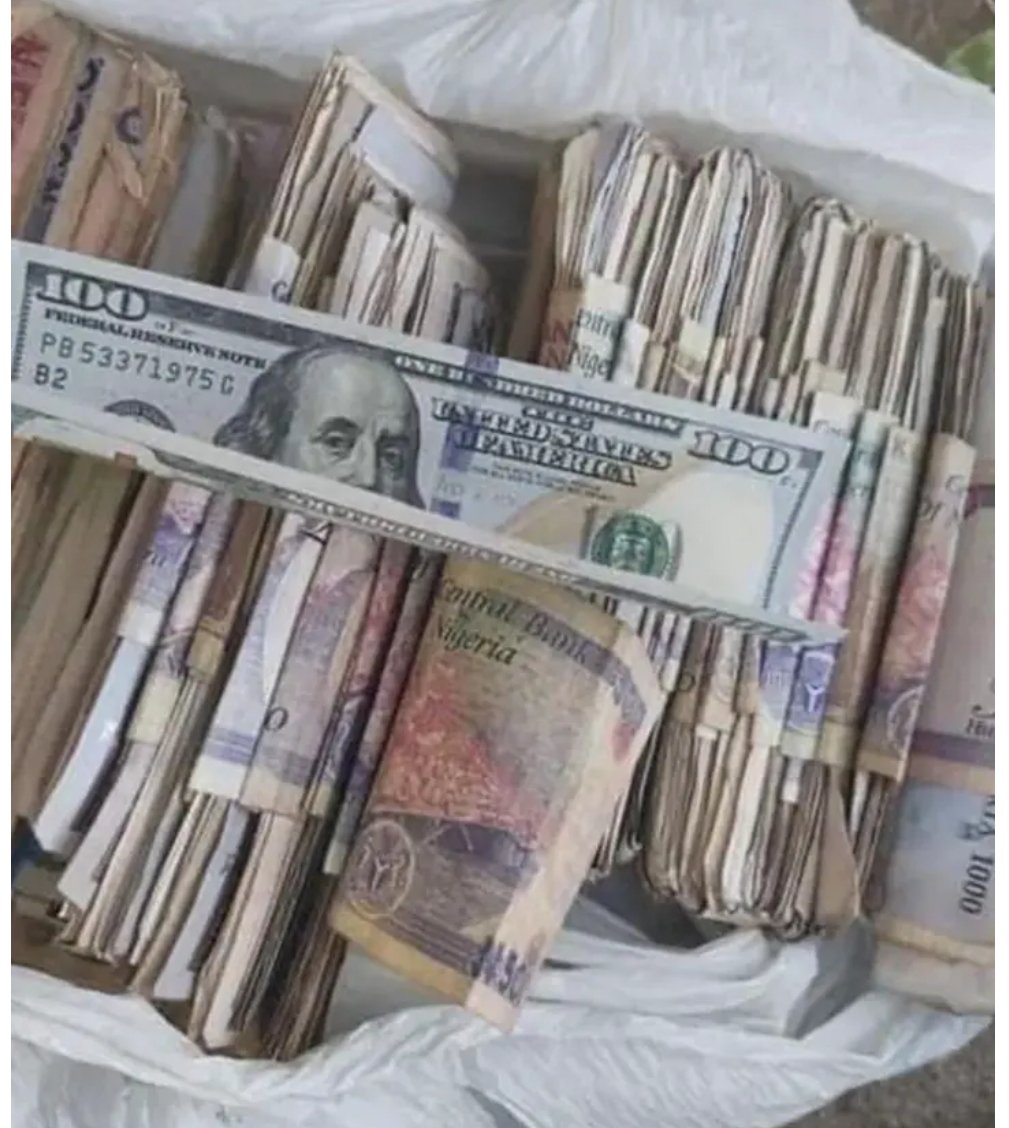 Recall that in October 2021, no fewer than 217 defaulters of street begging were arrested by the Federal Capital Territory Administration (FCTA) Social Development Secretariat. The acting Director, Social Welfare Services of the SDS, Malam Sani Rabe, said many beggars were arrested with substantial amounts of money with them yet some of them are sick, malnourished, and don’t even take care of themselves while living in dirty environments. 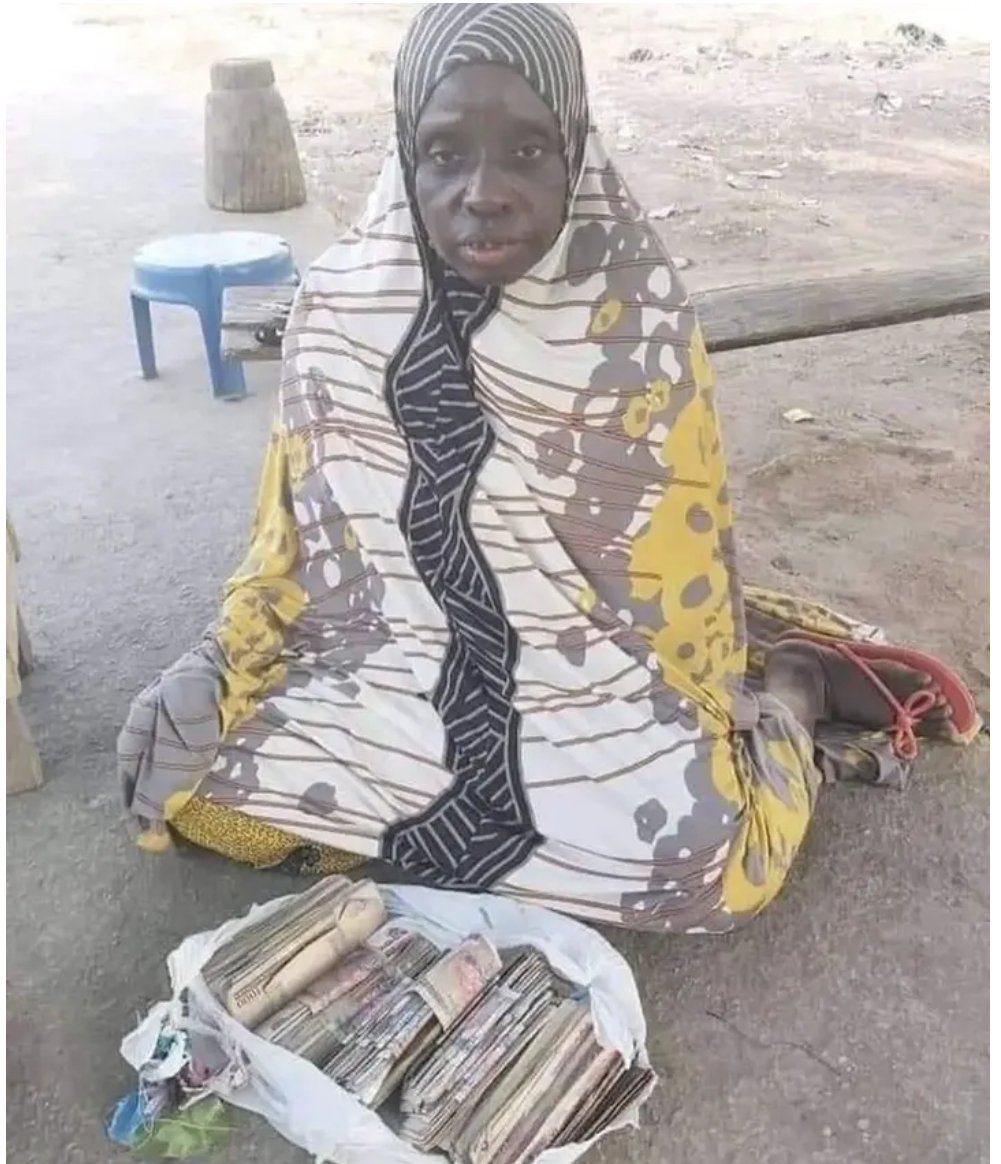 He said there is an initiative at the FCT Bwari Area Council Rehabilitation Center, where rehabilitation and vocational training are organised for beggars and destitute.