As over 10,000 investors in the Chinmark Group stand losing Billions in investment, some of the investors have called for the arrest of Marksman Ijomah, Amanda Chisom and other principal officers of the doomed investment firm. 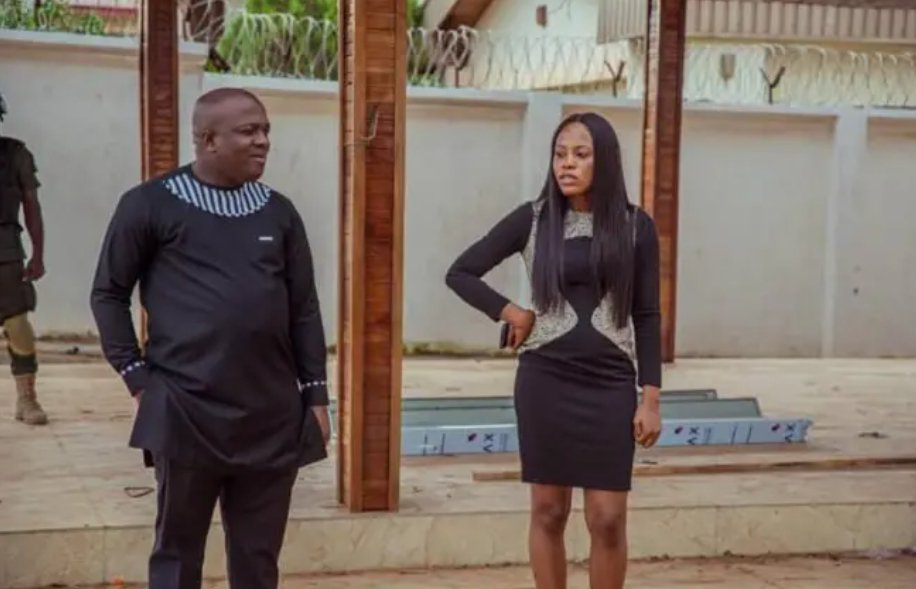 The calls for their arrest followed the inability of the firm to pay a return on investment popularly called ROP to their multitude of investors since December 2021.

While Ijomah is the founder of the company, Amanda Chisom is the brand ambassador who lured thousands of investors into the scheme.

Financial experts say investors stand to lose more than N10 billion in the scheme, describing it as a ponzi.

Ijomah is also said to have restructured ownership of physical assets belonging to the firm, removing his name and that of his wife as directors.

For instance, a CAC search on Chinmark’s group companies showed that Mr Marksman Ijiomah had changed the name of the hotel at Enugu from Chinmark Suites to Bridge Suites.

He removed his name and his wife’s names as the Directors of the hotel and used different sets of people.

A lawyer, Collins Ogonnaya Arikor said that due to the restructuring, investors can’t attach the hotel to recover their investment if they don’t get paid since the existing fact presupposes that Marksman Ijiomah doesn’t own the hotel.

“So while people are busy thinking there is an asset on ground – the hotel, there’s basically nothing.

On FinAfrica, the company peddled as the investment arm of their group, the lawyer explained that the object of the company, as registered by the CAC, is “general merchandise”.

“There is absolutely nothing remotely like investment in the business of FinAfrica. In any event, the company’s accounts are allegedly frozen by the law enforcement agencies, so how and where will the money to repay investors come from?

“Well, I shouldn’t be surprised, but I am. Honestly. If this isn’t a premeditated, calculated plan to defraud people of their hard-earned monies then I don’t know what else to call it”.

Another lawyer, Azubike Ihemeje described Chinmark businesses as a ponzi.

According to him, Chinmark Ponzi scammer may have defrauded close to 10 Billion Naira he swindled from the public.

On 25 December 2021, the Security and Exchange Commission, SEC, warned Nigerians against investing in FinAfrica.

The government regulatory agency in a statement said “The attention of the Securities and Exchange Commission, Nigeria (“SEC”) has been drawn to the activities of an Illegal Operator (FINAFRICA INVESTMENT LIMITED).

“The Company claimed to be an Investment Company that engages in Business Development in Commercial sectors of the economy and uses the funds in entities under Chinmark Group.

“The Commission hereby notifies the investing public that neither FINAFRICA INVESTMENT LIMITED nor Chimark Group is registered by the SEC and the Investment Scheme promoted by these entities are also not authorized by the SEC.

“In view of the above, the general public is hereby WARNED that any person dealing with the within named Company in any capital market-related business is doing so at his/her own risk”.