HomeGistsVideo! Woman humiliated And Stripped Naked And Paraded After Being Accused of killing her Husband by Sleeping with Another man
Gists 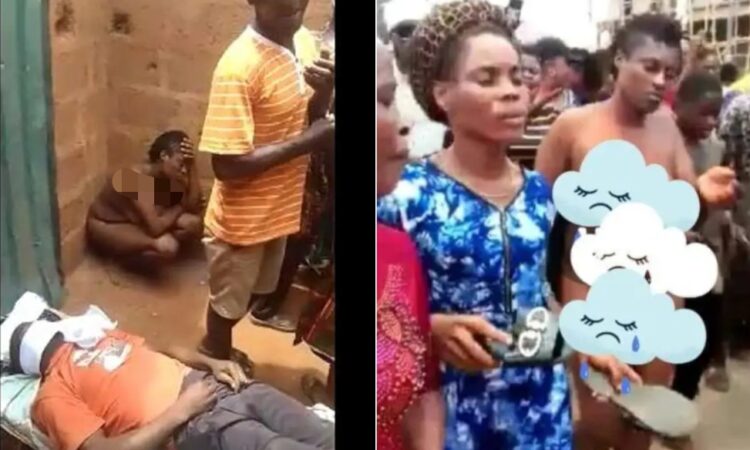 Video! Woman humiliated And Stripped Naked And Paraded After Being Accused of killing her Husband by Sleeping with Another man

A video trending online shows a woman being publicly humiliated after being stripped naked by some villagers in Aguleri community of Anambra state.

The woman who tried to cover her modesty in the video, was accused of killing her husband by sleeping with another man.

A man was heard saying in the crowd “O lagburu di ya”, contextually translated to mean ‘she caused her husband’s death by committing adultery’. The man also said that the woman should remain naked for the world to see.

The Anambra State Police operatives have today, 12/3/2022, rescued a female victim from an angry mob in Aguleri.

“The rescue was as a result of a report from a trending video where a lady was publicly molested and assaulted on an alleged incident of causing the death of her late husband.

“The Commissioner of Police, CP Echeng Echeng, while describing the act as barbaric, states that one suspect is already in custody and ordered an immediate study of the video with the aim to identify the suspects, arrest and bring them to book.

“Further information reveals that the deceased had already been buried before the video started trending. The victim was rescued and she is currently receiving medical care in the hospital. More development shall be communicated please.”