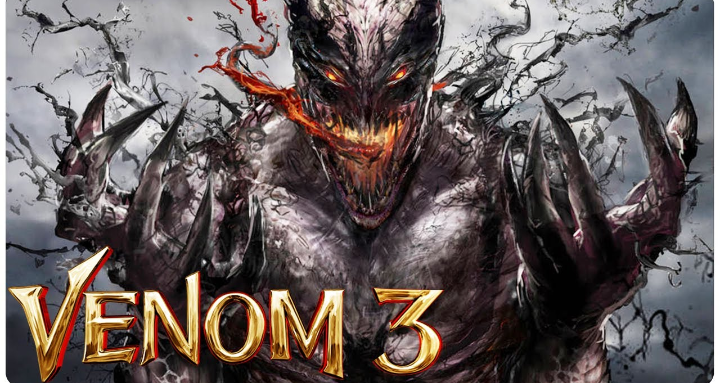 The idea of a standalone “Venom” film, almost wholly independent from the “Spider-Man” area of the Marvel universe, may have seemed strange just a few years ago. Following the box office success of “Venom” in 2018 and the release of “Venom: Let There Be Carnage” in 2021,

the symbiotic antihero has established himself as one of the most important characters in Sony’s Marvel lineup, as well as the protagonist of a billion-dollar franchise (per The Numbers). Tom Hardy has firmly established himself in the twin roles of Eddie Brock and his alien counterpart, and the character’s future appears to be bright.

With that in mind, and as “Let There Be Carnage” fades from view, fans are already speculating about the twists and turns Venom may face in an almost-certain third instalment.

There have been a lot of suggestions about where the series and the main character might go from here — especially in the mid-credits shock in the last film — but few definitive answers. With that in mind, it’s time to delve in and look at some critical aspects of “Venom 3,” which has yet to be given a name.

Is there a release date for Venom 3?

There is currently no release date set for the third “Venom” film, and due to the COVID-19 pandemic, movie release dates have continued to shift around (albeit much less than before), it appears that Sony has simply been waiting to see how the latest film is received before committing to Tom Hardy’s next appearance.

This seems especially likely given how closely his fate now appears to be linked to Tom Holland’s Spider-Man (more on that later).

It’s uncertain whether “Venom 3” will have a release date announcement. As of this now, Sony has recently released “Spider-Man: No Way Home,” and the Jared Leto-led “Morbius” film is due to launch on April 1, 2022. To give those pictures time to breathe, probably, no firm news for the “Venom 3” theatrical release will be made until both of those films have had their chance to shine in theatres.

Given how much Sony enjoys surprising moviegoers with fan service in recent flicks, those films could provide precise clues as to when “Venom 3” will be released. Only time will tell if this is true.

Who could be on the Venom 3 cast?

There are currently few solid answers in terms of the cast list for a potential third “Venom” picture, especially given that the second film concludes with some significant changes in Eddie Brock’s and his titular symbiote’s lives. Whatever form the film eventually takes,

the most obvious requirement is that Tom Hardy reprise his roles as Eddie and as the voice of the symbiote that enables him. Hardy has become the heart and soul of the “Venom” series throughout two chapters, so his presence in a third “Venom” is all but guaranteed.

Things start to become intriguing with the supporting characters. Michelle Williams and Reid Scott as Ann and Dan would undoubtedly make sense if the script called for it, but with Eddie and Venom currently on the run,

it’s not a given. Meanwhile, while the return of either Carnage (Woody Harrelson) or Shriek (Naomie Harris) seems less likely, given that they were both seemingly killed in the second film’s climax — though never say never because the comic book Carnage has risen from worse deaths before — “Venom: Let There Be Carnage” does set up a future for Stephen Graham’s Patrick Mulligan, who in the comics becomes an antihero named Toxin.

Finally, “Let There Be Carnage” concludes with Venom and Eddie arriving in the Marvel Cinematic Universe, so all eyes are on Marvel and Sony to match Tom Holland’s Spider-Man against Hardy.

What could Venom 3’s plot be about?

At this point, no narrative information for the third edition of the “Venom” trilogy has been revealed. However, there is some foreshadowing as to where Venom and Eddie will head next.

Eddie and his symbiote companion are unexpectedly transferred to what looks to be the main Marvel Cinematic Universe timeline inhabited by Tom Holland’s Spider-Man during the mid-credits stinger for “Venom: Let There Be Carnage.” This occurs immediately after the symbiote mentions being aware of numerous realities,

implying that the anti-next hero’s film could be a multiverse adventure, similar to upcoming Marvel films like “Spider-Man: No Way Home” and “Doctor Strange in the Multiverse of Madness.” While it’s clear that Venom and Spider-Man will cross paths in the future,

especially with this multiverse twist in place — as “Let There Be Carnage” director Andy Serkis confirmed, “Of course, it’s going to happen” — it’s unclear whether this will happen in “Venom 3,” a fourth “Spider-Man” film, or a standalone “Spider-Man vs. Venom” crossover film.

Carnage, Venom’s archenemy in the comics, appears to have died, which is a major plot point. Meanwhile, the film establishes Stephen Graham as a larger opponent, although it’s uncertain whether he’ll take on the role of Toxin in the same way as in the comics, as the film implies a different approach. There’s also the possibility that Knull, the King in Black and creator of all symbiotes, will arrive on Earth. For the time being, though, this is simply supposition.