HomePoliticsUzodinma: Okorocha Is My Brother, I Have Begged Him For Forgiveness
Politics 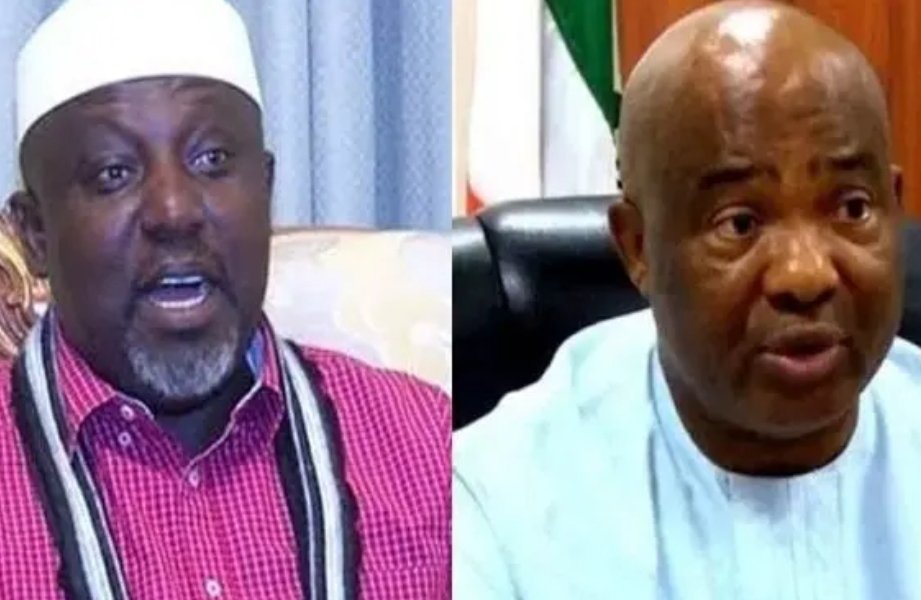 Imo Governor Hope Uzodinma says he has apologised to his predecessor, Rochas Okorocha, to forgive him for any wrong he may had done to him.

Mr Uzodinma disclosed this in an interview with Channels TV on Monday, explaining that he had extended an olive branch to all aggrieved stakeholders in the state.

When asked if Mr Okorocha was among the stakeholders he reached out to, the incumbent governor said he’s begged his predecessor for forgiveness.

“Okorocha is my brother. He is occupying the seat I left in the Senate. I have nothing personal against him,” Mr Uzodinma said.

“All I’m asking is even if I have done anything that does not go down well with him or anybody, forgive and forget. Let us come together to work for our people.”

In January, after his son-in-law Uche Nwosu was arrested by security men, Mr Okorocha had accused Mr Uzodinma of being behind killings by unknown gunmen in the state.

“It appears to me as though the misery behind unknown gunmen has been unravelled by recent happenings. And what is unknown gunmen?

“Unknown gunmen now are set of policemen from government house who without the consent of the commissioner of police, Federal police or DIGs,” Mr Okorocha had said.

He said, “Okorocha and Nwosu have been specifically mentioned by suspects who are in the custody of security agents, as being sponsors of kidnapping and banditry in Imo state, using their relationship with former ex-militants to perpetrate the crimes.”