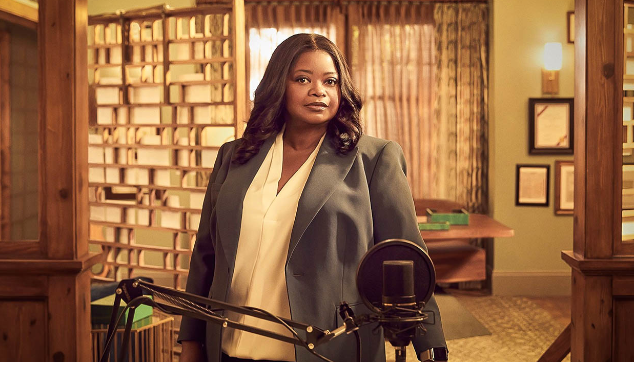 Truth Be Told’ on Apple TV+ follows journalist Poppy Parnell, who has turned to podcasting, as she investigates complicated murder mysteries. In season 2, she deals with the terrible death of her childhood friend Micah’s spouse, which she witnessed on television.

Poppy is brought face to face with her history during the course of investigating the crime, and the narrative displays her life from a number of perspectives throughout. Despite the fact that the core crime of season 2 has been solved, Poppy is far from finished and appears to be looking forward to her next mystery.

Is there any reason to believe there will be more? Here’s what we know thus far about the third season of ‘Truth Be Told.’

The second season of ‘Truth Be Told’ premiered on Apple TV+ on August 20, 2021. Following then, new episodes were released every Friday until the season finale, which aired on October 22, 2021. Season 2 features a total of 10 episodes, with each episode lasting between 40 and 50 minutes in length.

Season 3 has yet to be officially announced, and there has been no official announcement as to whether it will be produced or not. However, Poppy’s journey appears to be far from over, and there is a significant likelihood that another season may be commissioned at some point in the future.

In fact, cast member David Lyons mentioned in an interview that there were many other directions that the show’s plot could take in a future season 3, and that he himself might return to reprise his role in the series.

Despite the fact that no official declarations have been made, this strongly suggests that a third season is being considered.
Additionally, there is a wealth of material from which to take inspiration for a new season. Given that the first season of ‘Truth Be Told’ drew inspiration from true crime podcasts, among other sources, there are a plethora of stories that might serve as inspiration for Poppy’s next investigation.

This suggests that Nichelle D. Tramble Spellman and her team of writers have already conceived a solid outline for the plot arc that might be followed in a future season 3 of the programme, according to Variety. Season 3 of ‘Truth Be Told’ is expected to premiere in late 2022 if it is given the green light shortly.

Truth Be Told Season 3 Cast: Who can be in It?

Because the crimes that Poppy investigates are so diverse, the cast of Poppy’s Murder Mysteries changes dramatically from season to season. However, it appears as though David Lyons, who portrays Detective Aames, will return for a possible third season. In addition, we may anticipate a slew of new cast members being added to the show’s roster in the near future.

Truth Be Told Season 3 Plot: What can it be About?

As Season 2 comes to a close, it is revealed that Joshua was murdered by a former police officer named Martin, who harboured ill will toward Micah’s husband because of a documentary film he produced.

The murder is also shown to have been carried out by Micah’s business partner Ivy, who collaborated with him in order to prevent their brand, Shelter, from being damaged if Micah’s falsehoods are exposed. Martin is eventually slain, and Ivy is taken into custody. Even Poppy comes to the conclusion that Micah did not murder her husband, and the two childhood friends repair their feelings for one another.
The prospective third season will revolve around Poppy becoming involved in yet another mystery, which she would explore through her podcast. She is expected to enlist the assistance of her buddy Markus once more, and Detective Aames may also make an appearance in this episode.

With regards to her personal life, Poppy’s rocky emotional relationship with Ingram is expected to continue. The character of Poppy’s father, Shreve, who begins to suffer from a memory impairment in season 2, will likely struggle with his advancing age at the same time as he maintains the secret that Poppy is actually his biological daughter. Finally, if the pattern established by the previous two seasons continues, the prospective third season will also revolve on an unexpected murder of some sort.