Firefighters are currently battling to salvage a three-storey building in the Mushin area of Lagos after a petrol-laden tanker exploded at a nearby filling station. 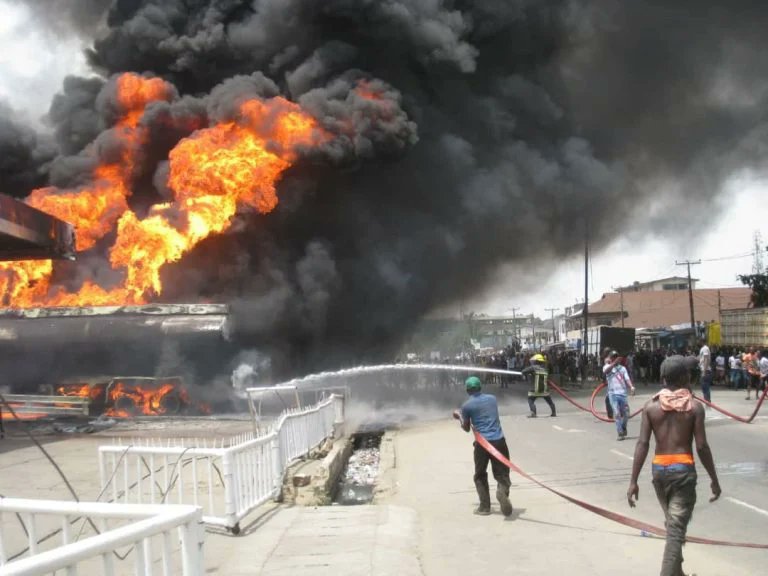 Daily Trust learnt that the tanker was offloading fuel at the filling station around 1pm when it suddenly caught fire and spread to the residential building.
The Lagos Territorial Coordinator of the National Emergency Management Agency, Ibrahim Farinloye, however said no life was lost.

He said, “A fire outbreak as a result of a PMS tanker trying to discharge its content exploded at about few minutes to 13.00 hours and spread to a three-storey residential building opposite Alakara Police Station, Mushin, Lagos.

“No life was lost and no one injured. Containment of the fire has been very successful. Effort is ongoing to salvage the three-storey building from being totally consumed. Few items were saved.” 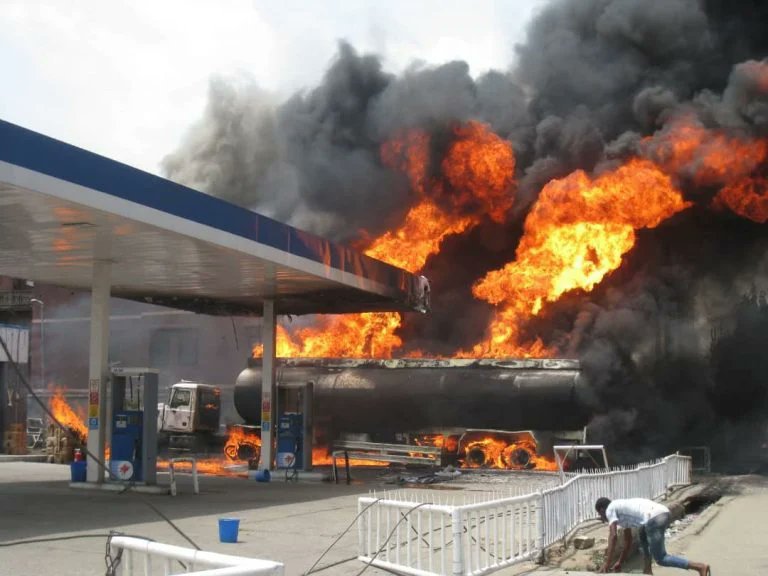 Also, the Lagos State Fire and Rescue Service said the agency had moblised its officials to the scene to attend to the incident.

The agency’s Director, Mrs. Adeseye Margaret, said in a statement that a preliminary investigation revealed that a fully-laden 33,000-liter tanker was involved in the explosion.

She stated that the tanker wanted “to service Mobil Petroleum Filling Station.”

“Although the cause of the disaster is yet to be ascertained, officials of Lagos State Fire and Rescue Service remain on top of the situation and will provide necessary updates as situation demands.

“Motorists are advised to seek alternative routes away from the Idi Oro Corridor of Agege Motor Road, Mushin,” she added.