Police officers inspect the remains of a missile that fell in the street, after Russian President Vladimir Putin authorized a military operation in eastern Ukraine, in Kyiv, Ukraine February 24, 2022. 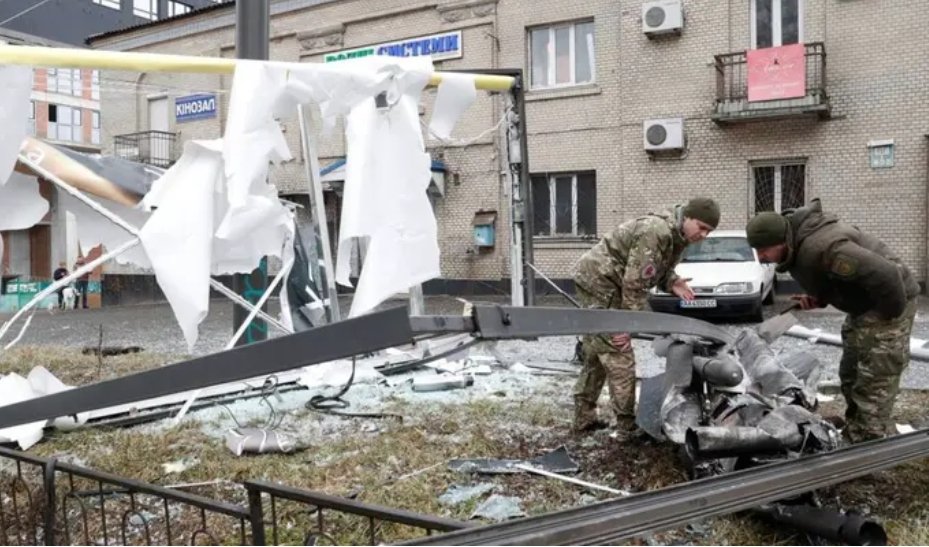 As the world comes to terms with the Russian invasion of Ukraine, here’s a quick guide to the basics.

Ukraine is in Eastern Europe and shares a border with Russia. It used to be part of the Soviet Union, but became an independent country in 1991.

Ukraine is Europe’s second-biggest country by land mass with a population of 44 million.

Russia, the largest country in the world, is home to 144 million people.

Russia seized part of Ukraine’s territory when its pro-Russian president was deposed in early 2014.

Ukraine’s President Volodymyr Zelensky has vowed to fight for his country, saying: “We’re strong. We’re ready for anything.”