A twitter user identified as @TheFabMinister has shared a sad and scary message that seemed like a su!cide note or something worse.

From his tweet, he revealed he had already spent the weekend with his son whom he loves, but he goes further to state that his son would be better off without him.

“I spent my weekend with my son. It may be the last time he hears from me. I assured him that I love him and he is better off without me…”

He also included a photo of his little and innocent son who seemed happy as he had a sumptuous meal in front of him.

The twitter user then concluded when he wrote:
“No one should blame anyone!”.

He used a heartbreak emoji, a sad faced emoji and a crying emoji to conclude his statement. 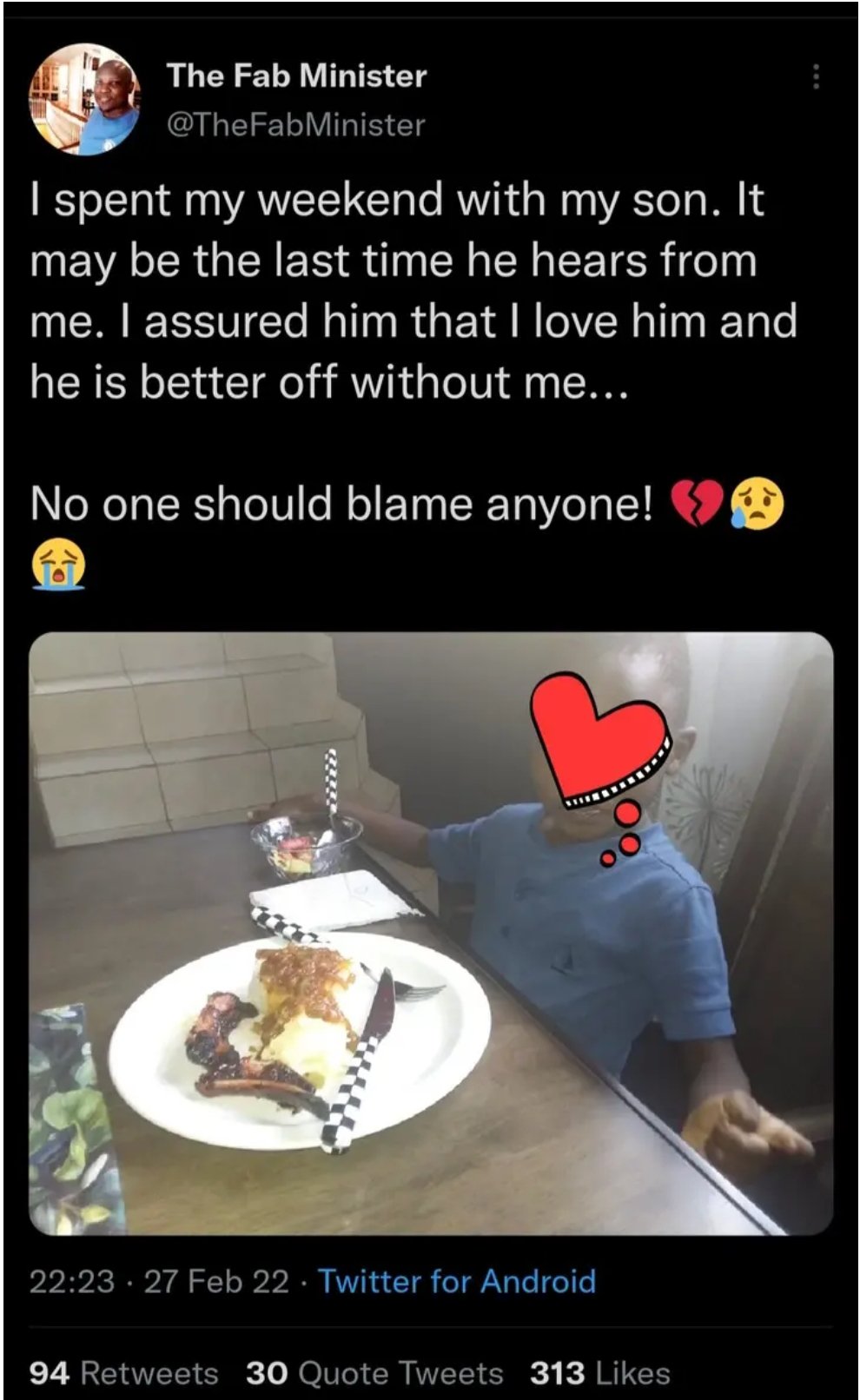