HomePolitics“This is the Same deputy Governor who knelt down to beg us” – Wike Slams Edo Deputy Gov, Shaibu
Politics

Rivers State Governor, Nyesom Wike on Saturday took a swipe at the Deputy Governor of Edo State for allegedly speaking in an uncanny manner against the PDP. 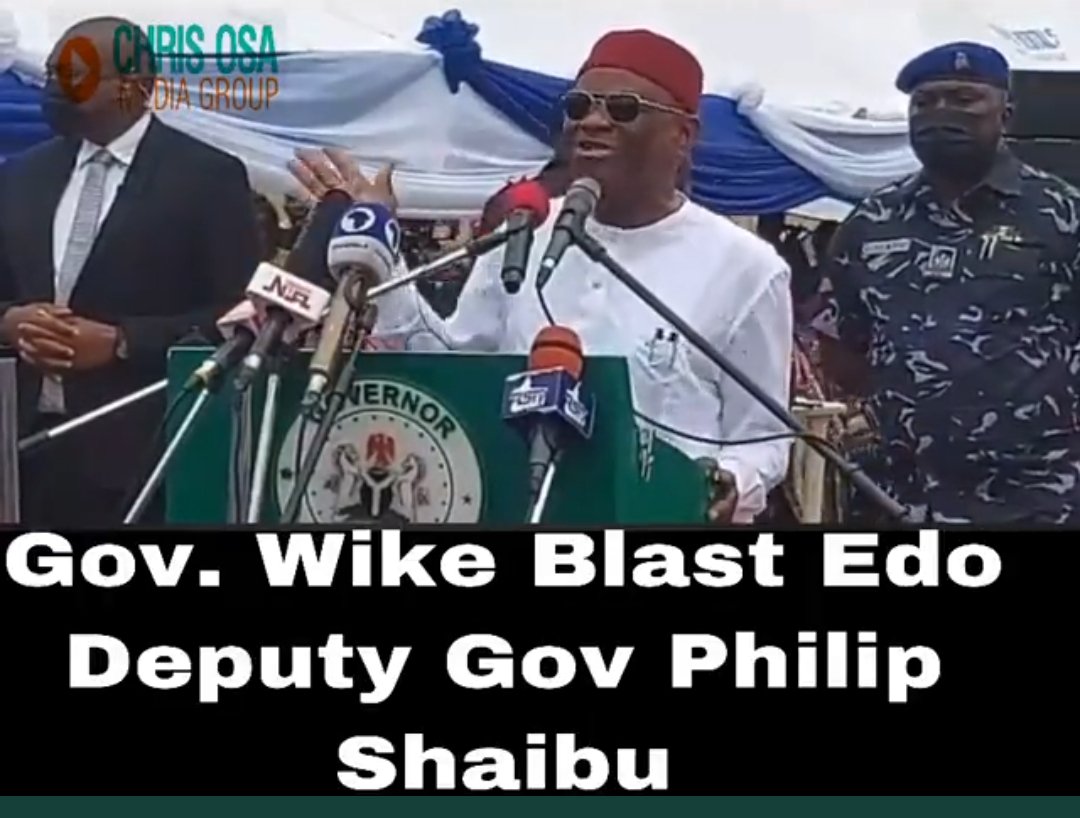 The governor disclosed that he had written a letter to the National Chairman of the Peoples Democratic Party, PDP, Iyorchia Ayu, demanding disciplinary action against the Edo State Deputy Governor, Philip Shuaibu, for his remarks against PDP.

Wike said he gave reasons to Ayu why a disciplinary committee needed to be set up against the deputy governor, who lost his ward in the last election.

He said: “This is the thing I am talking about impunity. I was watching when a deputy governor was ranting in the media, threatening the party that there is an alternative to PDP.

“This is the same deputy governor who knelt down to beg for us to give them an umbrella. Today, he has the effrontery to threaten PDP.”