HomeEntertainmentsThey Get Money! Zubby Michael Shows Up at E-money’s House With Bag of Money, Rains Bundles on Billionaire Ahead of Party
Entertainments

Nigerian billionaire, E-money is set to throw a lavish birthday party to mark his ascencion to the 4th floor

In a video shared by E-money’s big brother, Kcee, actor Zubby Michael is already in the mood to paint the party red with money. 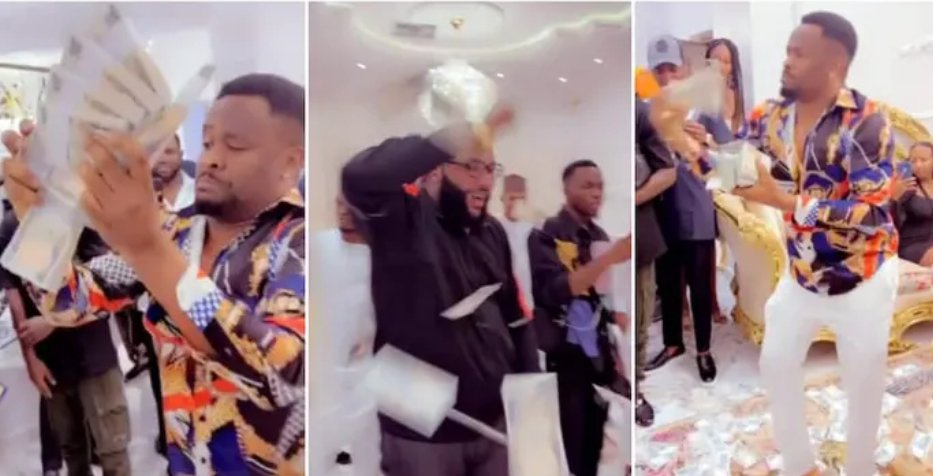 The actor was seen in the midst of other people in E-money’s mansion with a bag where he brought out bundles of cash which he sprayed on him
Actor Zubby Michael is in the mood to splurge millions on billionaire E-money at his 40th birthday party later today.

In a video shared by musician Kcee, who is E-money’s big brother, Zubby showed up at the billionaire’s mansion.

The actor changed the atmosphere completely as he threw money into the air while E-money danced to the music playing in the background.

The more the people around hypoed him, the more Zubby got gingered to drop money, when the bundles in his hands finished, he reached into the bag and brought out more money.

The floor of E-money’s tastefully furnished sitting room was covered with several notes and bundles of money.