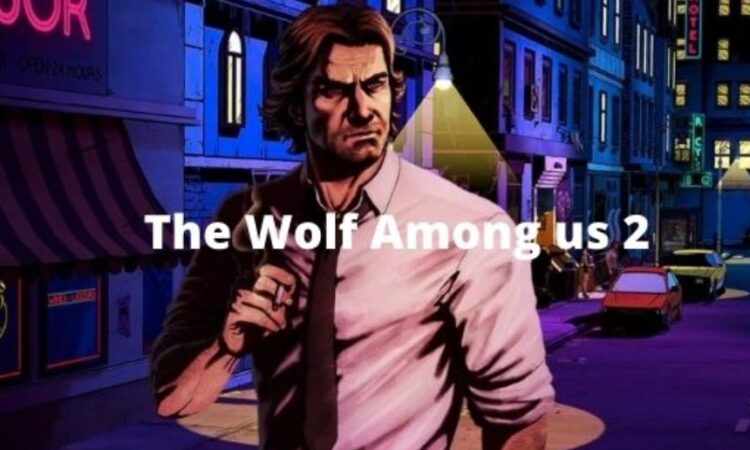 Many people assumed Bigby Wolf’s return was a hoax. After all, when Telltale Games abruptly shut down in September 2018, it appeared to have told its final narrative. A fairy godmother-like intervention by holding firm LCG Entertainment revitalised the studio. The Wolf Among Us 2 was also reborn as part of that process. Despite the fact that the original Telltale and AdHoc Studio team had already started working on the sequel to the acclaimed 2013 hit, the new Telltale and AdHoc Studio team started from scratch.

It’s been a long time since we’ve seen this. In 2017, Telltale promised that you’d be able to return to Fabletown in 2019. Unfortunately, the studio closure has put an end to that. Gamers were happy to get a little teaser at The Game Awards 2019 because of this. So, when can you expect to see The Wolf Among Us 2 in action? What systems will it be available on? What can we expect in terms of plot and character development? All the details concerning the sequel are here.

How Much Do We Know So Far About The Wolf Among Us 2?

According to new information, Telltale Games’ sequel to The Wolf Among Us will be released in 2023. We get a glimpse of Bigby Wolf and what he’s up to in the latest trailer. As a werewolf and a private investigator, Wolf has to deal with the dysfunctional fairy tales that populate his world. Comic-book-inspired drama, The Wolf Among Us is set in the fictional New York borough of Fabletown.

After Telltale’s demise the previous year, LCG Entertainment revived the project in 2019. AdHoc studio, which includes former Telltale workers and developers from the original The Wolf Among Us, is now working on The Wolf Among Us 2. Nick Herman and Dennis Lenart, Pierre Shorette, Jared Emerson-Johnson, and Adam Harrington and Erin Yvette are all returning to the project.

The five chapters of The Wolf Among Us: A Telltale Game Series were released between 2013 and 2014. Telltale had a sequel in the works before it was axed; this iteration is a brand new endeavour. This is the first significant update on development that fans have received since a tweet in 2020 from the developer. The studio is also working on a storey featuring Camina Drummer in the The Expanse universe.

Werewolves 2 is Coming out in what year?

LCG Entertainment intended to provide the creative team with a blank canvas on which to start from fresh. The work done by the original Telltale crew before the studio closed has been confirmed by the company as not being included in the game. It’s been revealed that The Wolf Among Us 2 is being constructed with Unreal Engine instead of Telltale’s outdated engine.

Do you know how much time it takes to make a The Wolf Among Us movie? It’s difficult to say because of the conditions. The return to Fabletown may come sooner than expected for some, but it’s more probable that you’ll see the game in early 2021. There is at least one reported leak that supports this notion, with the Reddit user providing an overview of Telltale Games’ current development status.

How can I find out about The Wolf Among Us 2?

Even if the teaser trailer for the resurrected The Wolf Among Us 2 only lasted 47 seconds, it was enough to get fans excited. The original game’s dark, neon-lit noir design brought back warm memories. Narrated by her, Bigby is asked by Snow White to play a big bad wolf for them and her again. Is he someone she can trust?

He responds, “Always.” LCG has stated that Snow and Bigby’s original voice actors would reprise their roles in the sequel. After all, Bigby Wolf has a particular voice, and it’s hard to imagine anyone but Adam Harrington delivering his grittier lines.

Are there any Details on when and where The Wolf Among Us 2 will Release?

When The Wolf Among Us 2 is out, how can you play it? The Epic Games Store must be installed on your PC if you’re a PC user. This title will not be available on Steam, as Telltale has an exclusive arrangement with the shop.

Console gamers will not be left out of the celebrations. LCG Entertainment has stated that the game will be available on consoles, although they have not specified which. In terms of aesthetics, the cell-shaded comic book approach of The Wolf Among Us 2 isn’t demanding enough to warrant a next-generation console game. To continue Bigby Wolf’s narrative, you will have to wait for the new Telltale. However, it is unlikely that you will need to purchase the PlayStation 5 or Xbox Series X to do so.

Where does The Wolf Among Us 2 take place?

Bill Willingham’s Fables comic book series is the inspiration for the Wolf Among Us film series.

The sequel to The Wolf Among Us will pick up right where the previous one left off. Snow White is now the deputy mayor, and she has a job for Bigby in her sights. Whatever the task, it appears he’ll be forced to revert to his more ruthless methods. Certainly, the original left you with a few unanswered questions (who is Nerissa, after all?). Telltale, on the other hand, has kept the upcoming game’s plot a closely guarded secret thus far. The Wolf Among Us 2 will be broken up into numerous episodes, but how those episodes will be released is still up in the air.