The Two Security Boys Were not Sacked, But sent Out for Retraining- Chicken Republic Management Break Silent 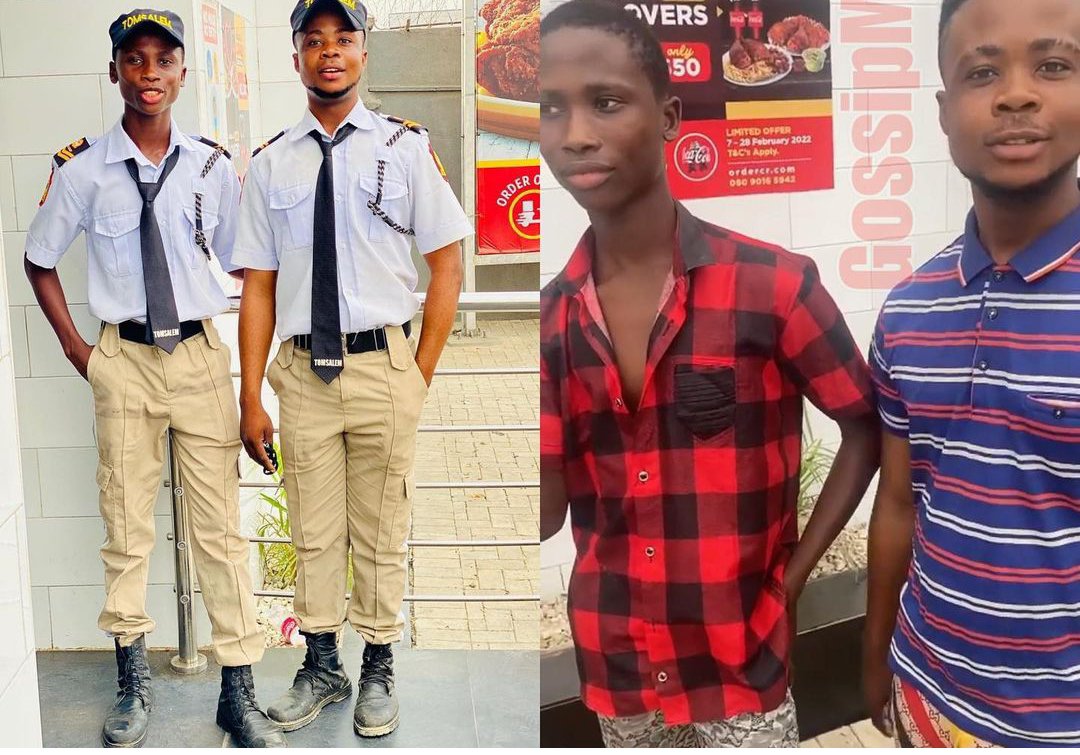 We’d like to thank our loyal followers and customers for the feedback received on the various social media threads. As a company, Chic ken Republic encourages all staff to have fun at work, and this is evident in the multiple songs, dances and “Nice, Nice!” chants that you will often hear in our stores, whilst you are patronizing them.

It is disappointing that some people may have the impression that Chicken Republic fired these security guards for dancing in our stores, this is not true, and hence we need to set the record straight. We take the safety and security of our customers, staff, and assets very seriously and as such, we outsource our security to various private security companies that specialize in these services.

which is, your safety and your security. There are always multiple sides to every story, and as a company we have taken your feedbackvery seriously. We have followed up with the security company, and they have assured us that the security guards have not been fired, have been paid their dues and have been offered some retraining.

We value your opinions and have heard you! We can assure you that we are in close communication with the security company and will ensure that everyone is treated fairly and with respect. 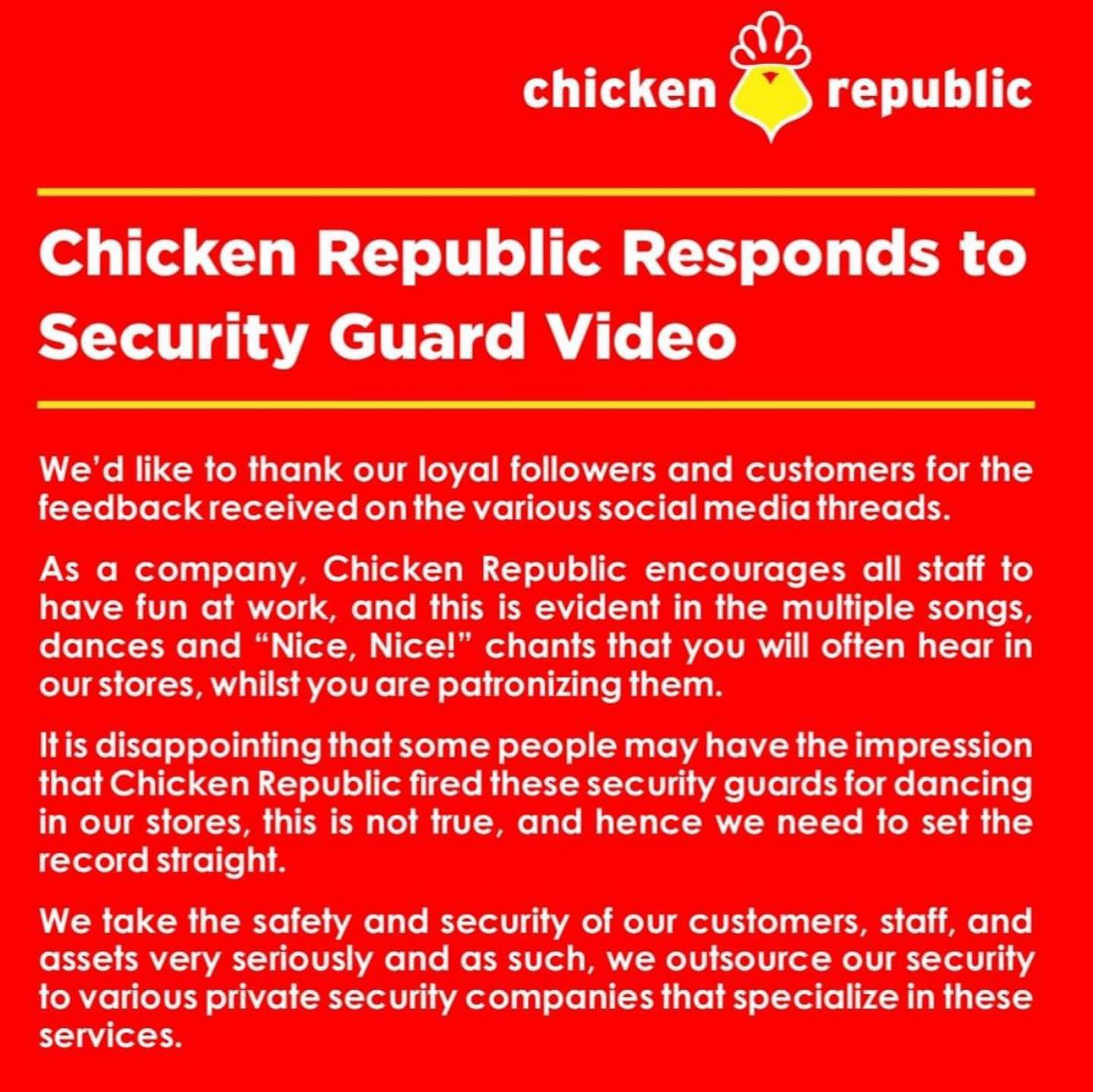 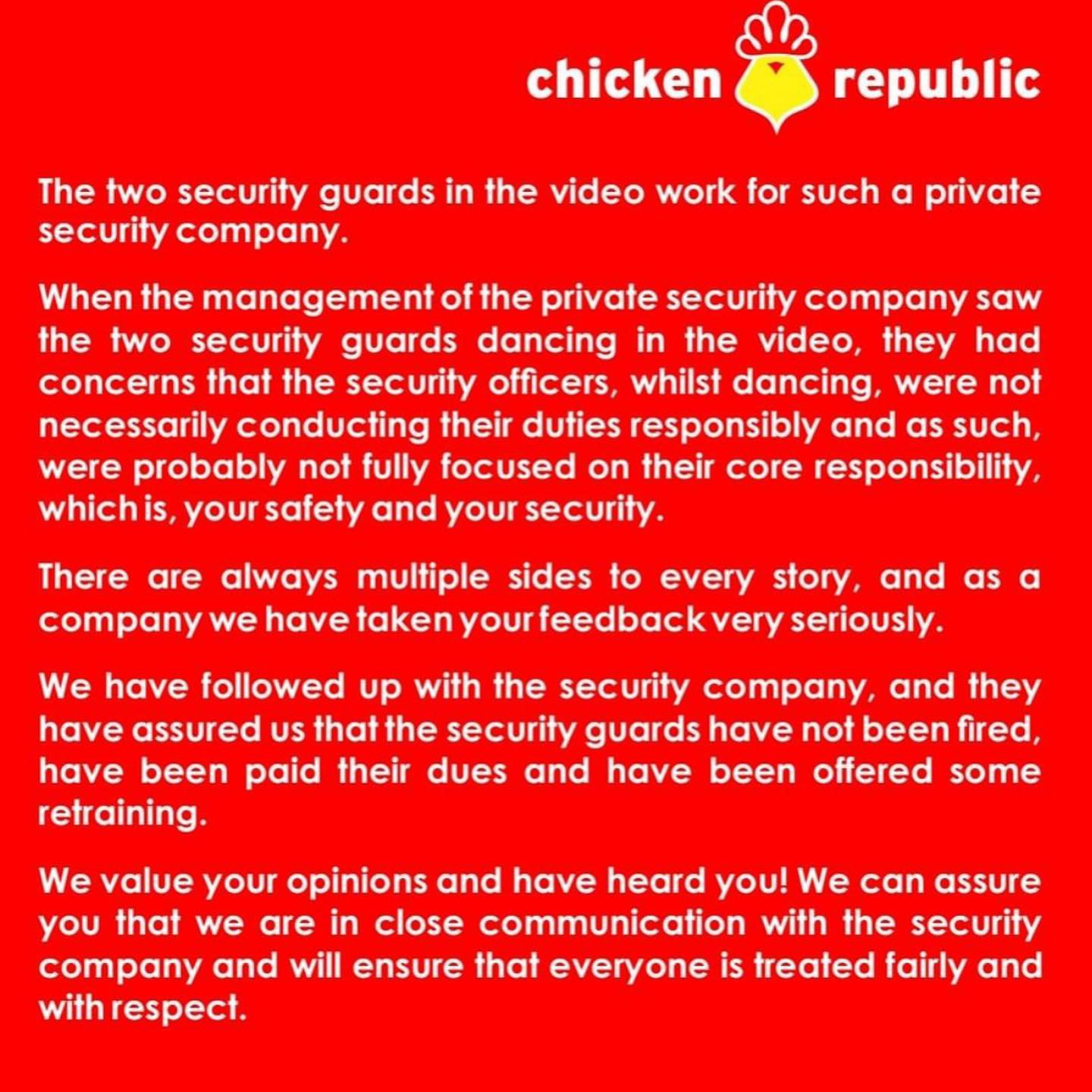