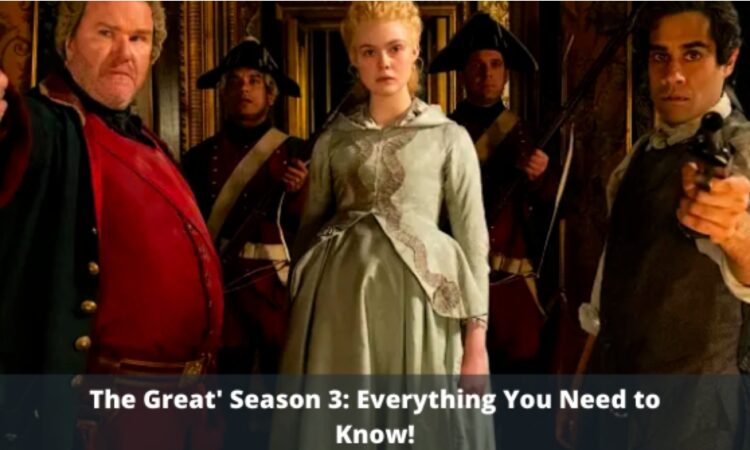 The Great’ Season 3-You’re not alone if you binge-watched all ten episodes of The Great season two at a single weekend when Hulu first released it in November. Season three of the brilliantly clever and irreverent historical dramedy is finally on the way, which is great news for fans.

Hulu made the revelation this week at Disney’s winter press tour session for the Television Critics Association. Season 3 will have 10 episodes, according to the streamer. There’s no word on when the second season will premiere, but it’s reasonable to assume that Elle Fanning will reprise her part as Catherine the Great, with Nicholas Hoult reprising his role as her pretentious husband Peter, with whom she has a love-hate relationship.

The Great is a satirical account of Russia’s longest-reigning female queen, partly based on historical truth. It is written by Tony McNamara, who also wrote The Favourite.

Season two began with Catherine’s accession to the throne and continued her quest to bring enlightenment to Russia, as well as her growing realisation that her nation may not want to be free. According to Hulu’s official release, the show’s second season was one of the year’s top-performing original comedies.

In a November interview with The Hollywood Reporter, McNamara said that he had no definite plans for how long the series would go. “At the moment, I try not to look too far ahead. At the end of season two, I didn’t exactly know what season three was. I prefer not knowing what comes next. If you have a show with a wonderful ensemble and a terrific collection of characters, you can invent as you go for a while,” he stated.