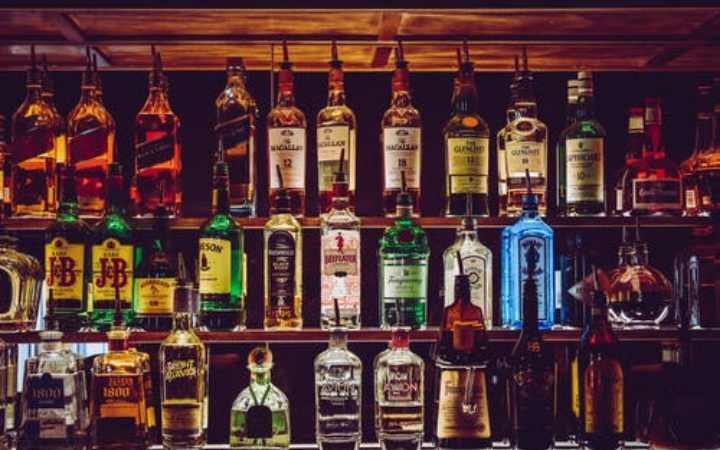 Streaming services are no longer taking second fiddle to the cinema. Over the past year may have shown exclusive new releases, from low-budget indie films to big blockbusters.

One of the biggest global streaming services is Amazon Prime. Not only does Amazon Prime produce original and exclusive series like Reacher, Vikings, and Good Omens, the service has also been buying the exclusive rights to newly released movies. This means that subscribers can view these new releases for free, from the comfort of their own homes.

Unlike straight-to-tv movies from the past decades, the new content released on streaming services is of the highest quality. Films like Being the Ricardos, which was written by Oscar-winning writer Aaron Sorkin, and The Electrical Life of Louis Wain have been highly anticipated and well received. And 2022 looks to bring us more of the same, with dozens of other new exclusive releases set for the coming months.

One such movie is Tender Bar, released on Amazon Prime on the 7th of January. Tender Bar is a gentle biopic which draws on the viewer’s nostalgia for a time and place, rather than their affection for the subject. The main character here is a young JR Möhringer, known today as an American Journalist and Writer, and the events of the film are taken from his memoir of the same name, published in 2005.

Möhringer is not a household name, so might be seen as an odd choice for what is essentially a biopic, however that doesn’t make his experiences growing up in Long Island any less interesting. In fact, it makes them more relatable.

When his father walks out, young JR is left in the care of his determined but struggling single Mom. In order to do the best for herself and her son, she decides to move the family back to Long Island and they take up residence with her father in his rundown old house. Growing up, JR is torn between pursuing his dream of becoming a writer and his Mom’s ambition that he become a lawyer.

Guiding him along the way and inspiring him to be true to himself is JR’s Uncle Charlie. Charlie runs a bar called Dickens, but he isn’t your typical barkeep – Charlie is educated, chivalrous, and loyal – and he quickly steps into the role of father-figure

Much of the film is centred around action within the bar, including interactions and conversations between young JR, Uncle Charlie, and the rest of the patrons and customers. The film takes viewers from JR’s arrival in Long Island to his graduation from university and the completion of his journey into adulthood.

Tender bar is packed with recognisable faces and solid character actors. Young JR is played by Daniel Rainieri, making his screen debut alongside Lily Rabe who plays his Mom and Christopher Lloyd as his Grandad. The grown up JR is portrayed by Tye Sheridan, of Ready Player One fame. But the headline act in the film is Ben Affleck as JR’s Uncle Charlie, the main father-figure in his life, and owner of the bar where the majority of the film is set.

Affleck’s career has had a resurgence of late, with high-profile roles like Batman in The Justice League. His rekindled romance with ex-fiancé Jennifer Lopez has also thrust him back into the spotlight. As a result, lots of new fans have been introduced to the famous actor. Many are also finding out about his top poker skills and have become inspired to play the game themselves at websites like 888poker.

There’s a famous face behind the camera too. Tender Bar is directed by none other than George Clooney, and anyone who is a fan of his movies will instantly recognise his style. Clooney has the time and the money now to indulge himself and pick and choose only the projects which really interest him. And he tells them in the style of a storyteller.

You won’t find dramatic events and tons of special effects here, Tender Bar is a slow burning movie, focused on the characters and dialogue rather than keeping the viewer on their toes. The 1970s are passionately evoked through careful location dressing and character study, and anyone who lived through those times will feel a warm rush of nostalgia.

Tender Bar is a warm and heartfelt rendering of a coming-of-age story, set against the backdrop of vintage Americana. The characters are all viewed through JR’s eyes and as such can come across as a bit one-dimensional at times, and his view of Uncle Charlie doesn’t stop short of hero worship, but all these flaws are forgiven because of the obvious affection with which the story is told.

Featuring acting heavy-weights Ben Affleck, Christopher Lloyd, and Lily Rabe, Tender Bar was released on Amazon Prime on the 7th of January and can be found in the new releases and exclusive releases sections of the streaming platform. However if you’re looking for alternate movie genres, Noviascotiatoday has received word that a new season of Reacher may be on the horizon and may be added to the latest collection of Prime’s unique feature film choices in the near future.