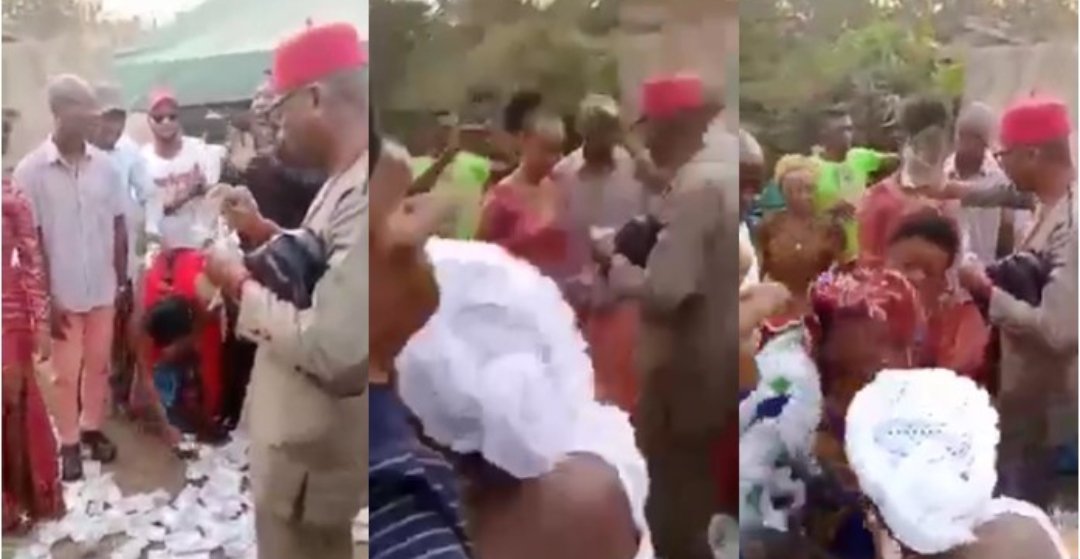 A video fast making the rounds online captures the weird act that occurred at a recent wedding ceremony in Nigeria.

A rich man sprayed dollar bills on a newly wedded couple and held onto only one of the cash.

However, what captured the attention of netizens was when he used the single note to rub on their faces and kept it in his purse before walking away.

A Facebook user, Munachi Harry shared the video with the caption; ”Let’s all be careful.

Things are really happening. As seen on the video below 👇👇👇 A marriage was held somewhere in Imo, A man came and was spraying the couple dollars.

At the end, he took one of the dollars rub it on their faces, and went away with it.

The strange thing is, Why did he use it to rub their faces? Why didn’t he drop it after rubbing it on their faces? I pray nothing happens to the couple.”