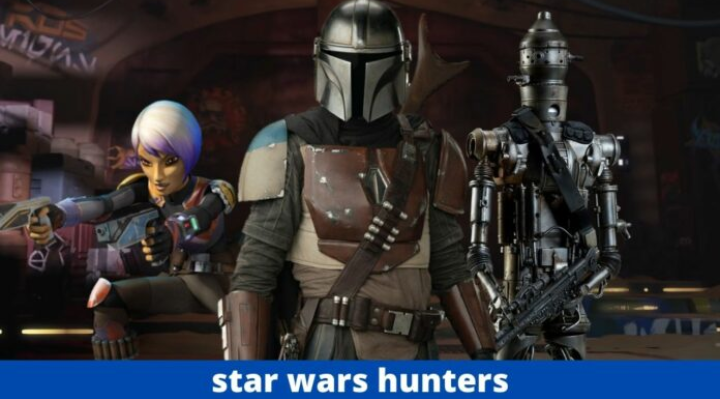 Hunters is an anticipated competitive arena combat game being developed by Zynga for the Nintendo Switch, iOS, and Android, and is scheduled for release in 2022. The game takes place after the collapse of the Galactic Empire and introduces a new cast of characters such as bounty hunters, rebellion heroes, and imperial stormtroopers.

The game will bring gamers together in real-time to combat in settings inspired by Star Wars places. According to the official Nintendo website, it will be team-based, fast-paced, and aesthetically gorgeous, with a diverse cast of characters including a Wookiee warrior, a female Dark Side force user, a bounty hunter, and an Imperial Stormtrooper.

Zynga’s Star Wars: Hunters, which was announced at a Nintendo Direct back in February, is a new 4v4 arena battler that will be available on iOS and Android in addition to the Nintendo Switch and will offer cross-platform play. Following the first announcement, we didn’t hear much about Star Wars: Hunters, but in September, a new cinematic trailer was published, introducing some of the lore and characters that will be featured in the game. The game’s idea is that it takes place after the collapse of the Galactic Empire and is a form of reality game show in which players compete in a variety of arenas modeled on famous locales in the Star Wars universe. I guess you could call it an Overwatch meets Smash TV situation? Anyway, that sounded extremely fantastic, but now Zynga published a new trailer showing off the gameplay in Star Wars: Hunters, and I can confirm it looks really cool as well

The teaser not only shows the game in action but also reveals the roster of characters you’ll be able to choose from in Star Wars: Hunters. I haven’t been into the recent hero shooter fad, but I do appreciate that each of these characters has a different personality and backstory rather than just being a generic Stormtrooper, generic Jedi, generic Wookie, etc. You can discover more about these characters and the venues shown in the trailer by visiting the game’s official website. While you’re there, you can also pre-register and contribute to unlocking some goodies when the game releases. Star Wars: Hunters is currently scheduled for release in 2022, however, it is currently in soft launch on Android in India, the Philippines, Malaysia, and Indonesia, and will enter soft launch on iOS devices early next year.