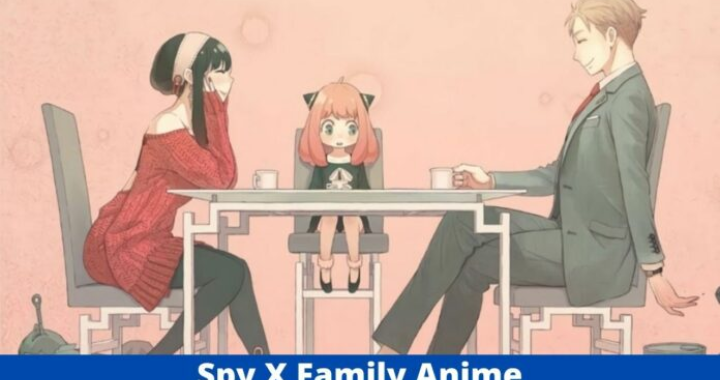 The series features Loid Forger, an undercover spy with the Westalia Intelligence Services’ Eastern-Focused Division who has committed his life to undercover missions (W.I.S.E.).

Despite his extensive experience in the intelligence business, he is surprised to be assigned to Operation Strix. The top-secret mission requires him to find a wife and a child in a week in order to infiltrate a social function at a prominent school attended by politicians and business figures.

Yor Briar, an office worker, and Anya, a cheeky orphan, are the perfect family he meets on the job. Yor is an assassin, and Anya has the secret power of telepathy, despite the fact that they appear to be simple additions to Loid’s home.

WHEN IS THE SPY X FAMILY ANIMATION COMING OUT?

The official press announcement for the Spy x Family anime adaptation said that the series would premiere in 2022 in November 2021.

On Day One of the Jump Festa 2022 events in Japan, Spy x Family was the first major panel to go live.

Not only did the production team provide a new PV trailer for the series, but they also revealed that it would launch in April 2022 on the Spring airing schedule.

Fans could expect the series to launch in the first two weeks of April 2022, despite the lack of a precise release date.

The accompanying international streaming site has not been revealed as of this writing, but fans may expect the series to be simulcast on Crunchyroll or Funimation, both of whom reported on the latest announcement.

Spy x Family is about a spy named Loid Forger who creates a fictitious family in order to complete a job that demands him to assassinate his target, Donovan Desmond, a man who wants to provoke a deadly war between the East and the West

His fictitious family includes his wife, Yor, and their adopted daughter, Anya, who is tasked with becoming friends with Desmond’s son, Damian. Yor, an assassin, and Anya, a professional mind-reader, are each assigned with their own assignments, which Loid is unaware of.

This fictitious family must complete their duties while keeping their true identities hidden from one another. But how long can this massive secret be kept hidden? To discover out, you’ll have to tune in!

The first member of the cast has confirmed;

Takuya Eguchi, who plays Loid Forger, is the first voice actor to be cast in the Spy x Family.

Eguchi is a veteran of the anime industry, having first appeared in the Golgo 13 series in 2008. Sword Art Online (Ducker), Haikyu (Yuuji Terushima), KonoSuba (Kyoya Mitsurugi), That Time I Got Reincarnated as a Slime (Soei), Given (Akihiko Kaji), Fruits Basket (Kakeru Manabe), and Tokyo Revengers are among the 34-year-significant old’s roles (Shuji Hanma).

Atsumi Tanezaki, who fans may recognize as Mujika from The Promised Neverland, Vivy from Vivy: Fluorite Eye’s Song, Nikki from Dr Stone, and Juno from Beastars, will act alongside Eguchi as Anya Forger.

Twilight takes on a new mission as one of the best spies in the world. This new one, on the other hand, demands him to start a family. As a result, he gains a woman who is willing to be his wife as well as an orphan child. With the support of his newlywed wife, Yor Forger, and daughter, Anya Forger, Lloyd Forger is ready to unravel the riddles of this quest.
Yor turns out to be an undercover assassin, which is surprising. Anya also possesses the extraordinary ability to read people’s minds. As a result, a twisted story begins with a twisted family.

Where can I watch Spy X Family?

In addition to the trailer, Jump Festa 2022 stated that Crunchyroll will broadcast the anime worldwide. As a result, it’ll only be a matter of time before we see our favorite action spy comedic anime series again.