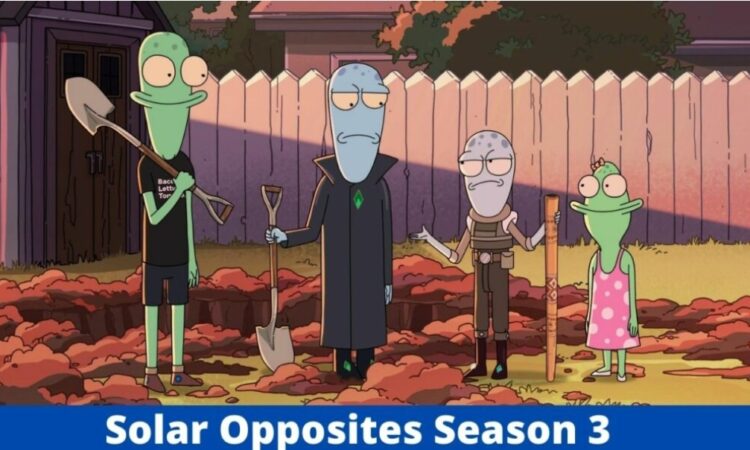 Last year, Hulu premiered “Solar Opposites,” which had a lot going for it. Specifically, Justin Roiland of “Rick and Morty” fame was one of the project’s major creative voices, having co-created it with Mike McMahan. The series has a devoted following on Hulu and has received a lot of critical acclaim over the course of two seasons. The good news for fans of the series is that they aren’t ready to call it quits just yet. Here is everything we know about “Solar Opposites” season 3 so far.

As of this writing, Hulu has not announced a release date for season 3 of “Solar Opposites.” However, given the arrival of the holiday special in November and the production timeframe, early 2022 appears to be a reasonable prediction.

Hulu didn’t waste any time in committing to this show, since it was renewed for a third season just a few months after it debuted in 2020. For quite some time, production has been ongoing, with the team knee-deep in it. Mike McMahan told Inverse in Mach 2021 that they were working on animatics for the new season, which will have 12 episodes instead of the previous two seasons’ eight. “We’re going to start making animatics. Across the season, we’re virtually in all of the phases at the same time. So we’re still in the middle of things “McMahan explained.


Roiland went on to say, “We just released Episode 7 to animatic, and the first five have been receiving cleans. So now we’re in the thick of it.” But that was several months ago, so they are undoubtedly considerably further along with it now. The major lesson is that, unlike “Rick and Morty,” which is frequently delayed, these episodes appear to be arriving on schedule.

Solar Opposites Season 3 plot be about:

That is a fantastic question. After all, the family was resurrected as trees and smack-talking their neighbors in season two, which seemed to tie everything up nicely. From there, where could they possibly go? The show’s creators recently met down with SyFyWire for an interview to answer that very issue.

“There’s some really f***ing ridiculous stuff in Season 3,” Roiland stated in the interview, pledging that they will continue to push the boundaries of what they are (and aren’t) allowed to do on TV. McMahan went on to say that the extra-long season allowed them to “[go] more stranger” with the show’s antics.

What about Cherie and Halk, with baby Pezlie in tow, vowing vengeance on Tim? Given how infatuated the show makers are with the show-within-a-show that is the Wall, it’s safe to assume they’ll be pursuing that plotline in full force (SyFyWire).