A couple have gone viral for several reasons after their wedding video was shared online. 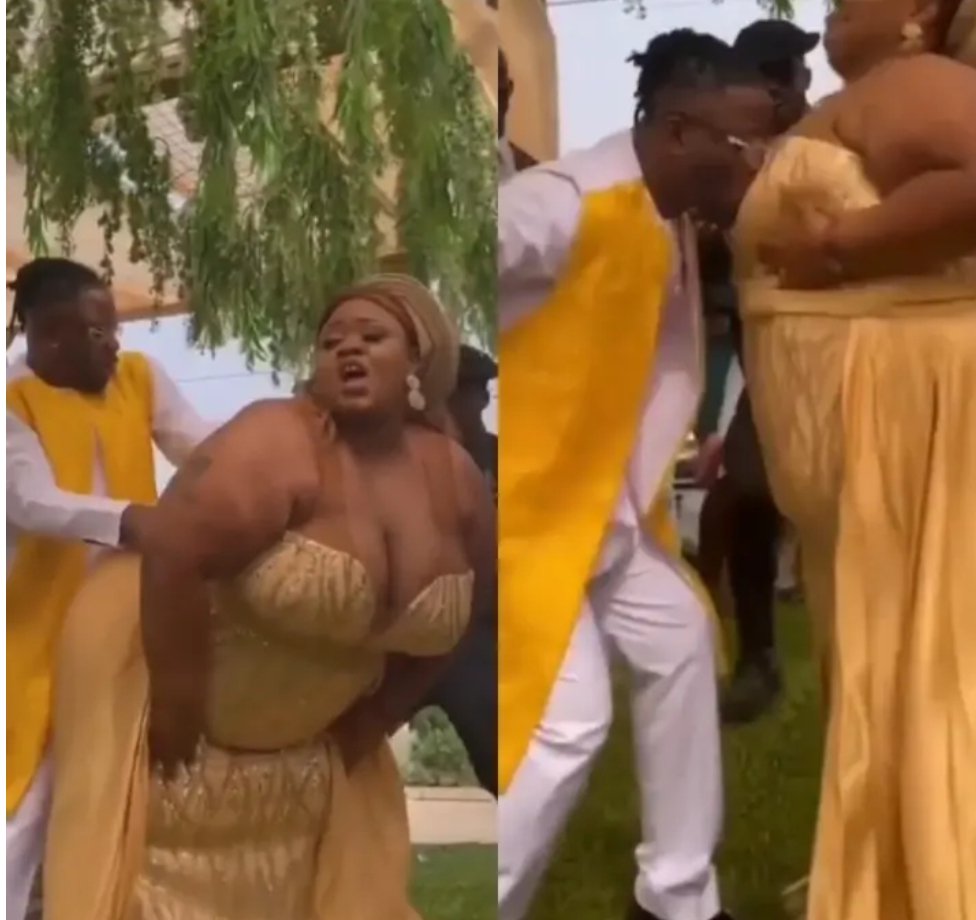 The Ghanian couple is seen dancing to KiDi’s Touch It.

At one point during their dance, the bride is seen cupping her breasts while her groom buries his face in her bosom.

Asides their dance step, the difference between the couple’s body size has also been commented on by viewers.

Watch the video below.: