HomeEntertainmentsSnoop Dogg Mocks Kanye West’s Boots: ‘Ain’t No Way In The World I Can Walk’ In Those
Entertainments 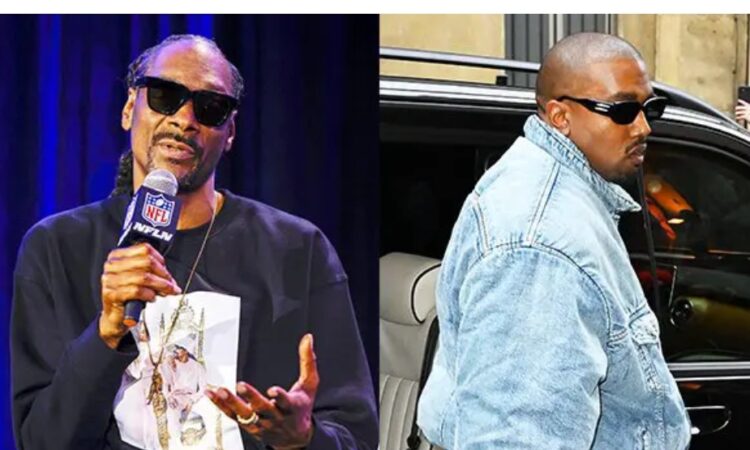 Snoop Dogg is a fashion icon in his own right, so he may have a lot to say about someone else’s style — including a fellow rapper! The 50-year-old West Coast hip hop icon couldn’t help himself when it came to commenting on Kanye West’s latest wardrobe statement: a pair of knee-high Balenciaga x Crocs black boots. During a recent interview with DJ Whoo Kid, Snoop didn’t mince words when he said he would never be caught sporting such footwear, which Kanye boldly wore at Paris Fashion Week in January.

“Ain’t no way in the world I can walk in the mother f***king big ass space boots,” Snoop quipped in a video that was shared to Instagram, per Us Weekly. “Only way I’d wear them mother f***kers is if they got me jumping off the Empire State Building into a mother f***king lake full of gators or some s**t and I gotta walk on the gator like Pitfall to get out of there.” He quickly added, “I can’t hate on it, but I tell you what: I’d never wear them, I’m glad it never snows in California.”

This isn’t the first time Snoop has dragged Kanye’s fashion choices. Back in 2019, the “Smoke the Weed” hitmaker had a hilarious critique for Kanye’s own Yeezy shoes for kids. After Kim Kardashian took to her Instagram Story in October of that year to show off Kanye’s latest Yeezy product — which were slides made for children — Snoop couldn’t resist commenting on the new footwear design. “She been getting dudes out of jail now he gone sell jail slippers . W. T. F. None of my bidness,” the cookbook author commented in a video.

Meanwhile, Snoop is getting ready for his big gig at the Pepsi Halftime Show during Super Bowl LVI. The legendary rapper is teaming up with other icons for the sure-to-be-epic extravaganza. Mary J. Blige, Eminem, Kendrick Lamar and Dr. Dre will be performing together with Snoop when the Cincinnati Bengals and LA Rams face off at the SoFi Stadium on Sunday, Feb. 13 in Los Angeles.