She’s Paying Me Back With Evil After Taking A Loan To Send Her Abroad- Man Cry Out.

We had dated for four years when we decided to get married. Just around that time, Phyllis had an opportunity to travel outside. She had the same opportunity two years prior but she couldn’t go due to lack of funds. So this time, she was very determined to go. I was home one day when she came up with an idea. She said, “We are getting ready to marry but we don’t have to let this opportunity slip again. So why don’t we use the money for our wedding to push this travel? When I go and things turn out well, which they would, it will be for our own benefit. I can come back again so we have a grand wedding and later go back together.” 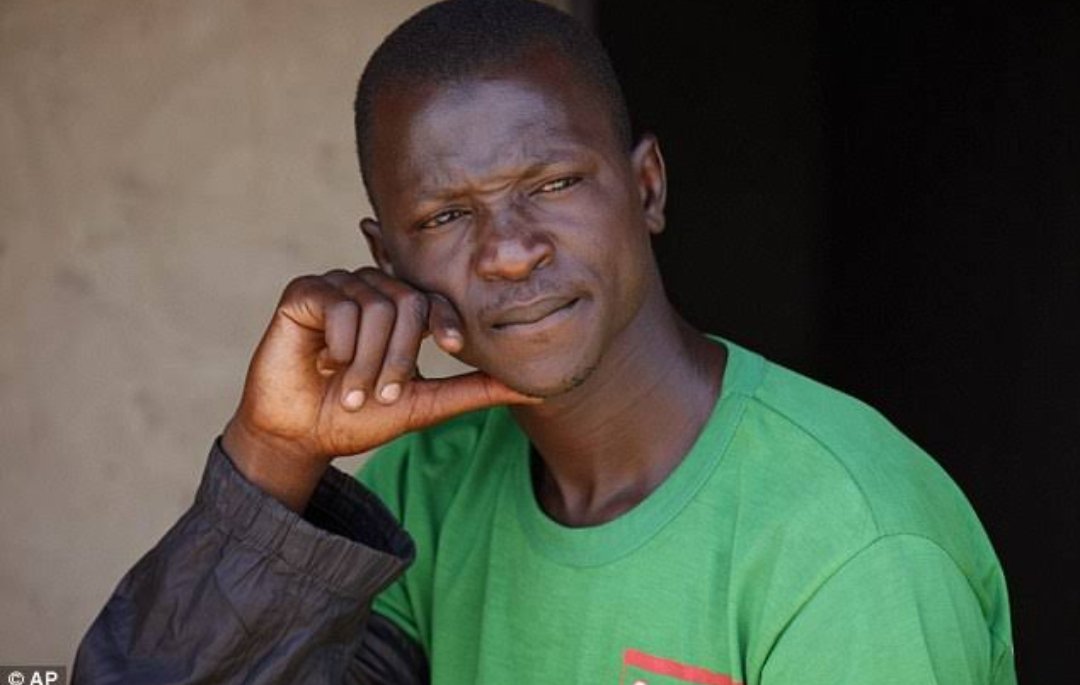 I thought about what she said carefully and agreed with her. I thought to myself, “If my wife travels outside and does well in life, it’s also to my own benefit. With the right kind of papers, she could come back for me so we go and continue the marriage there.” So days later I told her, “It’s a good idea. We can have a traditional wedding. Something small between our families. Then we can channel the rest of our energy into your travel.”

She agreed with me. We sat down and assessed our finances together to see how much we had to put into the whole thing. She didn’t have much. What I had also couldn’t cater for the whole arrangements. She said, “Let’s forget about the traditional marriage then. You can come home with a drink and perform the knocking with two or three families. That’s enough for us so we can reserve a chunk of the money to complete the traveling process.

I knew what was right. The traveling was important but I also had to ensure that I marry her the right way. So when the time came, we did the knocking. A few weeks after the knocking, the traditional marriage followed. We didn’t have enough time to even enjoy our newfound position in marriage. We had to start pursuing her traveling project immediately. We were able to raise some money during the marriage. We invested the money into the traveling. When the person doing the traveling documents asked for extra money, I went into my account, scrapped everything there, and gave it to her.

Soon we were done with all the documents she needed to travel. It was left with her airfare. We both didn’t have anything left in our names to purchase the ticket. I called on few friends and they couldn’t help either. So I had to go for a loan from the bank. Everything was set for her to leave. I remember what she said the night before she left. She said, “I know our situation now and how much we owe to other people. I will work hard and pay before they start causing us trouble.” I said, “I trust you but when things do not go as expected, don’t hesitate to come back home. Home is home and you still have all the love here.”

She went with all the support and prayers she could get. Four months later, there was no job for her. She sent a message, talking about the difficulty in finding a job and getting money to even pay rent. A year later, all was well. She had sent money home for us to pay what we owe. She called one day and said, “I’ve sent the money through my mother. You can go for it and pay the loan you took from people. I went to her mom for the money and it was enough to even offset the bank loan. I was ok.

Another time she called again, “I’ve sent money to my mother. You can go for your part of the money.” I asked how much and she said, “Whatever she gives you is how much I sent.” Again, I went to her mother asking for the money and she gave me something. The next time we talked, I told her, “You can send money to me directly so why must you always send it through your mother?” She said, “The charges. Sending it separately will increase the charges. It’s better I send it through one person.” I asked, “Why don’t you send it through me then?”

She got angry. How can I send money to my mother, the woman who gave birth to me, through you? Would you have done that if you were in my shoes?” I didn’t want to prolong the issue so I said, “It’s ok. No matter how small the amount, send it to me. If you like, let them deduct the charges from what you’re sending me. I prefer it that way.” The first time she sent money to me directly, the amount was so small I laughed. I asked, ”But why?” She said, “You told me they should deduct charges from it so they did. You got what was left.”

That day I told her, “Don’t send money if you don’t have it. I’m working. I can take care of myself. The loan had already been paid so I’m fine. I will be ok knowing that you’re Ok.” She had never sent me any money since. I’m not complaining. I’m still Ok.

It’s been four years since she had been gone. She calls me and complains about hardship and all the stress she had to go through to make ends meet, yet every Sunday, her mother comes to church to give testimony about how God had been so good to her daughter since she traveled abroad. A year ago, she came for her senior sister. She never discussed anything with me or whatsoever. When I asked her she said, “Do you mean my senior sister can’t travel abroad without my help?” Another time she said, “I had to help her come here because nurses here take more money than in Ghana. I gave her that help because of her situation.”

Guess what…Her senior sister is married with two children. I’m not saying because of that she shouldn’t help her but when we were going through all the stress looking for money for her travel, her senior sister was there and contributed nothing. I thought I would be her priority but no. Her family is her priority now. While she communicates hardship to me, her family is living better than they used to. Her mother has two taxis I’ve seen with my own eyes and have been told. She denied ever buying taxis for her mother.

Everything that is going on now makes me feel like she’s no longer interested in the marriage. Before she left, the plan was for her to come for me. Fours years later, she hasn’t made mention of that plan. The last time I raised it she said, “So all the suffering I’m going through here doesn’t bother you? You only think about your selfish interest. How do I bring you here when it’s difficult to make ends meet?”

She doesn’t call me until I call her. When I call, all she talks about is work; “I’m working different schedules at different places all because of the hardship down here. Pray. I can see a breakthrough along the way. When that breakthrough happens, you and I will be together at last.”

I’m sick and tired of everything. I know I have to just leave the marriage and concentrated on my own life but everyone tells me to be patient and pray about it. I’ve made our pastor called her so the two of us can have a counseling session. She told the pastor point blank that she doesn’t have time for such things. It looks like the straightforward answer to my situation is to walk away but it’s not easy. I wish there’s a way I can make everything right but it’s hard. I want to own my marriage and I want to win this battle but how do I do it without destroying our marriage?