The wife of embattled Deputy Commissioner of Police (DCP) Abba Kyari, fainted at the Federal High Court in Abuja on Monday. 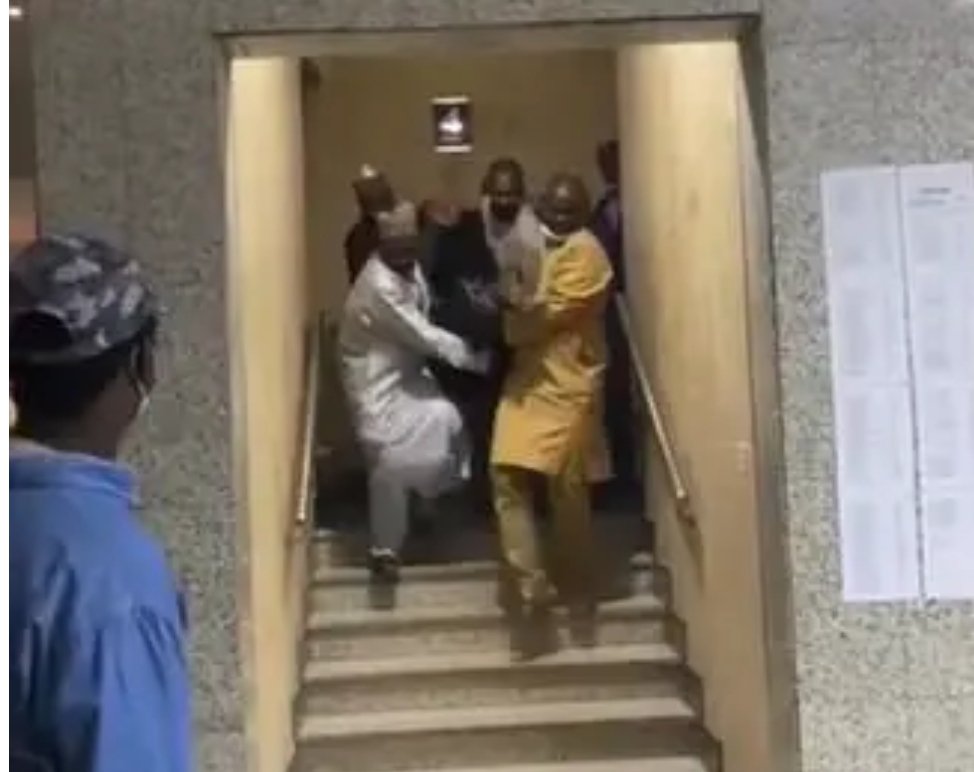 POLITICS NIGERIA reports that the incident happened while armed operatives of the National Drug Law Enforcement Agency (NDLEA) were leading Kyari and the other drug deal suspects away from the court premises.

As of the time of publishing this report, efforts are being made to resuscitate her. She is believed to be asthmatic.

Kyari who is facing fresh drug trafficking charges brought against him by the NDLEA, pleaded not guilty before Justice Emeka Nwite of the Federal High Court, Abuja on Monday.

The NDLEA had filed eight counts of hard drug trafficking against him and six others.

He is also being charged with obstruction of justice through attempted bribery of NDLEA personnel.

However the incident sparks reactions on the social media as Nigerians believe she just pretending to cover up her husband case.