HomeSA NewsSA Lawyers Kick Out As Zimbabwean lawyer Presume With a work Visa Allowed to work in SA?
SA News

The high-profile South African lawyers who were meant to present the challenge to the disputed July 30 Zimbabwe elections to the nine-member Harare Constitutional Court on Wednesday will not be able to represent opposition MDC alliance leader Nelson Chamisa. 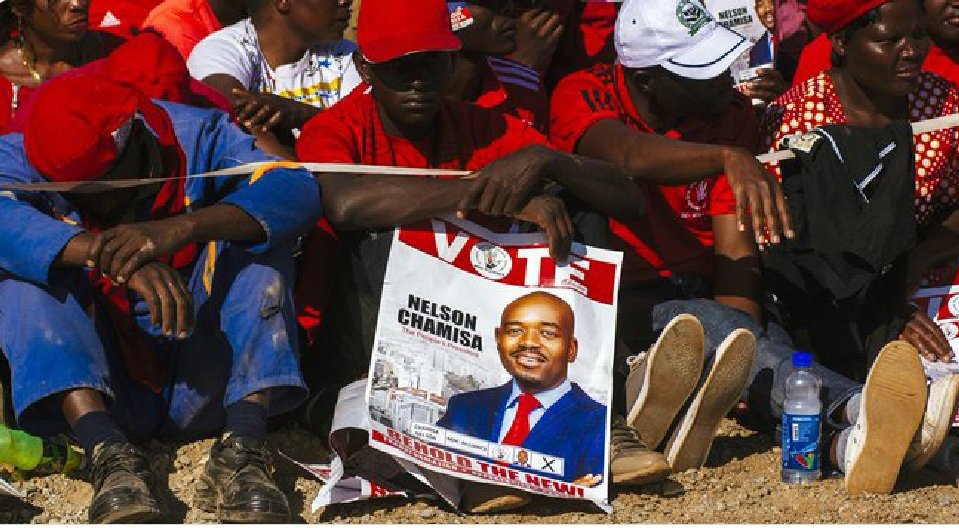 Speaking to state ZBC radio on Monday Zimbabwe’s Justice Minister Ziyambi Ziyambi said the “temporary work permit applications by the South African lawyers arrived at his office after he had already left on Friday.

Ziyambi also added that besides the applications arriving late, the lawyers did not provide supporting documents such as their curriculum vitae.

Chamisa has assembled a large team of lawyers, led by local advocate Thabani Mpofu, to present his election petition.

Among the South African advocates meant to represent him on Wednesday were Tembeka Ngcukaitobi, Dali Mpofu and Jeremy Gauntlett – who travelled to Zimbabwe last week to join Chamisa’s legal team and offer their expertise in the high-profile case.

Ziyambi said he had written to the lawyers to get them to send the information on Monday, but had only received documents from Gauntlett.

“The others didn’t respond and they didn’t give us any reasons,” said Ziyambi.

Speaking to News24, Chamisa’s spokesperson Nkululeko Sibanda played down the fact that the South African advocates did not get permits.

“When we were talking to them we were clearly aware that the chances of them being allowed to operate in the country were very slim,” said Sibanda.

The spokesperson said the MDC Alliance had hired the lawyers for their expertise and not necessarily to argue the case before the court.

“The brains and expertise don’t need a visa to operate in the country,” added Sibanda.

The spokesperson said the MDC Alliance had hired the lawyers for their expertise and not necessarily to argue the case before the court.

“The brains and expertise don’t need a visa to operate in the country,” added Sibanda.

It has been almost three weeks since President Emmerson Mnangagwa was declared the winner of the disputed Zimbabwean presidential election and the inauguration cannot commence before the court hearings.

The high-profile application will be broadcast live by state ZBC on Wednesday, the first time TV cameras and microphones will be allowed inside a Zimbabwean court during proceedings.

The local chapter of the Media Institute of Southern Africa is expected to make an urgent application to allow live-streaming of the court case via social media on Tuesday.

In a statement, the media watchdog said live streaming would reach a wider audience than “traditional radio and television channel