A viral video which saw international music act, Wizkid, stopping a fan from recording him while at a night club, has set the internet agog. 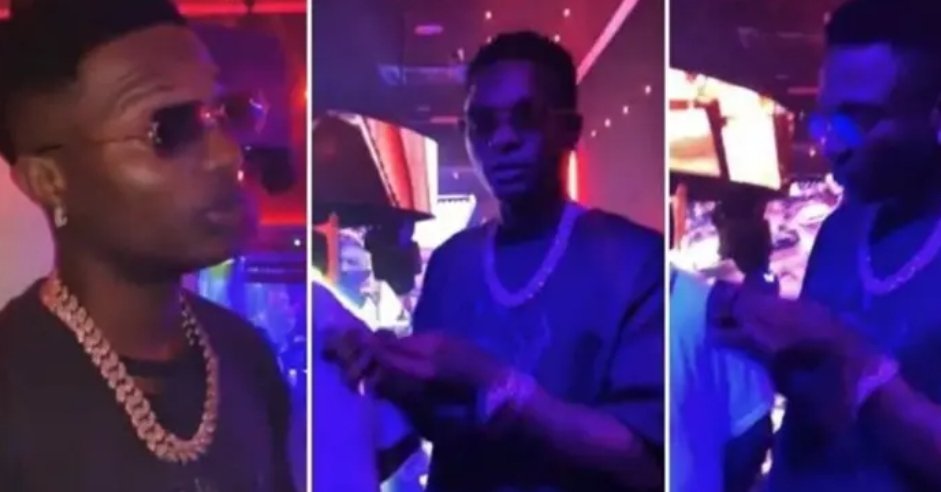 The ‘Essence’ crooner was captured in a video rolling up some marijuana commonly referred to as weed, and while in the middle of it, a female fan started recording him, but he was unaware.

Big Wiz was almost done rolling, when he raised up his head and saw her filming him. He then gestured at her to stop and used his hand to cover the camera.