HomePoliticsPutin’s Advantage is the Certainty that NATO will not intervene militarily on Ukraine’s behalf Because Of This! (Details)
Politics

For the first time in my 25-year career as a journalist, I broke down in tears at the news.

It’s not that I hadn’t been expecting Russian President Vladimir Putin to launch a full-scale invasion of Ukraine. Over the past weeks and months, I suspended disbelief as Russia assembled a giant attack force surrounding Ukraine. 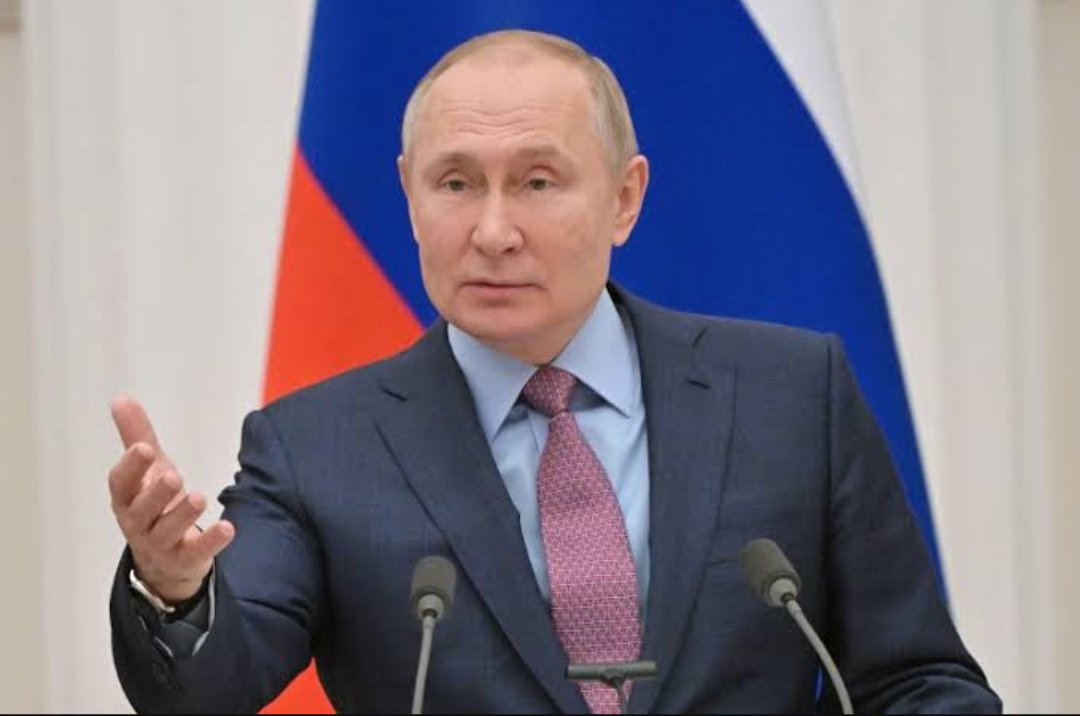 Putin first took an entire nation hostage, then issued the impossible demand that the United States disavow Ukraine’s NATO membership once and for all.
Having covered Putin since his first term in office, I knew better than to underestimate his brazenness.
When Putin finally declared war in a bilious, paranoid speech early Thursday morning, I was shocked but not awed. The tears came later, when I was scrolling through my phone and came across a picture of a Ukrainian military plane that had crashed outside Kyiv, killing five people. That single incident — in a conflict that has cost more than 14,000 lives since 2014 — hit me like a sledgehammer to the face. Suddenly, the tension I had been living with for weeks exploded.
I moved to Washington with my family in August after spending almost five years as National Public Radio’s correspondent in Moscow. During that time, Russia turned into a dark place, where political dissent is silenced with billy clubs and prison sentences.

Relations with the West were in a disastrous state after the Kremlin practically ruptured ties with the European Union and hobbled the work of the U.S. embassy in Moscow so that it had to stop issuing visas.

My wife, who is from Moscow, met me with tears before breakfast. Her mother is Russian, her stepfather, Ukrainian. Following Putin’s fateful decision to escalate his war against Ukraine overnight, her parents woke up in a pariah state.

My connection to Russia and Ukraine is not only through family. I grew up in rural Illinois both terrified and fascinated by the Soviet Union. I studied Russian in college and visited Moscow as a student in 1991, the last year of the Soviet Union’s existence. The Russians I met were euphoric about their new freedoms and the prospect of peace with the West after the Cold War.

In November 2003, as Putin began a slow but methodical crackdown on his domestic opponents, I moved to Moscow as a journalist. A little more than a year later, I made my first visit to Ukraine in the aftermath of the Orange Revolution, Ukrainians’ peaceful protest that succeeded in overturning a rigged election that had handed the country’s presidency to Putin’s favored candidate, Viktor Yanukovych. I will never forget the palpable feeling of liberation on the winter streets of Kyiv — an irrepressible expression of joy, hope and empowerment that people wore on their faces. Taking night trains, I crisscrossed Ukraine from north to south, west to east, excited to discover a new country. Living in Moscow, I often returned to Kyiv, a one-hour flight away, to enjoy its easygoing European joie de vivre, which distinguished it from the hard-driving Russian capital.

Putin, convinced that the Orange Revolution was a foreign plot to tear Ukraine from the Kremlin’s orbit, could not forgive Ukrainians for their desire to align their country closer with the West. Putin’s aggression began with periodic stoppages of natural-gas deliveries to Ukraine. As a reporter, I spent several New Year’s Eves with my laptop next to the Champagne as midnight approached.

In 2010, Putin found vindication when Yanukovych won a close presidential election against Prime Minister Yulia Tymoshenko, one of the heroes of the Orange Revolution. Almost immediately, Yanukovych extended Russia’s lease on its Black Sea Fleet base in Crimea until 2042 in return for a huge discount on natural gas.

But when Putin pressured Yanukovych to back out of a cooperation agreement with the European Union in 2013, Ukrainians again took to Kyiv’s main square, the Maidan, to protest. After a massacre of demonstrators in February 2014, the last of Yanukovych’s support evaporated, and he fled to Russia. Days later, Russian special forces occupied Crimea. Within months, Russian agents fomented a violent uprising in eastern Ukraine designed to cripple Ukrainians’ EU aspirations.

By that time I had relocated to Berlin, but I rushed back to Ukraine. I was in Crimea when the first Russian troops started fanning out across the peninsula, and I covered the creation of two fake separatist republics in eastern Ukraine fueled by a very real nostalgia for the Soviet Union’s economic security — and an endless barrage of propaganda from Kremlin media.

It was important for me personally to bear witness to Putin’s unprovoked attack on Ukraine in 2014. I saw with my own eyes how the Kremlin lied about the presence of Russian troops on Ukrainian soil and branded Ukrainian patriots “neo-Nazis” intent on stamping out the Russian language. In fact, all the pro-Ukrainian locals I met in eastern Ukraine — and most people in Kyiv — spoke Russian as their language of choice.

The struggle for Ukraine is not about Russian language or culture. For Ukrainians, it is the civilizational choice between bowing to a foreign dictatorship or building a European democracy.

For Putin, it means much more than the seizure of territory but the defense of his regime. He wants Ukraine to serve as much as a military as a political buffer zone to shield Russians from the deleterious effects of Western democracy on his rule. Putin’s advantage is the certainty that NATO will not intervene militarily on Ukraine’s behalf.

After 2014, I believed Putin would use the simmering, low-level war in eastern Ukraine as a way to apply pressure on Kyiv as needed. I assumed that he would only choose all-out war in Ukraine if he felt he was threatened by outside forces in the Götterdämmerung of his regime.

I was wrong. Having jailed his loudest opponent, Alexei Navalny, and driven the rest of his critics into their kitchens or exile, Putin feels stronger than ever. After two years of isolation in his germ-free Kremlin bubble, he is ready to take on Ukraine and threaten NATO.

Putin’s strength is illusory. His power to decide war and peace eclipses Russia’s weaknesses: the absence of functioning institutions, an opposition and civil society. Putin is not only depriving Ukrainians of their sovereignty, but Russians as well.

I am struggling with my own helplessness to support my friends in Ukraine. Instant messaging simultaneously shrinks physical distance and magnifies the disconnect between my little world in Washington and their hell in Kyiv.

My best Ukrainian friend, Mikhail, who fled from eastern Ukraine in 2014, lives near the Ukrainian General Staff building in Kyiv. He wrote to me that because he doesn’t trust Russian precision weapons, he went to stay with friends, “far from strategic targets and with an anti-stress dog and cat.” Another good friend, Tatyana, who has a little boy the same age as my son, simply wrote: “in bomb shelter.”

“People will now hate me just for being Russian,” my wife Svetlana said to me through tears.

“No,” I replied. “You need to see yourself as an ambassador of another Russia.”

Our two-year-old son was born in Russia, and I want him to grow up speaking Russian, embrace Russian culture and maybe, one day, make a positive contribution to Russian society. I hope he and Tatyana’s son will meet and become friends.