The Leader Of INRI Evangelical Spiritual Church, Primate Elijah Ayodele has sent a word of encouragement and advice to the president of Ukraine, Volodymyr Oleksandrovych Zelenskyy amidst the war currently going on in his country that has killed several and displaced many. PM NEWS reports. 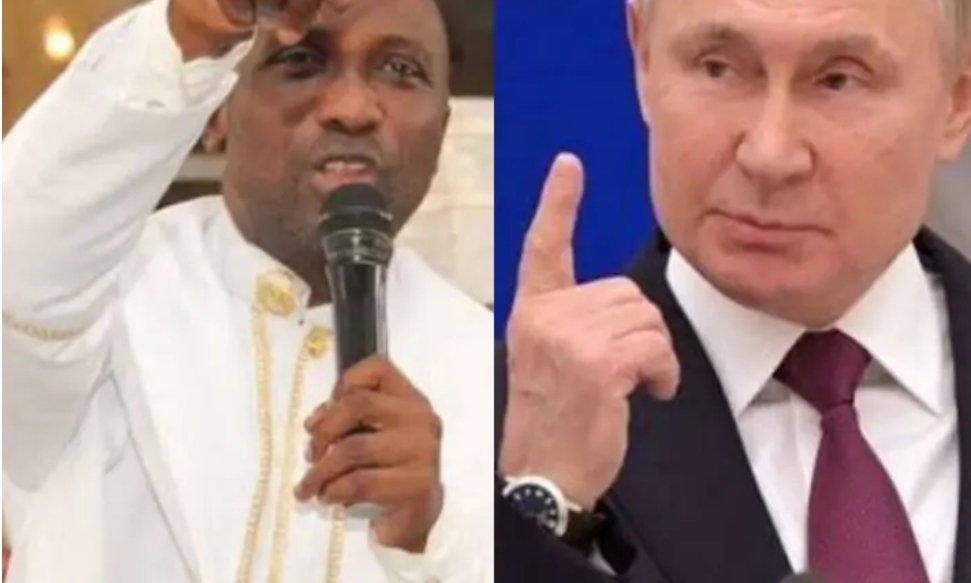 Primate Ayodele in a statement presented by his media aide, Osho Oluwatosin advised President Zelenskyy to move closer to God at a tough time like this in order to fight his battle.

My message to President Volodymyr Oleksandrovych Zelenskyy of Ukraine is to remain prayerful and focused. He should leave all these distractions, though it’s a tough time he should move closer to God. God has him at heart and all he needs to do is move closer to him, he will fight his battle for him’’.

‘’The people of Ukraine should turn to God for help, He has the country at heart, He will come to their rescue.’’ jamb results.

Furthermore, the man of God warned that President Putin is on a mission to destroy Ukraine, remove the president and take over leadership in the country.

He noted that if he is allowed, the world will be affected while reinstating that Putin will not go scot-free.

World leaders should take this matter seriously, Putin has a mission, he wants to destroy Ukraine, he wants to remove the president and take over leadership in the country. If he is allowed, it will cause problems in the world but I maintain that Putin will not go scot-free, God is angry with him. He has proven to be a satanic messenger, he is an agent of the third world war and has gone too far.

Unfortunately for him, God will not allow a third world war to happen, Putin will pay dearly for what he has done”.

‘’As said earlier, he will be assassinated. God will definitely judge him if the world leaders can’t do anything about it. Either way, he will not go scot-free. He is not ready for settlement, he is after achieving his aim.

The world leaders should arise, not with war but the needful.’’