HomeSociety NewsPay Me My Money! Prostitute Fight Dirty With Policeman After He Slept With Her And Refused To Pay (Video)
Society News

Pay Me My Money! Prostitute Fight Dirty With Policeman After He Slept With Her And Refused To Pay (Video) 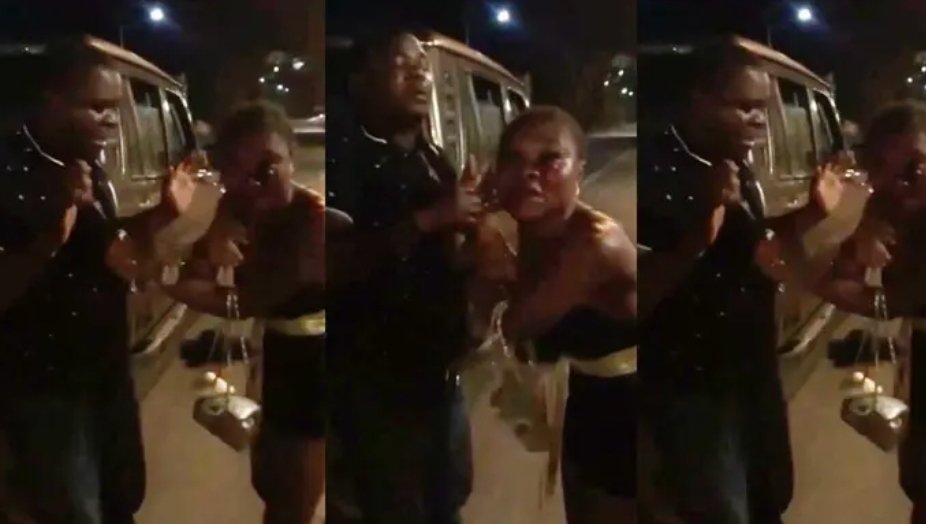 A video making rounds online has shown moment a policeman was confronted by a prostitute he assaulted after refusing to pay her after she slept with him.

The lady who spoke to a passerby who intervened after seeing her with bruises and a swollen face, said the policeman asked for her service but after having his way with her, he refused to give her the initial amount they agreed, leading to a heated argument.

She revealed that the police officer assaulted her after seeing that she wouldn’t allow him go without paying her.