When Lance was deployed to another country, his girlfriend married someone else. He never formed any real attachments to women after that until 20 years later, when the truth came out.

“I’ll be right here waiting for you, Lance. I love you,” Corinne said as they were saying goodbye. Lance was leaving for a tour in the Middle East with his platoon and didn’t know when he’d return.

“Are you sure you want to wait?” he asked one last time.

“I only love you, Lance. Just make sure you return to me,” she added and kissed him. He waved goodbye as his truck sped, hoping that their mission would not take his life and he could return to marry Corinne. But that never happened.

A few months later, Lance received a letter from his best friend, Johnny. He apologized to Lance, but he and Corinne had fallen in love. They got married and even sent Lance a picture of their wedding. How could his best friend betray him like that?

It didn’t matter. Corinne had lied and moved on so quickly while he was counting the days to return to her. What an idiot he had been. No woman would ever lie to him again. 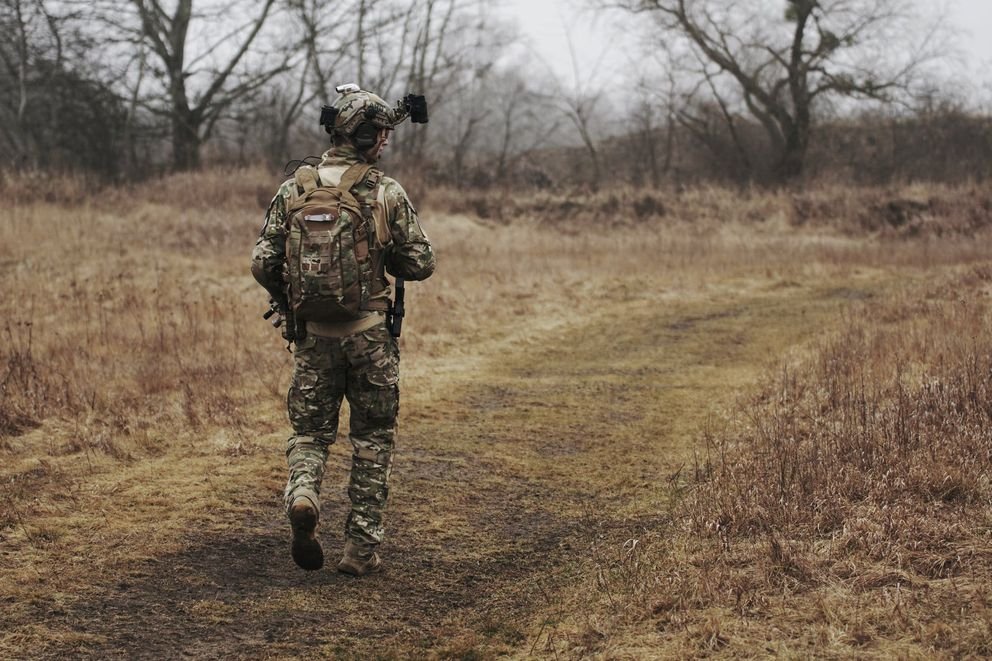 For the next few years, Lance dedicated his entire being to the army. He became one of the youngest and best pilots in his field. After retiring from active duty, he got an amazing job as a commercial pilot and started enjoying trips worldwide.

He met tons of women in that. There was Marie in Sydney and Antoinette in Paris. But he was particularly fond of Michelle in New York. However, Lance was not interested in finding true love. Corinne had killed that side of him.

Now, it was all fun and games for one of the most successful pilots in the world. There was a new girl almost every night and few steady ones on the rotation. But despite his disdain for what Johnny and Corinne had done, he often thought about them.

He never looked for them on social media but wondered if they had kids, as Corinne had always dreamed of being a mother. Also, was she happier with him? He would often think about what might have been if she hadn’t moved on.

But it was pointless. She was married, and her father was a priest. They would never get divorced. Deep down, Lance still loved her enough to wish her all the best in the world. However, during his loneliest nights, he hated her.

20 years passed since Lance received that fateful letter, and he had been starting to feel his age. But a doctor shocked him after his results came out. They had found something strange in his results and wanted more tests.

“I’m very sorry to say this, Lance. But you have a tumor, and you’re going to need immediate surgery,” the doctor finally told him after a week of exhausting poking and prodding. For the first time in his life, Lance was scared and hated that he was alone.

When he woke from surgery, his doctor explained that it went marvelously. He would only need a bit of chemotherapy, but his prognosis was optimistic. Lance was happier, but this situation only made him think about his life and where it was going.

He hated that Corinne’s betrayal had stopped him from forming real relationships with anyone else. So, it was time to take revenge on the two people he had loved the most.

It didn’t take much research before Lance found Corinne on Facebook, but there was nothing much on her profile. There were barely any pictures. Some of them were years old. Regardless, he messaged her.

“Corinne, I know it’s been more than 20 years. But I’m wondering how you are doing? Catch me up on your life,” he wrote.

Corinne answered almost immediately, and they started messaging every single day for hours. Lance remembered how amazing she was and how easily he had fallen in love. He quickly gave up on the idea of revenge but wanted to see her in person at least once.

You can’t come here. You can’t see me like this. I’m not who I was before. I’m damaged goods,” she wrote. Lance was confused. Corinne had never lacked self-esteem. What did she mean? So, he called her on FaceTime and discovered a 20-year-old secret that boiled his blood.

20 years ago, when Lance had been deployed about a month, Corinne’s car broke down at night on a highway. Luckily, Johnny happened to be driving by and stopped when he saw her on the side of the road. He offered to drive her home. They would come for the car the next day.

“Thank you, Johnny. I don’t know what I would’ve done without you,” she told him.

Don’t worry about it. It’s the least I could do. You’re my best friend’s fiancée, and it’s dangerous out there at night,” Johnny said. “Oh, hey. You look cold. Would you like some tea? I just bought it.”

Yes, thank you,” Corinne said and drank from the Starbucks cup. Unfortunately, she had no idea that Johnny had spiked the drink with sleeping medicine.

She woke up the following day at her house without any memory of getting there, but her father and mother were furious.

How could you do this, Corinne!” her father yelled.

“What are you talking about?” she asked, still groggy after waking up.

“You spent the night with Johnny,” her mother said, sobbing.

“What are you talking about? No way. He picked me up last night after my car broke down, and then…I guess he drove me here, right?” Corinne asked, confused. 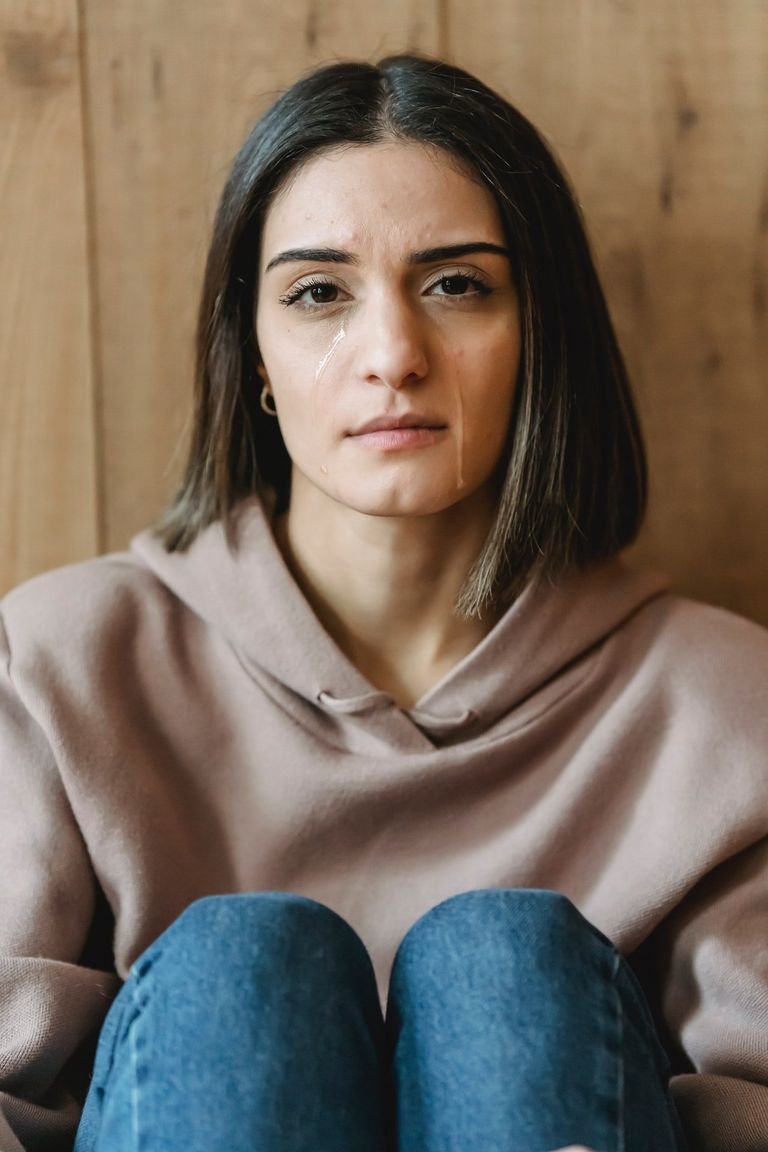 You were gone for hours, Corinne! And he sent us this picture!” her mother added. Corinne grabbed her mother’s phone and saw a picture of Johnny and her together in bed.

“This is not possible,” she said, stunned.

“Corinne, you will not bring disgrace to this family. You’re going to marry that man, and I hope no one else sees this picture,” her father said.

“No! What about Lance? We’re engaged! I only love him. You can’t do this!” Corinne bellowed through angry tears.

You should have thought of that before losing your morals to Johnny,” her father said. In the end, Corinne married Johnny because she didn’t want to lose her family or hurt their reputation.

But Johnny was even worse than she could imagine. He refused to find a job, claiming that nothing was good enough for him, and made her the house’s sole breadwinner. Meanwhile, he spent all day playing video games and watching TV.

Corinne was miserable, and years went by like that. She only smiled when she thought of Lance and what could’ve been.

One day, Corinne had finished her shift and went shopping. When she got home, she saw smoke coming out of her house. Johnny was passed out on the floor, and Corinne did her best to drag him out.

Suddenly, a burning log fell on them. She woke up in the hospital with Johnny sitting on a chair beside her. “What happened?” she asked.

The doctor came in and explained that Corinne had saved her husband’s life, but she had lost her legs due to the fire. Johnny only had a few scratches.

.You’ll have to take care of your wife from now on,” the doctor told Johnny.

“Of course I will Doc. I’m going to be the best husband to her,” Johnny replied. But it was a huge lie. He still refused to work and quickly got tired of caring for Corinne.

“I’m already doing everything around here! You’re no good to me anymore! What man would put up with this?” Johnny suddenly exclaimed after Corinne had asked him to get milk.

“Johnny, I’m disabled because I SAVED YOU!” Corinne yelled and cried. But Johnny packed his bags and left her to fend for herself…

“I can’t believe that happened, Corinne. I had no idea. I’m so sorry,” Lance said after hearing her entire story.

“It’s not your fault, Lance. I should have been more careful. I shouldn’t have listened to my father,” she started. “But you know what the worst part is? Johnny revealed years later that he had tricked my parents because he hated you.”

“He hated that you got into the army, and he didn’t. He was never your best friend,” Corinne finished. “And I wasted my life, and now, I’ll always be alone. But I want you to know, Lance. I never stopped loving you. It has only ever been you.”

“It’s the same for me. You’re the only one I ever loved,” Lance revealed. So, he got on a plane and went directly to Corinne. Even with the wheelchair and the years that had gone by, she was still the most beautiful woman in the world to him.

And they would spend the rest of their lives making each other happy.

1. Don’t let others dictate what you do with your life. No matter what others say, your happiness should come first. This is your life, and no social norm or religious expectation should tell you to be unhappy.

2. True love exists. It’s rare and magical. This world wants us to give up on that idea and be practical. Don’t, or you’ll be wasting your life.